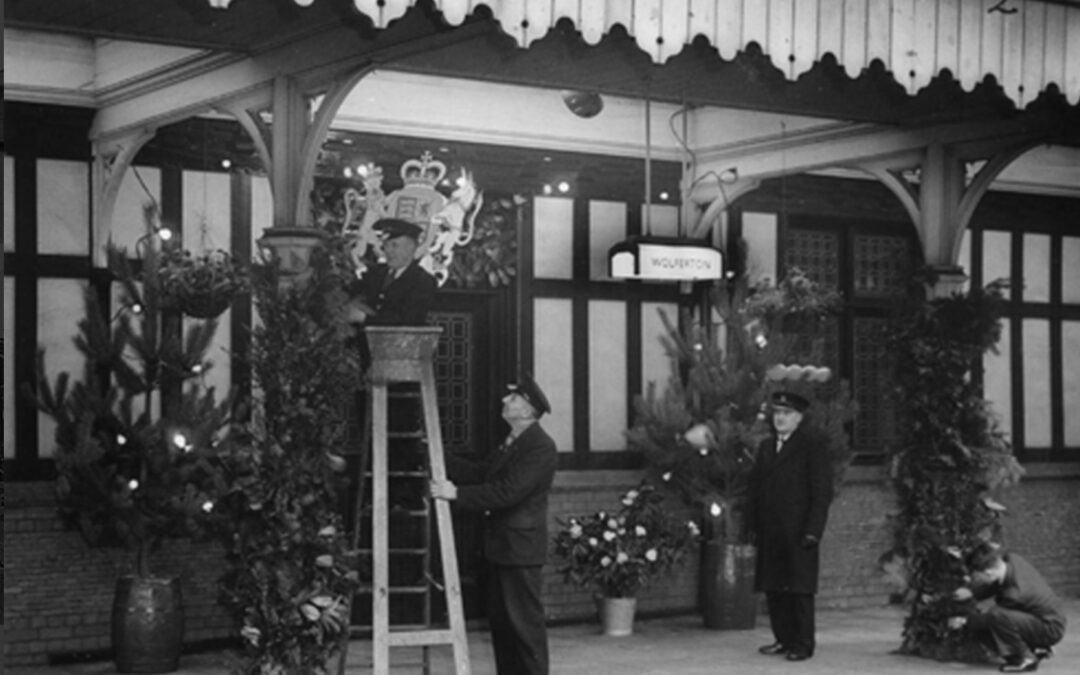 Can you imagine the delight on the faces of the young royals as their train pulled up at the royal station at Wolferton and they saw the platform beautifully decorated with so many Christmas trees? How thrilling it must have been.

Although this photo was taken in 1960, and is shared here courtesy of Richard Brown, who lives at the station, I imagine this is how it looked have looked at Christmas in preceding years when the royal family arrived at Wolferton, before journeying on two and a half miles to Sandringham House for the festive season.

And can you see the glorious royal crest hanging there too, in front of the royal retiring rooms which feature in my trilogy, The Royal Station Master’s Daughters?

Wolferton station opened in October 1862 and the last royal train ran in 1966, though the line remained in public use until 1969, a total of 107 years. It was used by royal relatives travelling from all over Europe en route to Sandringham with as many as 645 royal trains recorded by royal station master, Harry Saward, between 1884 and 1911.

Decades on, Sandringham is still where our royals choose spend the festive season. This year must have been a poignant time for them as they reflected on their first Christmas without Queen Elizabeth, who as well as being a monarch was a mother, grandmother and great grandmother, and while there she could relax and allow her mischievous sense of humour to shine. I can appreciate that particularly as this year I lost my mother.

I hope King Charlies was heartened by the enthusiastic support of well wishes who greeted them warmly when they left church after their Christmas Day service.

I believe this is a royal tradition that will continue to run and run.