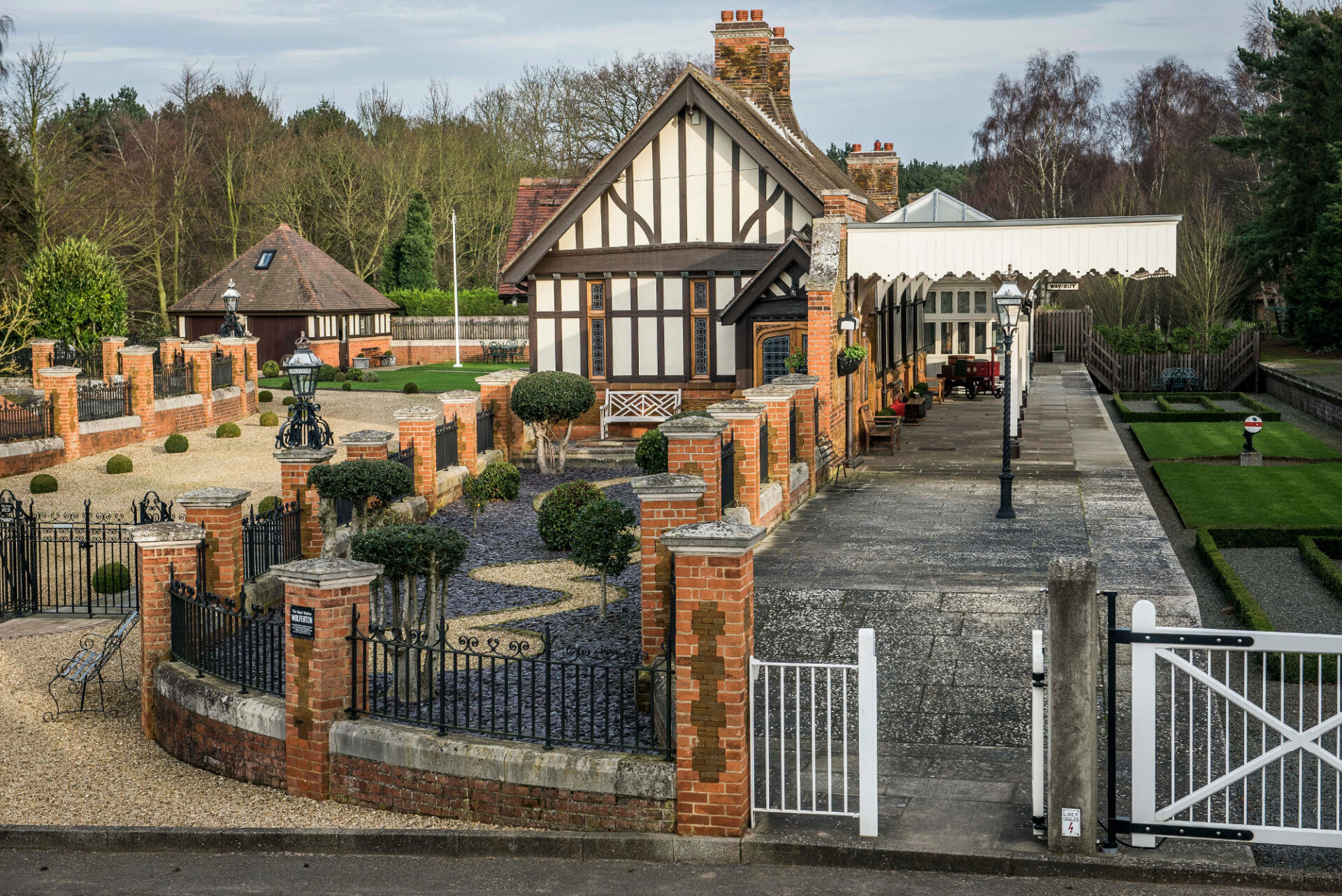 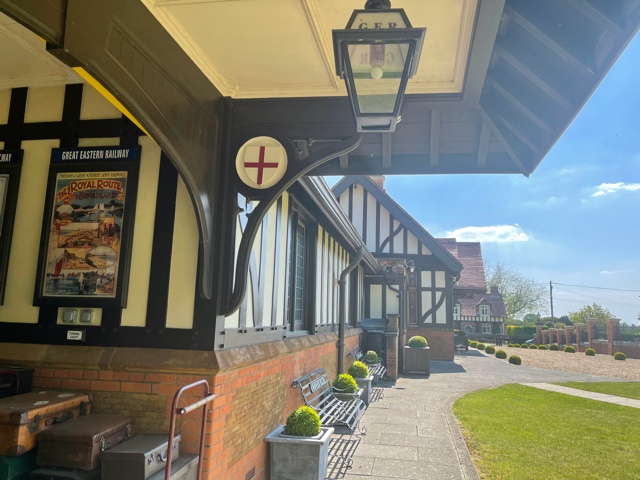 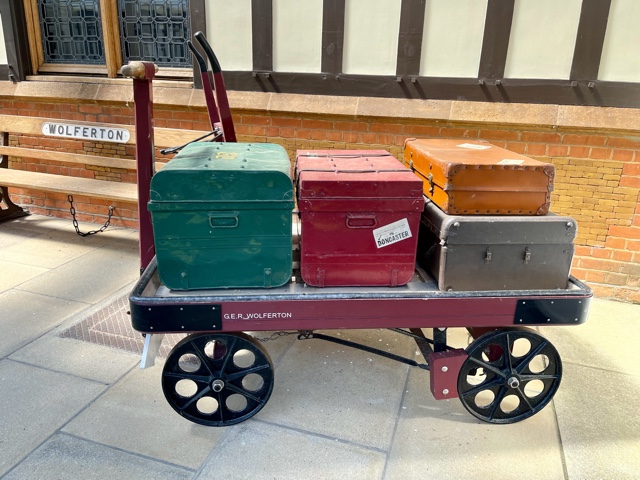 Welcome to The Royal Station Masters’ Daughters. I am thrilled to share their special stories with you that take us on a journey back in time to when royals travelled regularly by rail and in great style.

Harry and his Three Daughters

If walls had ears, I wonder what secrets would unfold from this Royal Station with its unique retiring rooms that was once graced by royalty from all over Europe.

One family in particular, the Sawards, were close to the royals during the station’s heyday in the late 19th/early 20th century. This is their story as I imagined it. It is the story of Harry Saward, the distinguished Royal Station Master at Wolferton where our royals alighted en route to Sandringham House in Norfolk, the much loved country retreat of the royal family since 1862, and his three daughters, Jessie, Beatrice and Ada.

Harry’s position and unique glimpses into royal life span forty years starting from 1884 under the reign of Queen Victoria, then King Edward V11 and King George V. Whilst I have retained real names for Harry and his family in this book, the stories are fictitious, as are the other characters I created, while trying to stay true to historical facts.

Today this small rural station that once welcomed Europe’s royal families and leading political figures of the day is closed, taking its last royal passengers in 1966 and its last fares from the public in 1969.  In its heyday Harry recorded an astonishing 645 royal trains steaming in and out of the station between 1884 and 1911 alone. He would greet the distinguished arrivals and ensure they were comfortable, including, Maria Feodorovna, Dowager Empress of Russia, sister of Queen Alexandra, the Kings and Queens of Spain, Portugal, Denmark, and the King of Greece, and also German Emperor Kaiser Wilhelm 11, cousin to King George V who would go on to drop bombs close to Sandringham in WW1.

Even Rasputin is said to have arrived out of the blue at Wolferton to see King George on matters of war, but was sent packing, most probably by Harry on instructions from the King’s courtiers. Now you can see why I was hooked!

From Sandringham to Gallipoli

This is the first in a series of three books and is set during August 1915 when loyal estate workers from the Sandringham estate, the gardeners and gamekeepers, the dairymen and farm workers, rallied to pledge their support to King and country and were posted to Gallipoli to fight the Turks. The outcome for the Sandringham Company, who made up the 5th Battalion of the Norfolk Regiment, was catastrophic. There was a terrible loss of life.

News trickled home about the scores of deaths and reports of missing men too, their unknown fate providing a glimmer of hope to families that they might still be alive. However, many families faced a lengthy and agonising wait until after the end of the war when the remains of more than 140 Norfolks were discovered, including Captain Frank Beck, the estate agent who in a speech made to families before their departure poignantly promised to bring his men back home.

It’s a desperately poignant story that captured the public’s imagination in the film All The Kings Men, starring David Jason as Captain Beck, that highlights how their fate was shrouded in myths.

I wondered about the fate of the women left behind on the royal estate and wanted to tell their story. This was a whole community bereaved, mourning the loss or disappearance of fathers, husbands, sons, brothers and sweethearts as they continued with their daily lives. How did they cope, not knowing whether their loved one was dead or alive, stoically refusing to wear black arm bands until receiving official confirmation from the War Office that their loved one had died?

My affection for Wolferton goes back many years. I first visited the royal station with my parents as a child. A previous owner had opened it as a museum and when I stepped inside the royal retiring rooms, comprising of separate suites of rooms for the King and Queen so they can relax in comfort and elegance before travelling on to their destination – I am told royals do not wait, like us commoners, they retire – I glimpsed an Aladdin’s cave of royal treasures.

I can recall my sense of awe as I gazed into the display cabinets crammed with royal memorabilia. The station heaved with jaw dropping visitors whose imagination, like mine, travelled back in time. I could scarcely believe I was standing in the sumptuous rooms once graced by four generations of monarchy.

The last royal train ran in Wolferton in 1966 and the station finally closed to public use in 1969, and was much loved by Queen Elizabeth and her young family, with a five-year-old Prince Charles once blowing the guard’s whistle when his great grandmother, Queen Mary, departed from Wolferton, setting off the train ahead of time! 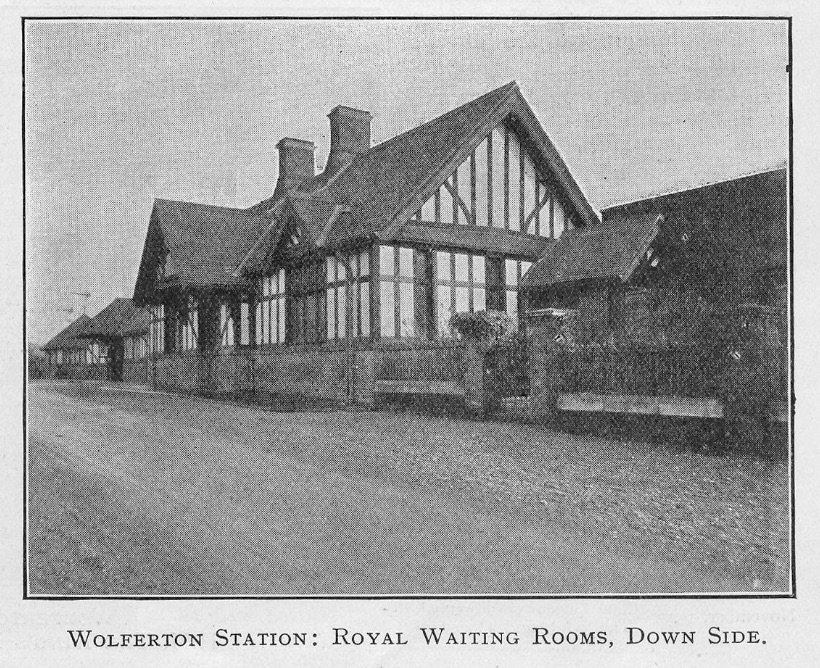 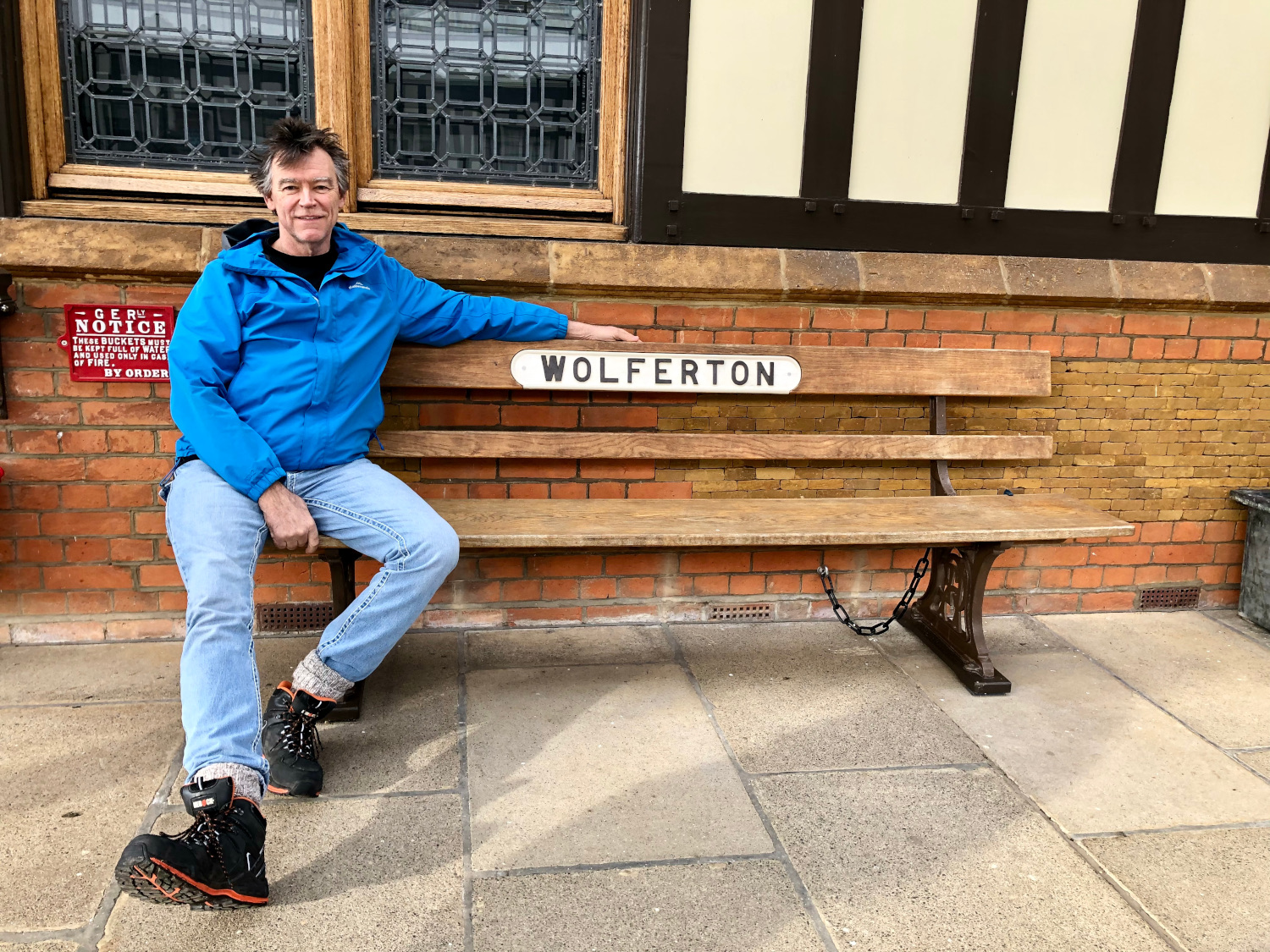 Today the royal station and downside platform is owned by Richard Brown, a railway enthusiast who lovingly restored it to its former glory. He generously and genuinely delights in welcoming guests to step along the platform where countless royals once trod and speaks with great passion about its history.

On the opposite side of the track lives Ben Colson in his exquisite royal suite of rooms, the first to be built at Wolferton station. Ben is one of the most knowledgeable guides at Sandringham House and thrills me with his royal stories and knowledge.  His rooms retain their original features, including an oak vaulted ceiling, a replica of what is in the Great Hall, Windsor.

It’s easy to imagine Queen Alexandra and her ladies sitting there sipping tea from delicate bone china cups. Richard and Ben opened my eyes to a very special world from a bygone era and excited my imagination, for which I am extremely grateful.

However, this book would not have been written if I had never encountered Brian Heath.  He introduced me to his incredible great grandfather, Harry Saward, and put me in touch with his cousin, Penny Coe. They have both spent considerable time and energy researching their family’s unique history.

Brian and Penny have been incredibly generous in sharing their family’s unique history and I hope I have done justice to Harry’s memory. Thank you Brian and Penny!

I’m delighted that The Royal Station Master’s Daughter’s is part of the Memory Lane saga readers’ platform.  Book 2 is set two years later in 1917 and will be packed with more royal stories and dramas for Jessie, Beatrice and Ada and their impoverished relative, Maria who has since flourished as a royal maid.

There will be more wartime heartache and unexpected revelations, culminating in a terrible tragedy at the station.

As we approach the Queen’s Platinum Jubilee in 2022, this is the perfect time to enjoy royal stories. As Harry Saward and his family would say,

‘God Save The Queen!’ 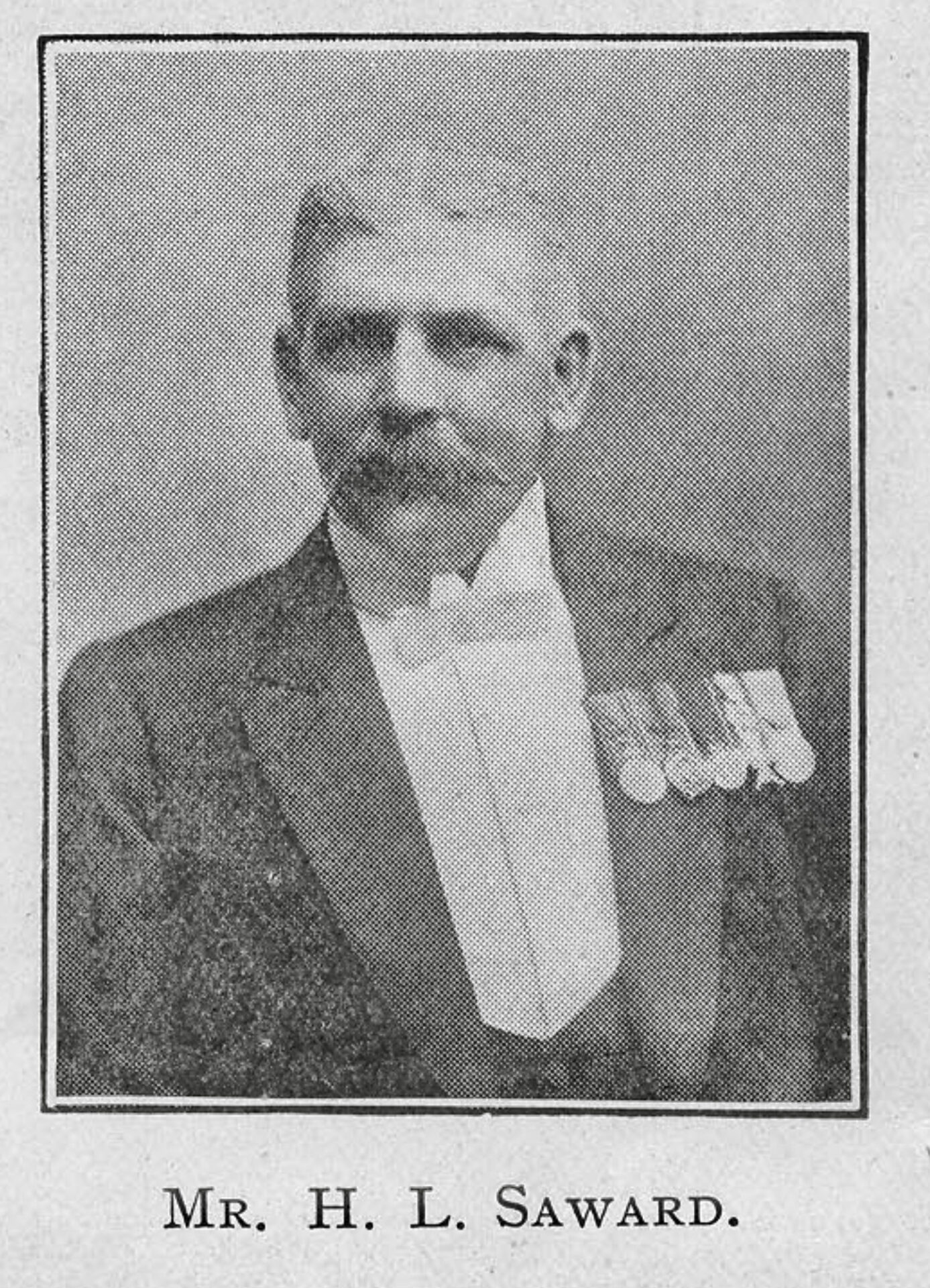 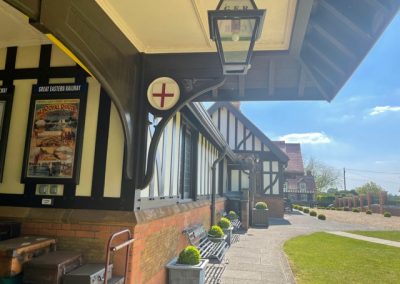 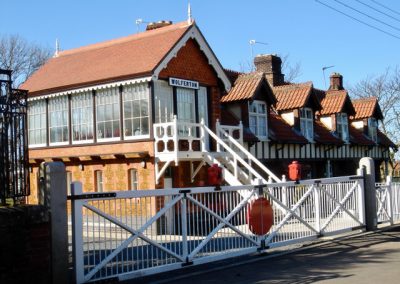 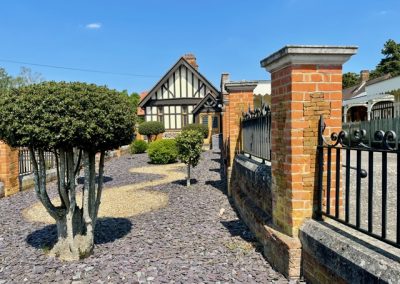 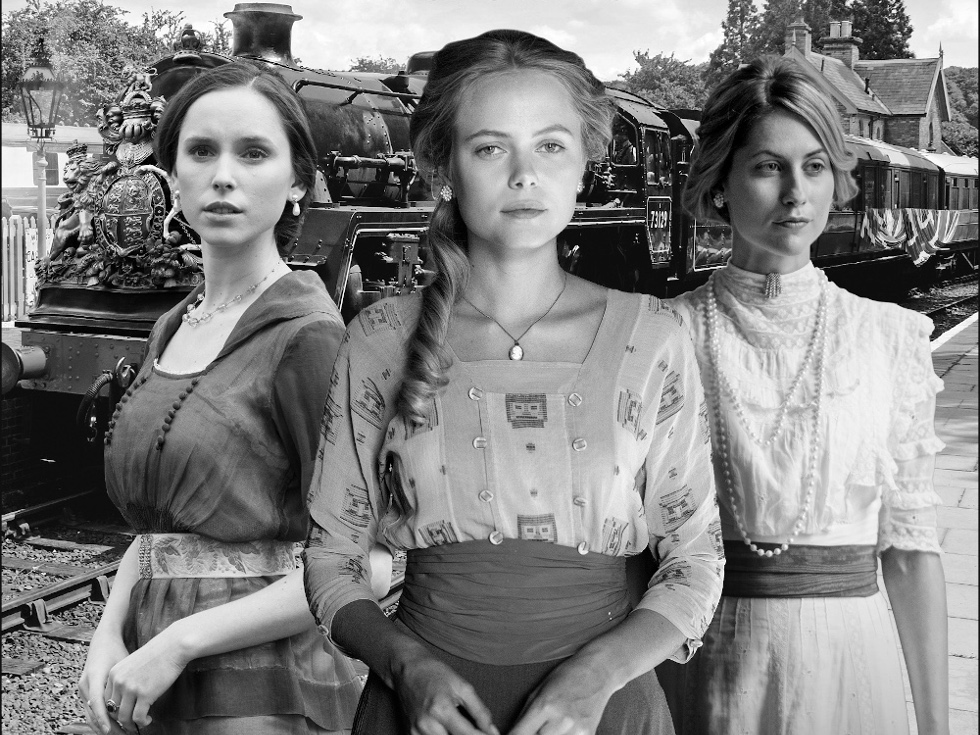 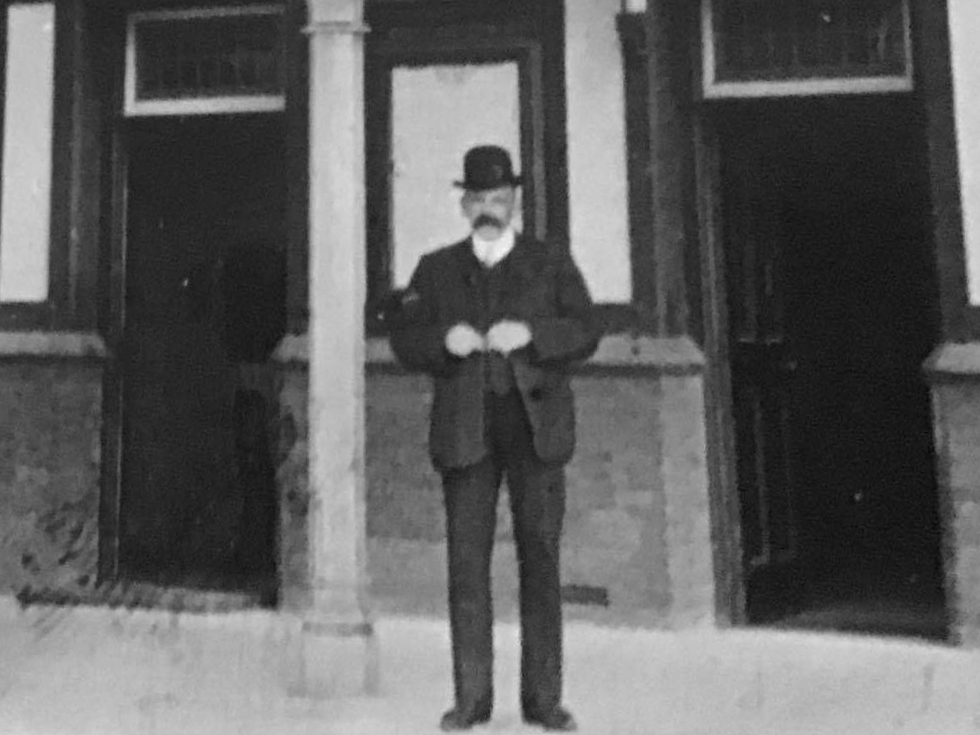