Reminiscences of Wolferton and Sandringham

By Harry Saward. Taken from the Great Eastern Railway Magazine, 1911 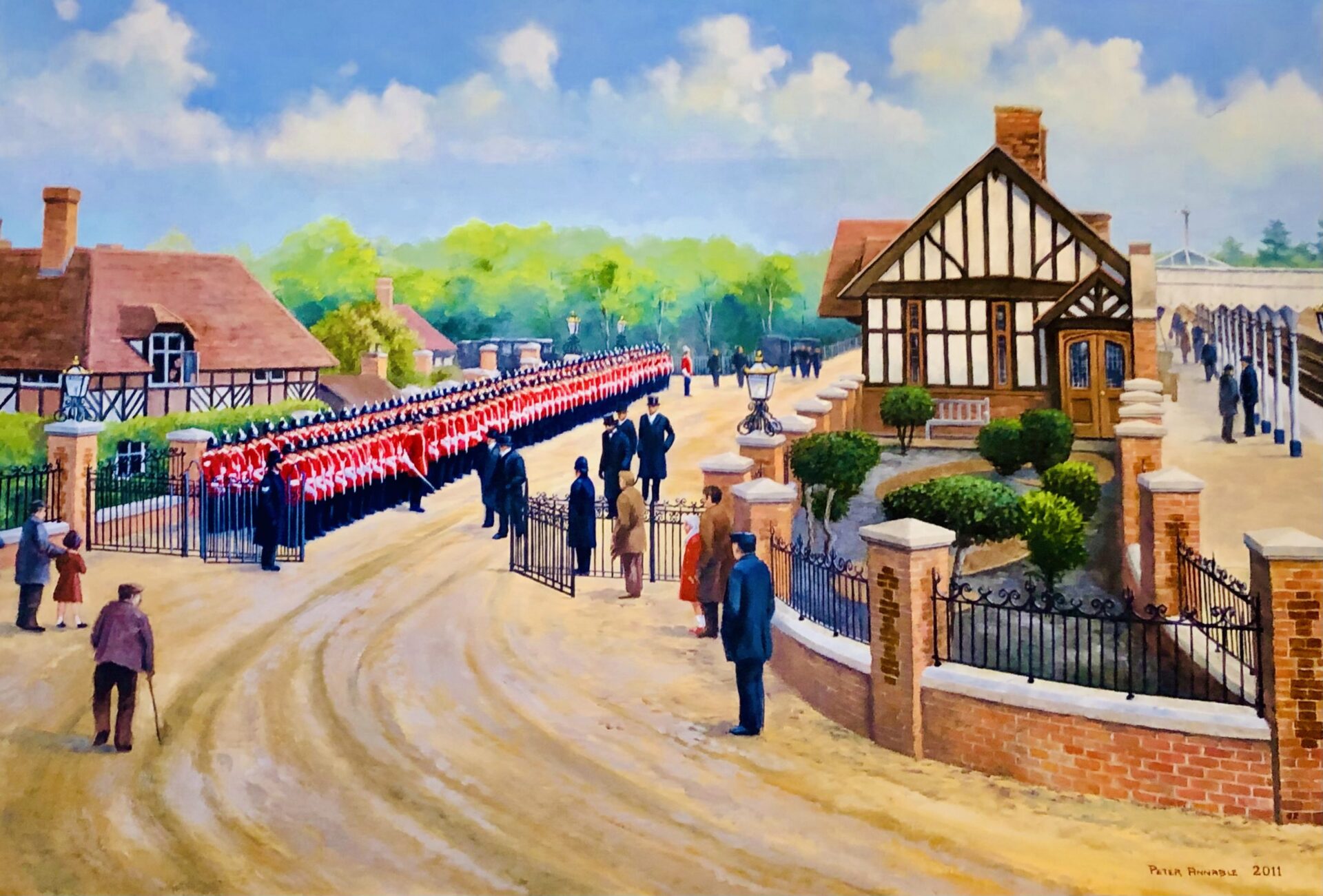 In His Own Words

“I doubt whether there is a prettier station in the United Kingdom at the present time than Wolferton. Situated at the foot of a hill, we have The Wash facing us away to the north, a fine sand cliff with pine-planted slopes to the east, Wolferton church, a prominent object to the west, and to the south, the road leading to Sandringham with banks of rhododendrons just now, as I write, in full bloom. 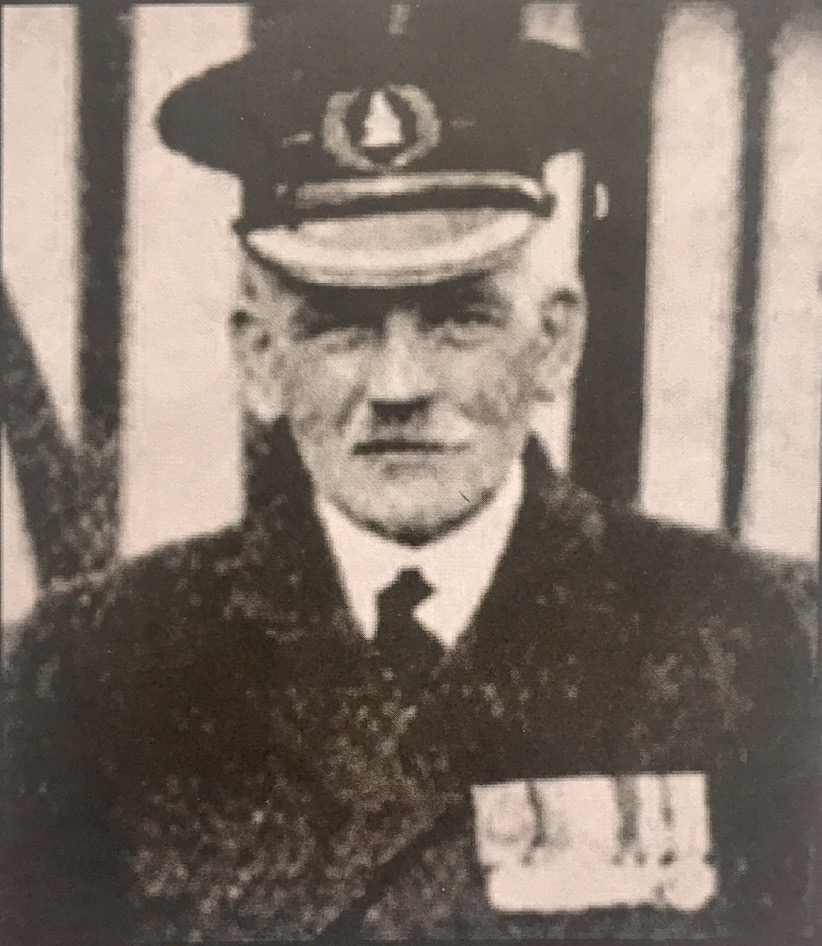 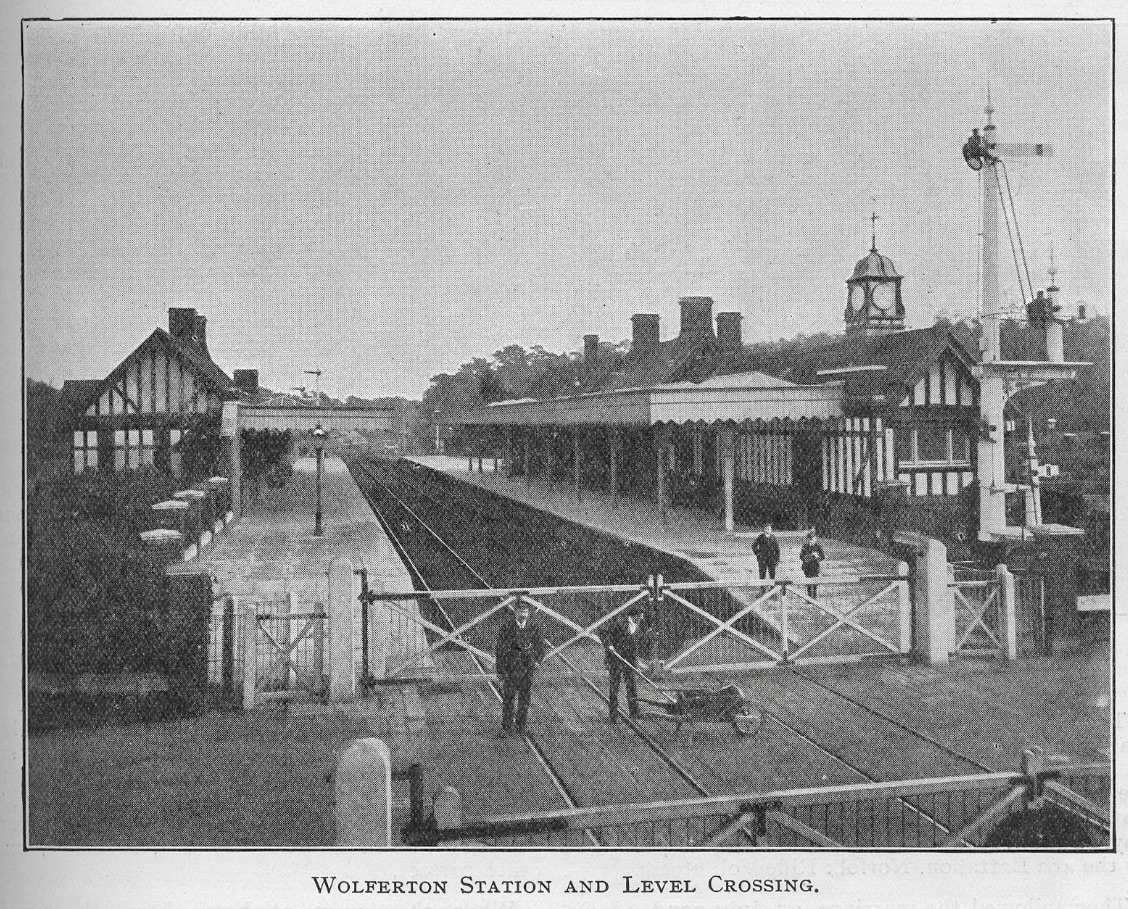 “Fifty years ago, Wolferton was only a little roadside station, and he would have been a bold man who prophesised that it would eventually become, from some points of view, one of the most important stations on the Great Eastern system.

“The purchase of the Sandringham estate by the Prince of Wales in 1862, and his marriage in the following year, however, at once brought the station into prominence, and since then it has gradually assumed an importance unique in its association with so many exalted and distinguished persons. How many heads of state, how many men, and women too, of light and leading in statecraft, literature, science, art, religion, war and social life have stepped upon its platform! I could not, in these notes, mention a tenth of them; they are not to be numbered in hundreds since the day – March 10th 1863 – when the whole countryside turned out with great rejoicings to see their future king bring home his royal bride.

“The Prince and Princess soon became more and more attached to their Norfolk home, especially as their children grew up around them, and the number of royal and other distinguished passengers arriving at and departing from the station became a constantly increasing quantity. In 1876 it was found necessary to provide more appropriate waiting room accommodation, and, consequently, a handsome suite of royal waiting rooms was erected and beautifully furnished, which have, by the way, often been used for luncheon parties when the Wolferton coverts were being shot over. 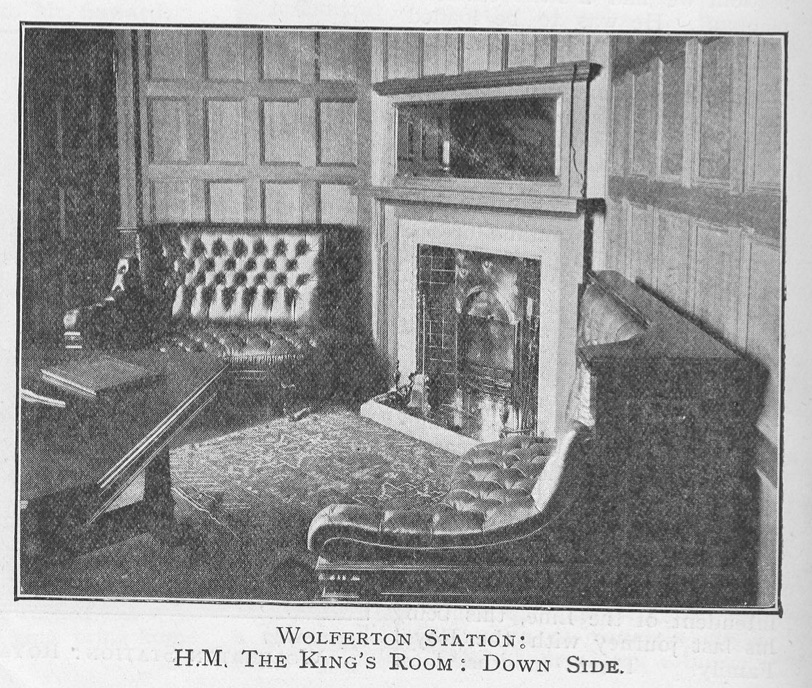 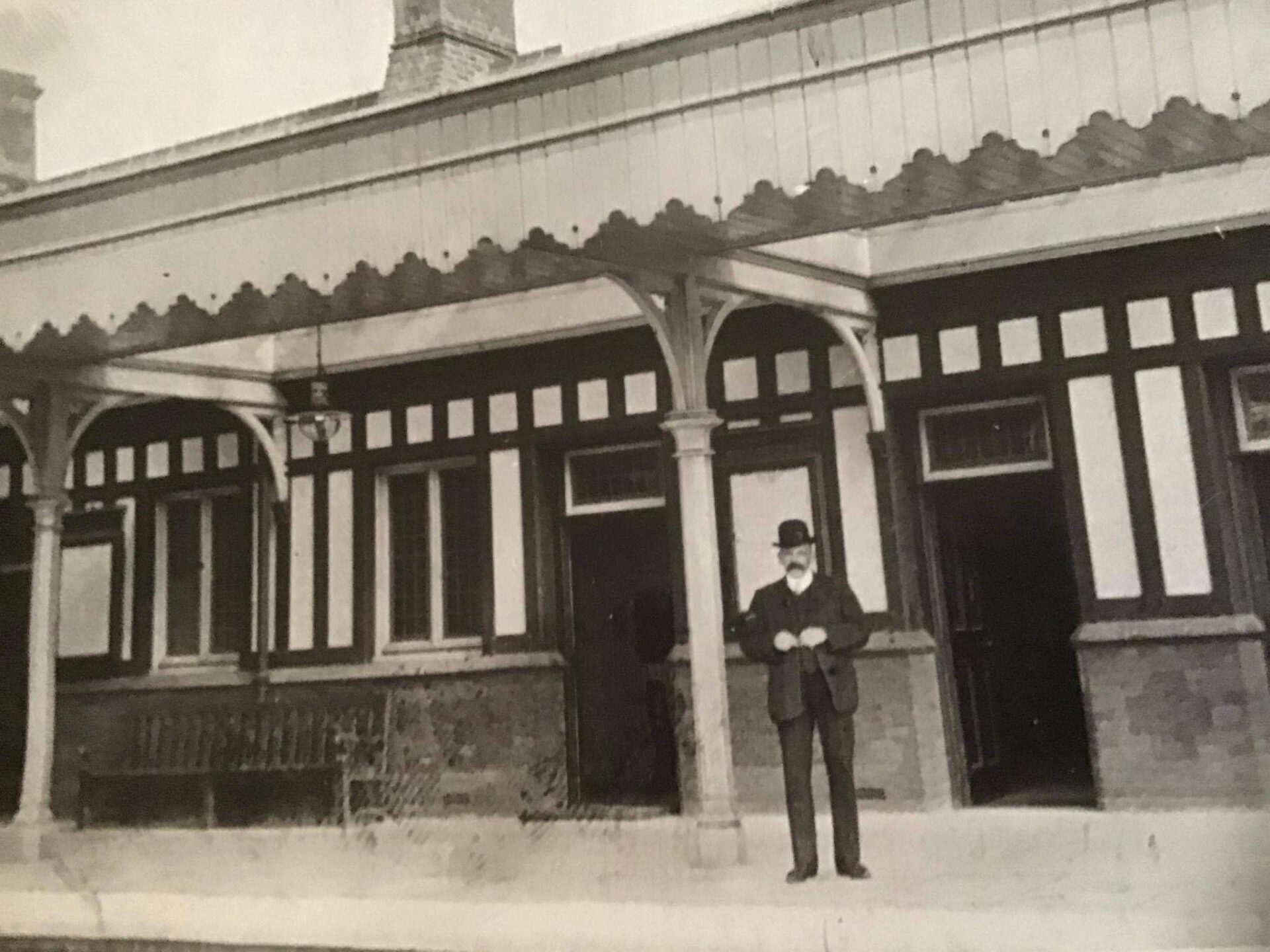 “In 1898 the line between Lynn and Wolferton was doubled, and, except that these waiting rooms were retained, the old station disappeared. The new station included a further suite of royal rooms on the downside, the interiors of which are panelled oak and most beautifully furnished. In one of these rooms King Edward placed a clock taken from his old racing yacht Elene.

“I was appointed station master here in October 1884 and within three months of that date took place the festivities at Sandringham in connection with the coming of age of Prince Albert Victor (the late Duke of Clarence). There was a command performance of Sanger’s circus to the employees on the Sandringham estate. The whole show was conveyed by special trains to and from Wolferton, and when loading up at the station we had a little excitement with a large elephant. He was to be loaded in a covered carriage-truck, but showed some reluctance to enter. As a temporary measure, one of the men tied the elephant’s chain to a neighbouring lamp post which the animal promptly uprooted. He then proceeded to demolish the station gates which he threw into the middle of the road. After this little bit of exercise, he calmly walked into his truck, evidently better pleased with the methods he had adopted than we were.

“On April 23rd, 1889, Queen Victoria paid a visit to Sandringham – the first for many years – which was made the occasion of much rejoicing, the station being specially decorated and an archway built up over the gates. The royal special was in charge of Mr James Robertson, the Superintendent of the Line, this being his last journey with the Royal Family. Three months later Princess Louise, the eldest daughter of the Prince of Wales, married the Earl of Fife who was, at the wedding breakfast, created a Duke.

“The next event occasioning much joy was the marriage of his present Majesty, then Duke of York, on July 6th, 1893. On arriving from London for the honeymoon, the royal couple were met at the station by an escort of the Duke of York’s own loyal Suffolk Hussars and a guard of honour formed by the 4th Battalion, Norfolk Rifle Volunteers.

“Then followed the marriage on July 22nd, 1896, of the Princess Maud to Prince Charles of Denmark (now King Haakon V11 of Norway), the honeymoon being spent here at Appleton House which is still the English residence of their Norwegian Majesties, whom we are always pleased to see. 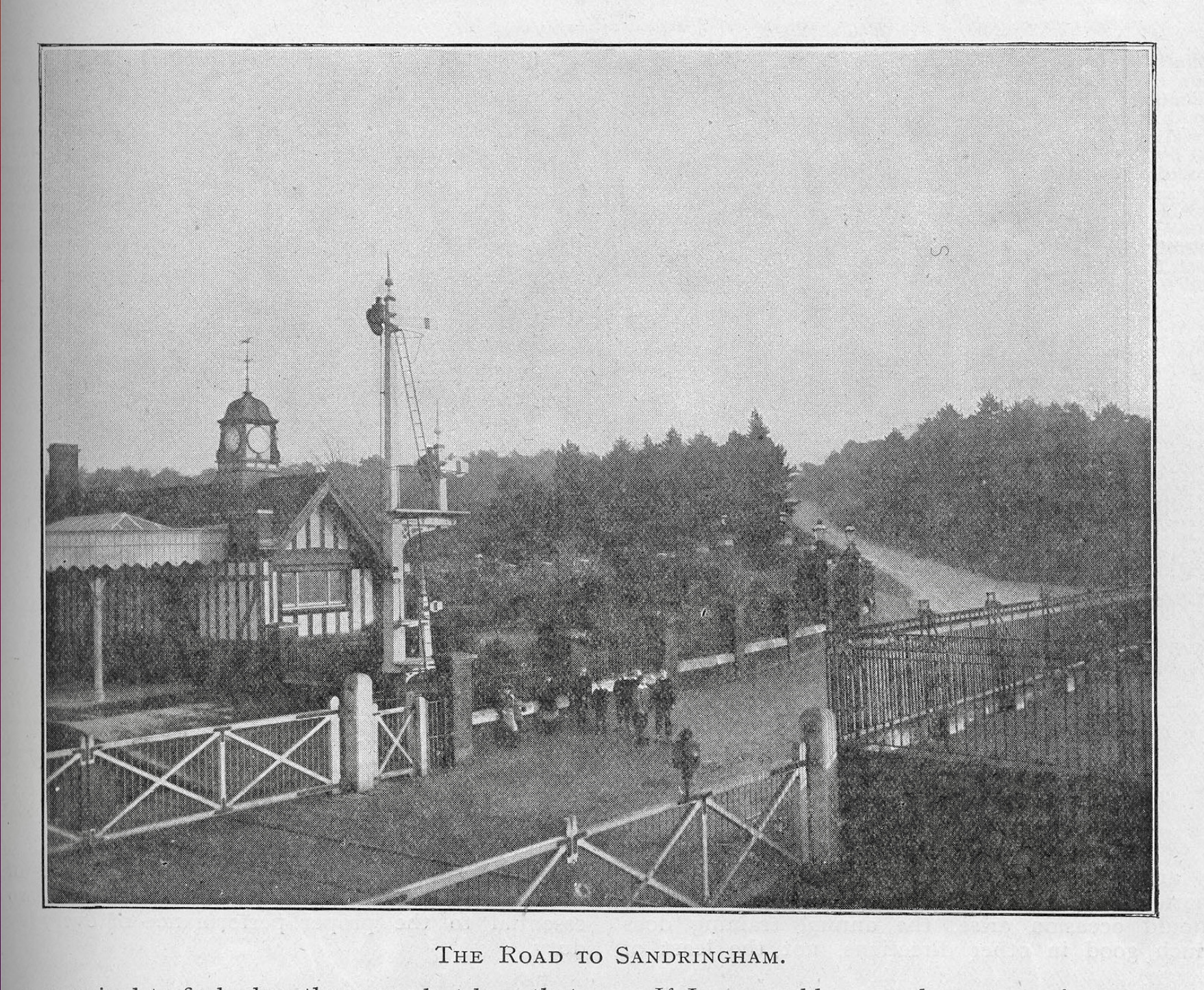 “The following are other instances of visits of Monarchs and their Consorts that I can recall:

July 1893 – the late King and Queen of Denmark, father and mother of Queen Alexandra.

November 1899 – the German Emperor and Empress.

March 1907 and August 1910 – the Dowager Empress of Russia, sister of Queen Alexandra.

November 1905, the King of the Hellenes, brother of Queen Alexandra.

November 1907, the Queen of Portugal and the King and Queen of Spain.

“In addition, I would mention a visit of the present Emperor of Russia when he was the Tsarevich, and also that every Prime Minister who has held office since 1884 – namely, Mr Gladstone, Lord Salisbury, Mr Balfour, Lord Rosebery, Sir H. Campbell Bannerman and Mr Asquith – has passed through Wolferton en route to Sandringham.

“Since my appointment, 645 royal special trains have worked in and out of the station under the orders of five successive Superintendents of the Line – viz, the late Mr J. Robertson and Mr J. H. Nettleship and Messrs. Mr H. G. Drury, R. P. Ellis and F. G. Randall – and their punctual working has been most noteworthy. In this connection I would like to mention a remark the late King Edward once made on the platform when waiting for one of our ordinary trains by which he frequently travelled. On this occasion, by some mischance, it was a few minutes late, and one of the gentleman of the party said something about want of punctuality on the Great Easter. ‘No, no,’ the King exclaimed, ‘I understand the last returns show they are the most punctual line in England,’ which, I believe, to be quite correct.

“When they were at home here, the present Prince of Wales and his brother, Prince Albert, would pay an occasional visit to the station and I was surprised to find when they were last here that the elder brother, at any rate, was quite capable of using the single needle instrument. 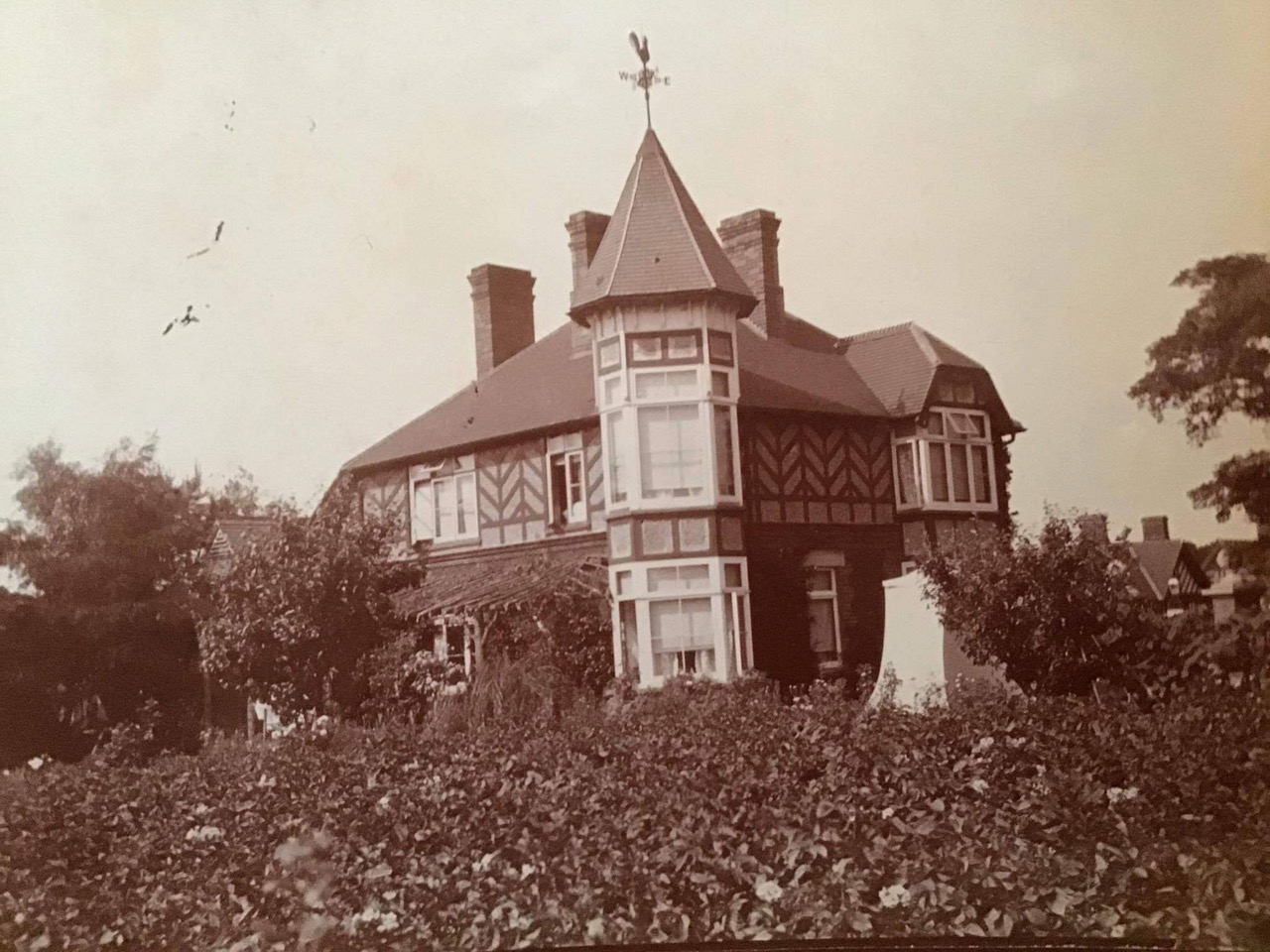 Harry Serves as Sergeant in the Sandringham E Company

“If I may add a word or two of a more personal nature, I should like to mention that in 1885 a cricket club was formed in connection with the station and Wolferton Reading Room, and many of our staff have been, and are members. Engering the Sandringham and District Cricket League in 1895, we have won the Cup on ten occasions. Twice have we secured entire possession of these cups by winning in three successive years. I have had the honour of captaining this team for over twenty years.

“I am proud also to be a Sergeant in the Sandringham E Company of the 5th Territorial Battalion, Norfolk Regiment, and have thoroughly enjoyed attendance at five camps in lieu of holiday-making elsewhere. Moreover, I am sure, that in addition to making one more efficient to serve King and Country should occasion arise, the annual training does much good in other directions, not the least of which is the establishment and maintenance of that degree of physical fitness which is so essential to the proper performance of everyday duty.”

The article and photos is courtesy of the Great Eastern Railway Magazine, archived at the National Railway Museum.