Sandringham and the Royals 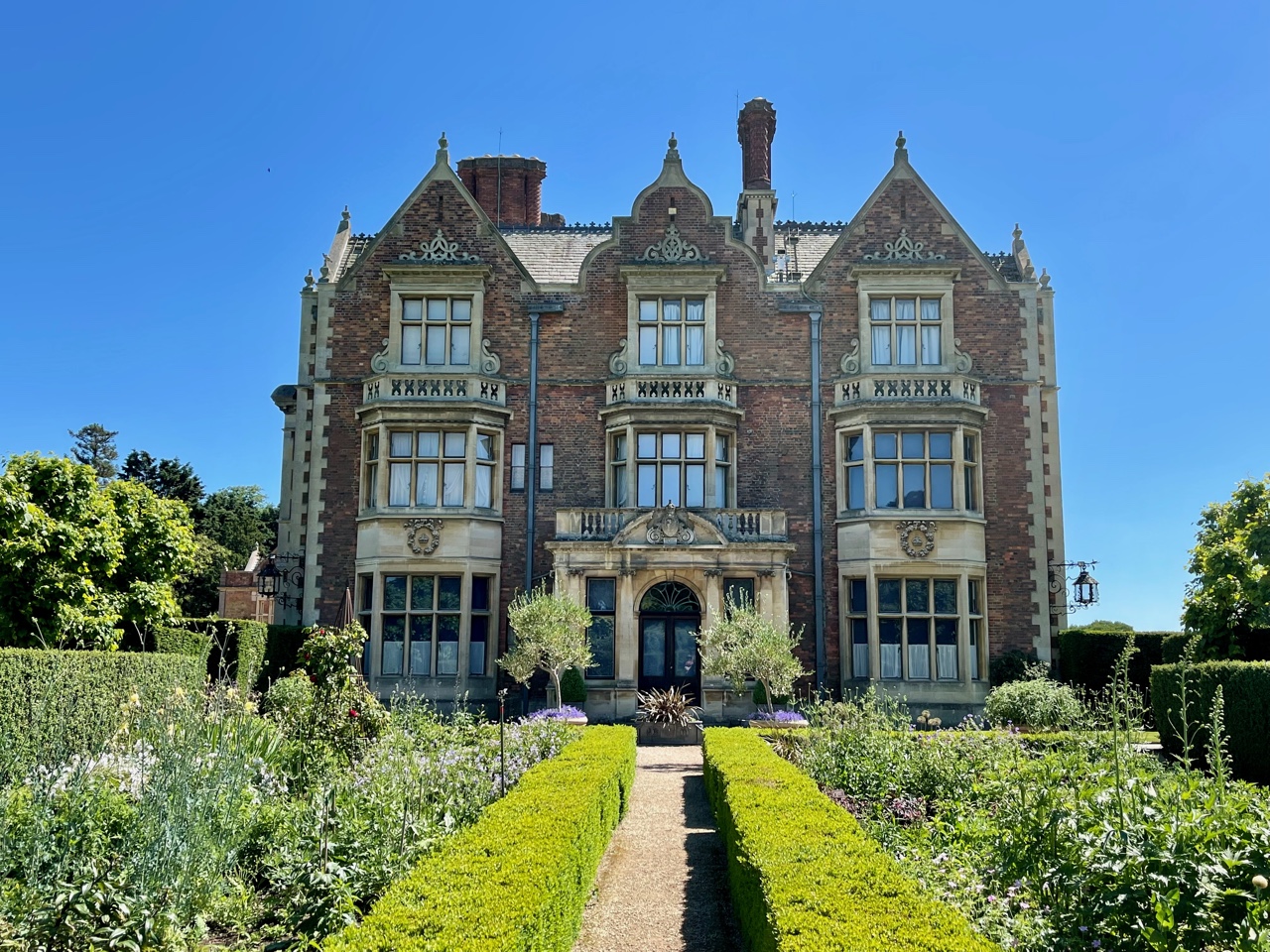 King Edward VII and Queen Alexandra
Prince Edward and Princess Alexandra were newlyweds aged only twenty-one and eighteen when they began married life in Sandringham.

It was March 1863 and the country house was gifted to the playboy prince by his father, Prince Albert, who, following his death, left £200,000 from his estate for the Norfolk retreat which was hoped would keep the young prince away from the temptations of London life.

At the same time the boom in railways was taking place, heralding the arrival of this exciting new technology. The station at Wolferton, on the royal estate, provided easy access for royal relatives in Europe to visit.

The original house at Sandringham had dark, damp, small rooms, and was demolished to make way for a new house which was completed in 1870, with a ballroom added in 1881 and a new guest wing in the 1890s; this is the house that exists today and hosted lavish parties and shooting events. Prince Edward was a modernist and keen to have the latest technological features added, including showers and flushing toilets, believing that cleanliness was next to godliness, and it is this that is thought to have saved his life when he later contracted a severe case of typhoid.

Queen Victoria was an enthusiastic rail user and would travel in comfort in her elegant royal carriages to parts of the country she would not have easily been able to access before, travelling in greater speed and comfort, allowing her subjects around the country the chance to see their Queen. She twice arrived at Wolferton in 1871 when Edward when seriously ill with typhoid, the same infection that killed his father, and it was thought he too would not survive. She visited again later in 1889 for her granddaughter, Princess Louise’s wedding, at Sandringham Church.

This tiny station would go on to welcome royalty for more than a century, with Harry Saward at its helm for 40 years, the genial station master who regularly rubbed shoulders with royalty and inspired the stories which my books are based on. 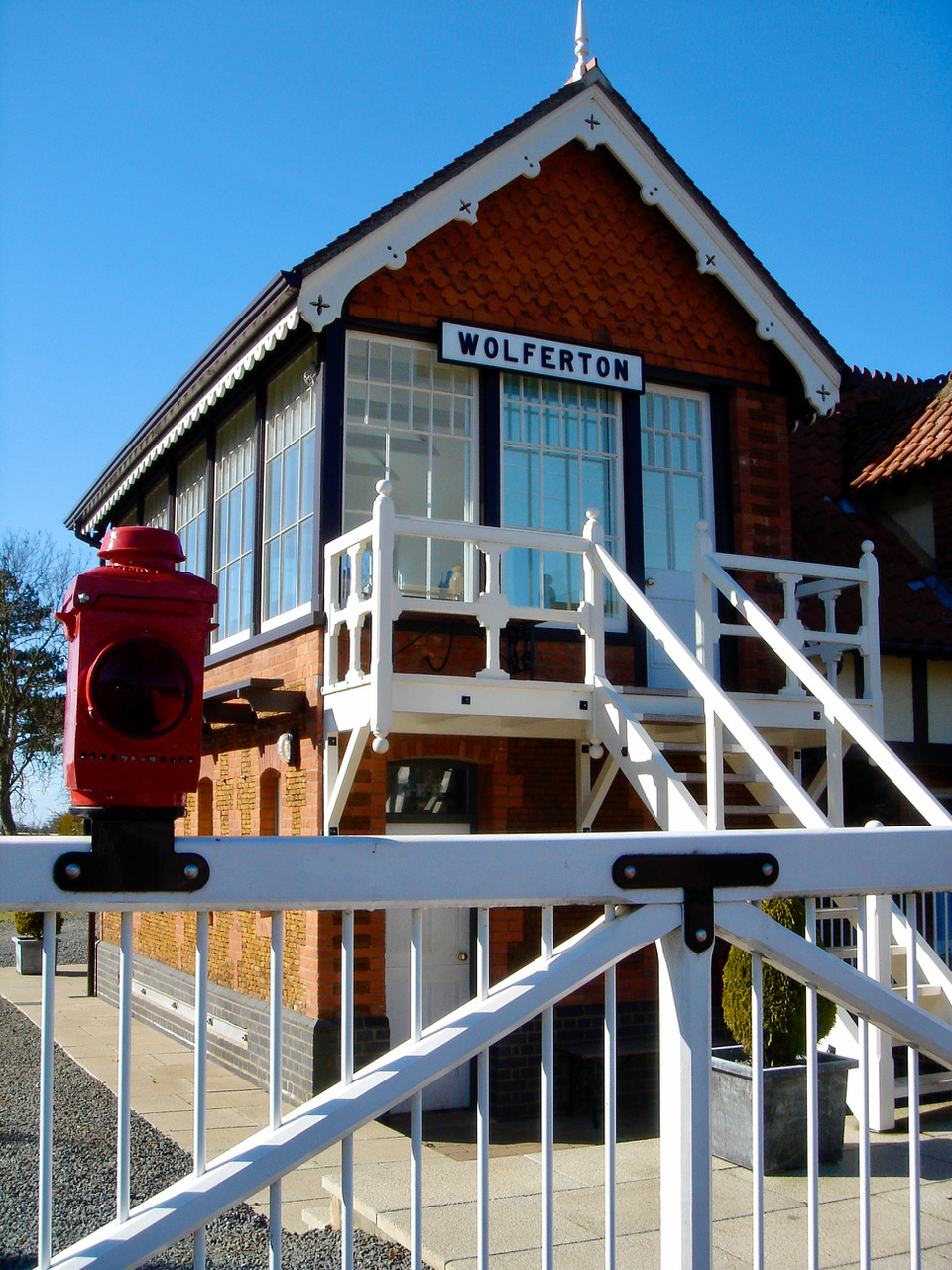 In its early days the Wolferton line only had a single track, and a few years later, as rail travel became increasingly popular and for obvious safety reasons, it became a double track. The original royal retiring rooms were  on the upside platform, for trains travelling to London, while trains arriving from London steamed in on the downside platform where another suite of royal retiring rooms were added in the 1890s. This is the side that has been restored by Richard Brown.

George V is remembered for saying with affection:
“Dear old Sandringham, the place I love better than anywhere else in the world.”

He would eventually die at Sandringham House on January 20, 1936. George VI, father to our Queen Elizabeth, would also pass away there on February 6, 1952 and it is customary for her to spend family Christmas’s there each year, staying in her beloved Norfolk home until after the anniversary of her father’s death has passed.

Edward V111, who initially inherited Sandringham from his father as his heir, later selling it to his brother George VI following his abdication, remembers it as a place of happy childhood memories. In his memoir, A King’s Story, he writes:

“For us children the best part of Sandringham was that there at least we could roam to the limits of our physical capacity. Our free hours were spent mostly on our bicycles. The woodland trails of that great estate became for two boys and their sister on rubber tires (sic) an enchanted forest in which almost anything might happen, although it never did.

“Sometimes we would bicycle to the nearby villages of West Newton or Castle Rising or to Dersingham to buy sweets at Parker’s store. Or we might pedal down to the station at Wolferton to watch the train come in.” One of the restored retiring rooms today at Wolferton Royal Station

Harry Saward is mentioned in the book too for making up a golfing foursome and playing against the young princes (George and Edward) on a nine-hole course in Sandringham Park.

It was also here in a quiet corner on the Sandringham estate, away from prying eyes, that Prince Philip spent much of his time following his retirement from public life and could enjoy life undisturbed.  He was surrounded by a protective cloak of love and affection from all those around him that enabled him to freely take a breath of fresh air and walk along the same rural paths that Harry Saward and his family once trod.