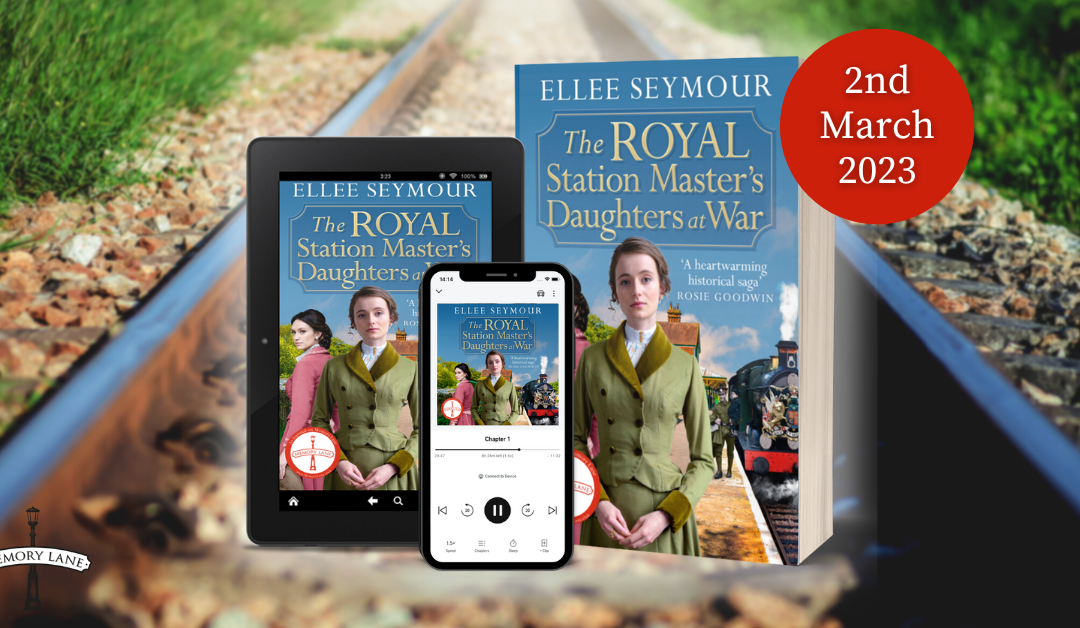 Great news! I’m thrilled to be able to tell you that The Royal Station Master’s Daughters at War, book 2 in the trilogy inspired by a real royal station master and his family, will be released on 2 March 2023!

Whether you like to read from a paperback or kindle or sit back and enjoy having it read to you, all options are available.

Book 2 is set in 1917 and women on the Sandringham royal estate are still waiting for news of their beloved men who joined the Sandringham Company to fight for king and country in Gallipoli.

Maria has adapted well to her new life on the royal Sandringham estate where she works as a maid in the Big House for Queen Alexandra and is in awe of the many treasures around her. It is two years since she turned up at the royal station master’s house to escape her secret past, destitute and with nowhere else to turn. Having proven herself to her relative, Harry Saward, and his wife and daughters, she is now welcomed by them as one of the family. But when Nellie, a mysterious relative arrives in Wolferton, on the run from the law, Maria’s new-found happiness could be under threat.

The Royal Station Master’s Daughters at War can be pre-ordered here, in whichever format you prefer!