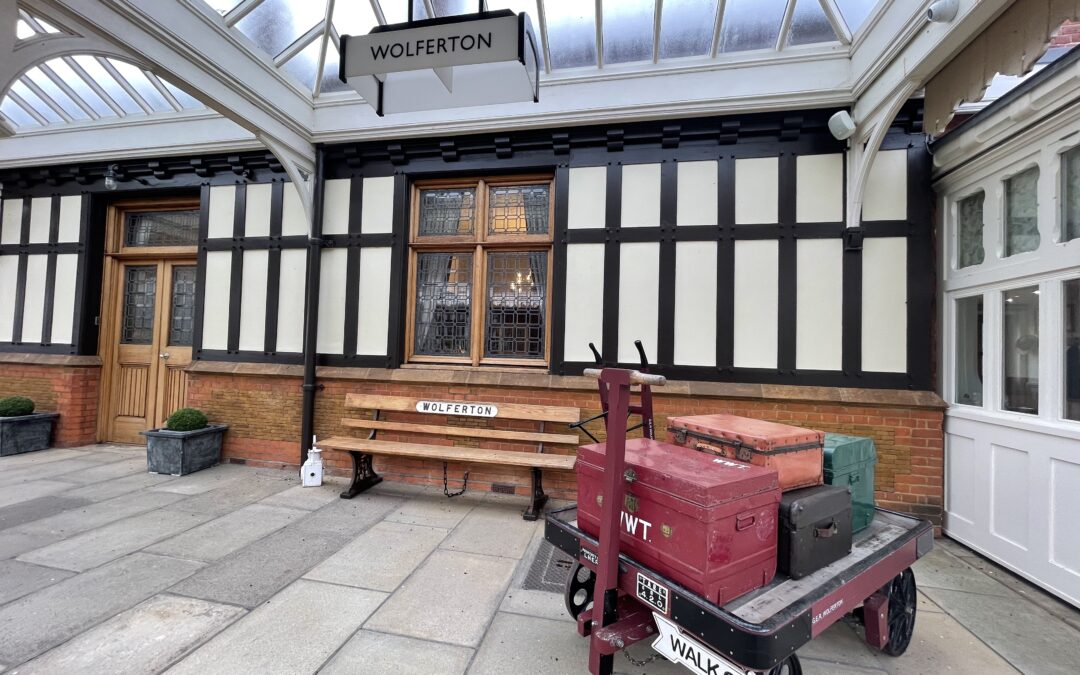 With visitors to the Sandringham expected to soar this year to mark the Queen’s Platinum Jubilee, I highly recommend they take a slight detour and drive down the pretty country road that leads to Wolferton Royal Station, the only one of its kind in the country, and the setting for my trilogy, The Royal Station Master’s Daughters.

One hundred and eleven years ago station master Harry Saward described why it was so special and cited the many royals and leading figures of the day who stepped foot on the rural Norfolk platform. Even a circus was transported to Wolfteron by rail en route to Sandringham for a royal birthday party celebration, with one of its elephants escaping at the station, bringing unexpected drama to the lives of Harry and his family. These are the fabulous true stories that inspired me to write The Royal Station Master’s Daughters, one that has never been told before through the eyes of Harry, his wife, Sarah, and daughters Jessie, Beatrice and Ada.

Harry could see just how special his station was. It shines through clearly in his article for the Great Eastern Railway Magazine:

“I doubt whether there is a prettier station in the United Kingdom at the present time than Wolferton. Situated at the foot of a hill, we have The Wash facing us away to the north, a fine sand cliff with pine-planted slopes to the east, Wolferton church, a prominent object to the west, and to the south, the road leading to Sandringham with banks of rhododendrons just now, as I write, in full bloom.

“Fifty years ago, Wolferton was only a little roadside station, and he would have been a bold man who prophesised that it would eventually become, from some points of view, one of the most important stations on the Great Eastern system.

“The purchase of the Sandringham estate by the Prince of Wales in 1862, and his marriage in the following year, however, at once brought the station into prominence, and since then it has gradually assumed an importance unique in its association with so many exalted and distinguished persons. How many heads of state, how many men, and women too, of light and leading in statecraft, literature, science, art, religion, war and social life have stepped upon its platform! I could not, in these notes, mention a tenth of them; they are not to be numbered in hundreds since the day – March 10th 1863 – when the whole countryside turned out with great rejoicings to see their future king bring home his royal bride.”

Harry went on to say: “Since my appointment, 645 royal special trains have worked in and out of the station….”

Wolferton was clearly a great favourite with royals and their relatives who visited from Europe. No other station in the land can boast such an  astounding number of royal passengers.

Today the station is a much loved home, on both sides of the platform, which I respect and am all the more grateful for the support given to me by their owners.

The Royal Station Master’s Daughters is available as a book from 14 April. It can be pre-ordered here.