Who will be the Queen’s official biographer? 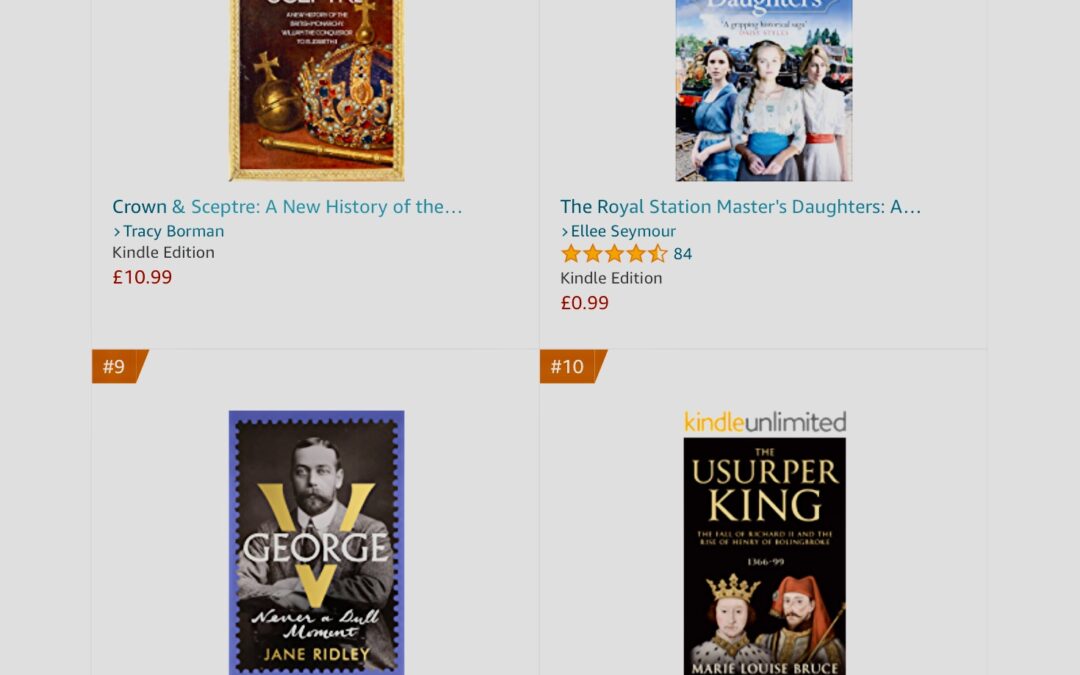 Having seen both Tracy Borman and Jane Ridley speak in Ely in the last week at Topping author events, it is a great honour to see my ebook nestled between theirs on Amazon’s Royalty biography and memoir chart. Even if just for a fleeting moment. I felt The Royal Station Master’s Daughters was in very good company.

I was interested to read that Jane is tipped as one of three potential official biographers for the Queen reported in The Standard, but some royal scribes are said to feel feel she is a little too fearless in digging up a royal scandal. It is believed the final decision will be made by Prince Charles choosing between Philip Ziegler and William Shawcross.

I can’t for a moment think of anything racy that Jane could uncover about our Queen; she has led an unblemished and selfless life, devoted to public duty. I think Ridley, who has authored biographies on Edward V11 and George V, would bring a modern and sensitive perspective and I  hope she is selected by Prince Charles.