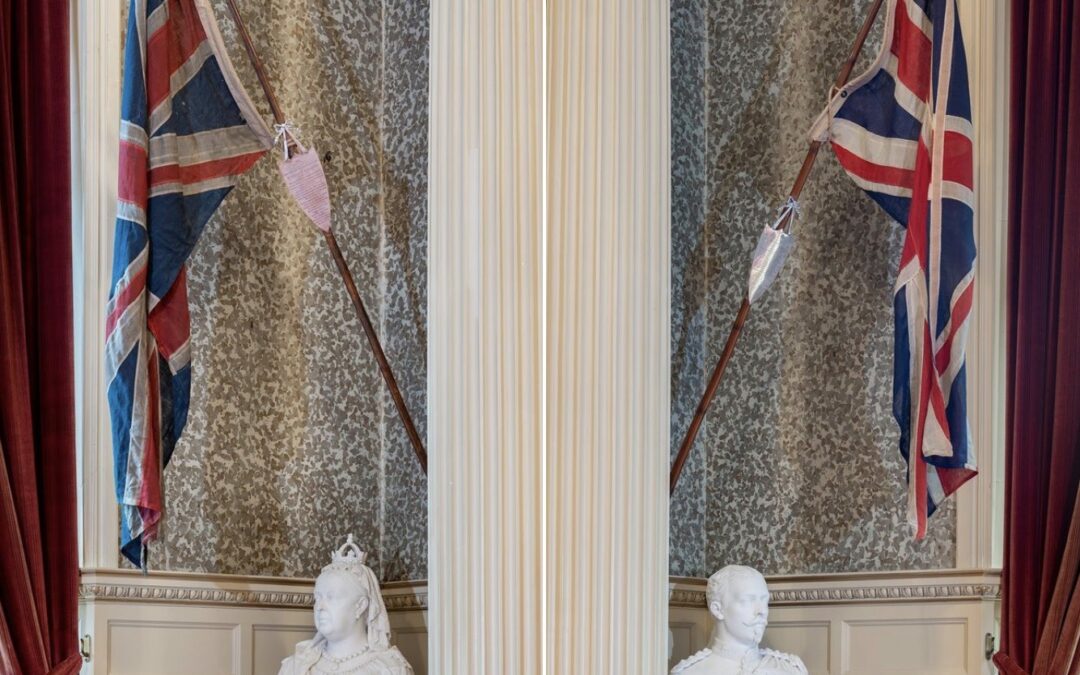 The discovery of Endurance in its watery grave after more than 100 years would have held a special interest for the royals and Sandringham House too.

For while Sir Ernest Shackleton’s ship didn’t survive his perilous expedition to the Antarctic in 1909, he and his men did, and the union jack given to them by the royal family before they left now has pride of place in the ballroom at Sandringham, alongside the flag which Captain Robert Scott took to the Antarctic on his fateful expedition in 1910, only to discover they had been beaten by rival Norwegian explorers who had reached the landmark before them.

The flag presented to Scott by Queen Alexandra before he set off to reach the pole in 1910, was found alongside his body in November 1912. It was given to his widow who then returned it to Queen Alexandra and remained out of sight until it it was apparently found by the Duke of Edinburgh whilst ‘pottering about’ in the ballroom at Sandrigham and decided to put it on display.

It’s incredible to see these faded flags and be reminded of how proudly they would have been carried by these brave men in treacherous conditions, and for them to be returned to England and displayed in this green and pleasant corner in Norfolk. Do look out of them in the ballroom when the house reopens to visitors on 9 April. Pause and reflect on the great history and story behind them.

*Photo courtesy of Sandringham House via its Facebook page.