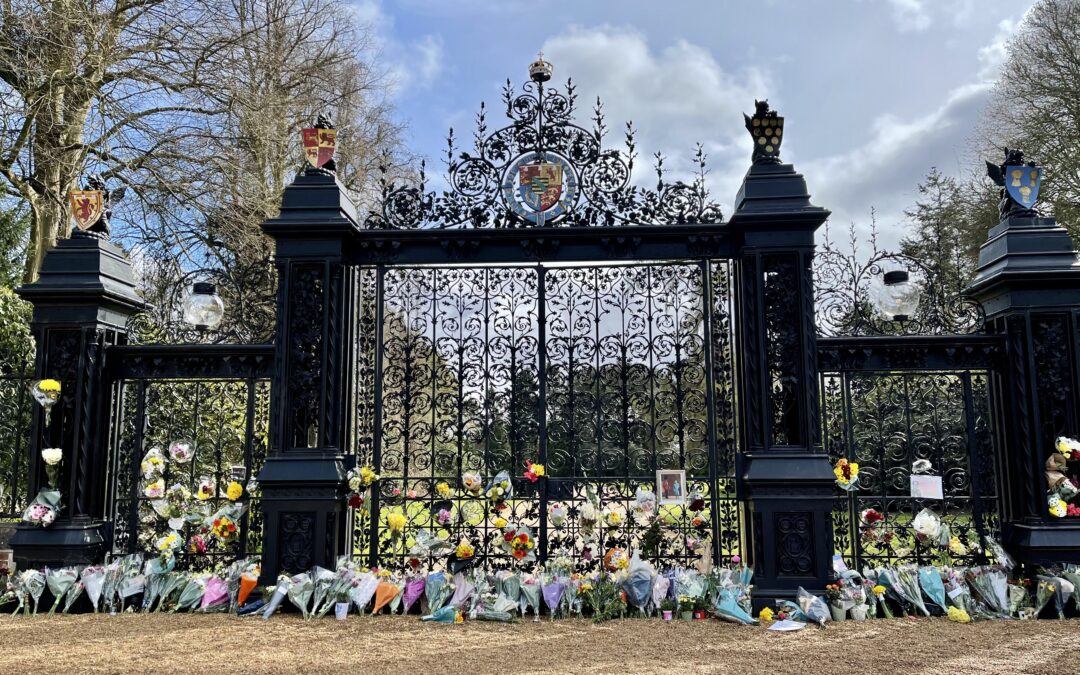 While Britain recovers from the battering of Storm Eunice, did you know that a ferocious gale back in 1908 led to the spectacular wrought iron Norwich Gates being moved to its present location at Sandringham House?

This is the site the public gathers to leave floral tributes and messages following a royal death, the last time being Duke of Edinburgh’s death in 2021, and will no doubt be the place that thousands of mourners head to following our Queen’s passing.

The gates were made in 1862. Under the guidance of the Sheriff of Norfolk, a committee raised funds by public subscription to purchase the gates as a wedding gift to Prince Albert Edward, the Prince of Wales, and Princess Alexandra of Denmark.

The gates originally opened onto a short drive which was flanked by a double row of ancient lime trees screening Sandringham House. However, many of the trees were uprooted by the great storm of 1908 and the whole avenue was removed. The privacy previously enjoyed by the royal family was lost, as the house was clearly visible from the road. It was decided that the gates should be moved to the boundary wall 160 yards further from the house and the public road was diverted.

The avenue “of fine and lofty limes – grand-looking trees even in winter” had been planted far longer than the royal residence was established, but there is no record of who it was planted by. The gates are much admired for their floral ironwork and its exquisite detail, consisting of “arums, oak leaves, acorns, vine leaves and tendrils, and flowers and leaves of the greater convolvulus, wreathed and twined with the natural grace and beauty one admires in the tangle of the wild wood.”

The Norfolk Record Office’s blog tells us also that shortly after the young Queen Elizabeth ascended to the throne, visitors to the gates, eager to join in with the general euphoria, stole some of the rosettes and tendrils from them. This was seen as an outrage and, despite warning notices and police patrols, the souvenir-hunting continued throughout her coronation year.

Wouldn’t this be a good time, as we mark the Queen’s Platinum Jubilee, to replace them? If you can spot where they were taken from.