How many European royal relatives will visit the UK for the Queen’s Platinum Jubilee in 2022? 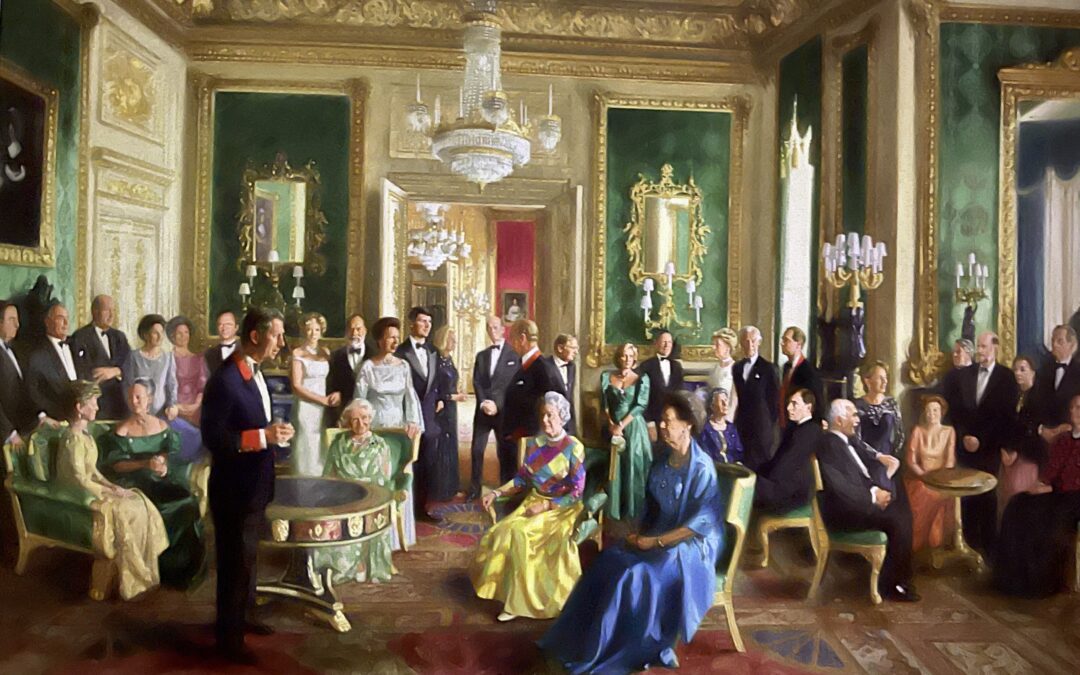 This fabulous portrait always catches my eye when I step into the Saloon at Sandringham House. It was painted by Andrew Festing to mark the Queen and Prince Philip’s Golden Wedding Anniversary, and includes nine monarchs (current at the time or deposed). Can you spot them? All will be revealed in a follow-up post later this week.

It makes me wonder how many of the Queen’s European royal relatives, as well as royalty from countries further afield, will come to the UK to join her Platinum Jubilee celebrations. As Britain’s longest reigning monarchs it should be a royal celebratory year like no other. Or are plans for royal banquets for international guests being scaled back because of covid?

Harry Saward, the royal Station Master at Wolferton, was honoured many times over by royal visitors he welcomed at his small Norfolk station when they steamed in en route for Sandringham, just three miles away. He ensured they had all the comforts they needed in their own special royal retiring rooms; one suite for the King and his male companions, and another for the Queen and her female party. He recalled how since his appointment in 1884, “645 royal special trains have worked in and out of the station.”

Just imagine at the thrill of Station Master if these royal visitors stepped foot on the platform on their way to Sandringham to mark the Queen’s Platinum Jubilee celebrations having served seventy years on throne! He would be in his element, completely unphased and totally in control.

The portrait was painted at Windsor Castle and is dated 20 November 1997; sadly, only three months after Princess Diana’s death. It hangs on the furthest side of the fireplace in the comfortable room where the Queen does her jigsaw puzzles and enjoys her morning coffee. Originally the room was used for balls, parties and entertainment – one of the reasons that the royal retiring rooms were built at Wolferton Station so royal guests could rest and change into their finery after a long journey instead of stepping straight into a ballroom.

I would be interested to know how this marvellous portrait was composed, who decided who should sit next to who. Twenty-four years on, like any other family so many lives have been lost or their fortunes dramatically altered over the intervening years.

*Ben Colson, the extremely knowledgeable head guide at Sandringham House, can throw more light on this portrait. He tells me:

A couple of detailed points of interest about the painting which was done from a photograph.
•  those in the picture all attended the wedding in 1947 – apart from the Queen’s own children of course.
•   apart from the King and Queen of Jordan (to right foreground, King facing to right) everybody is related. It shows the extent of the success of Queen Victoria as “the grandmother of Europe “.