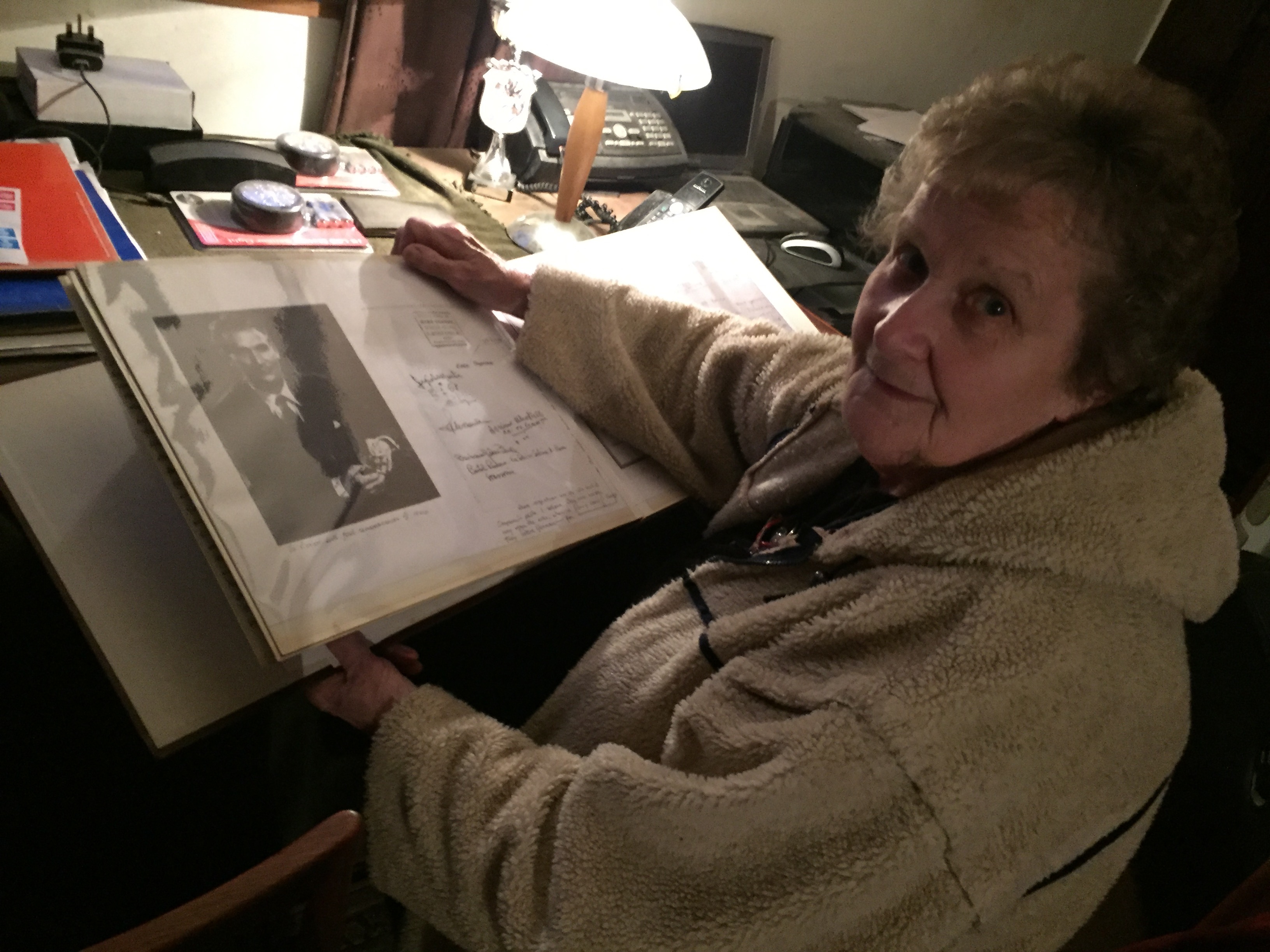 I have been researching my next book which will have a WW2 background and this led me to meet Vivien Hawes, whose father George Convine was farm manager at Apes Hall, Littleport, Cambridgeshire when double agent Eddie Chapman turned up out of the blue in the middle of the night on 16 December 1942, waking George, confessing all about his secret mission for the Germans and handing himself in to police.

For George, a special constable who was commended for his actions, it was an encounter he and his family would never forget. Vivien, who was four at the time, has kept two of Eddie’s letters sent to her parents as he kept in touch with the family after the war, returning to Littleport and taking them out for a drink at the local pub.

Vivien, now aged 77 who lives near Ely, recalls, “It was the middle of the night, Eddie looked through the windows, the Germans had been testing him beforehand and duped him.This time they dropped him off in a parachute in a field near here, but he didnâ€™t know where he was, or even what country.

“He walked up our driveway, looked through the window from the porch and saw the English telephone directory and then knew he was in England; he didn’t even know which country he was in until he saw that.Â  The Germans wanted him to blow up the deHavilland aircraft factory in Hatfield, and this was later faked by Eddie and the British to fool the Germans.

“Dad came downstairs after Eddie tapped on the door, he sat with Eddie Chapman, mother went to make a cup of tea as usual. Eddie had taken his haversack off and it was full of money. The noise woke me and my brother Frank, who was 14, and we looked down from the stairs.Â  He left a fiver for myself, my brother when he left, this was an absolute fortune in those days.

“Dad phoned the police, Littleport police came and took him away. They contacted the War Department after which Eddie became a double agent.”

According to Eddie’s obit in The Telegraph, when Eddie handed himself in to police and told his story, the duty officer replied: “Don’t be silly. Go to bed.”

Eddie’s response was, “That’s exactly what they told me last time. Ring up your station in Wisbech. They’ll remember me from last time.”

So when and how did Eddie, whose code name was Agent Zig Zag, a former safe-breaker with the notorious Jelly Gang, end up in Wisbech, my home town? I would love to know.

Vivien’s eyes light up as she recounts anecdotes about Eddie, who she describes as a ‘loveable rogue’. He definitely had a soft spot for the Convine family. This is what he wrote to them:

Thank you very much for your letter. I would very much like to meet you all again. Above is my London address and telephone number for contact. I shall only be in London for a few weeks more as I am now living in Africa.

Looking forward to seeing you.

The second letter was written from Hampstead General Hospital.

The best of everything for the New Year. Thank you for (your) kind letter and sorry I am not in a position to see you when you come to London. I am delighted your daughter (Vivien) has passed her examination. If I can do anything to help in her career let me know.

I am buying a new sailing boat and when I leave hospital we will be preparing for a long cruise to Bermuda and South America. Luckily my illness is not as serious as was at first thought. Excuse me (not) writing more but I am propped up in bed – best again.

*During the war an entire class from a school in London’s East End, plus two teachers, one of whom was called Mr Porter from Islington, were billeted to Apes Hall and Vivien would like to be reunited with them or their relatives.

The photo below was shows Vivien, aged three and the only girl, taken in 1941. She says:

“Apes Hall was a massive farm house, part of Sir Frederick Hiam’s estate. My parents, George and Martha Convine, were able to take in the class, their teachers and some land girls. The boys names we remember were Johnny, Lenny and Dennis. One of them put my finger through the wringer and I still have the scars to show. The land girls were Irene White who married Les, Dorothy, Maise and ‘Tommy’. Also on the farm was a retired reporter from the Daily Express, Mr McCall, his wife, son Robin and daughter Sheila. We would love to be in contact with any of them or their relatives.” 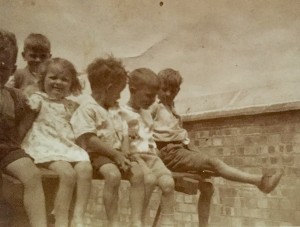