Chris Curry on suing IBM, that Micro Men drama and the Brighton bombing 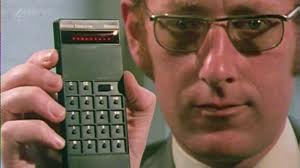 This is the second in a series of anecdotal stories told to me by Chris Curry, and I find them absolutely riveting.

Chris and the Acorn days are at the very heart of the Cambridge Phenomenon, a term first coined by Peta Levi in a Financial Times article in November 1980, to describe the incredible explosion of technology, life sciences and service companies that has occurred in the city since 1960.

Is Cambridge still a great place for new start ups?

Yes, it’s got the momentum of the Cambridge Phenomenon behind it and it’s got the name of Cambridge University as a centre of technical excellence behind it. It’s a bit unfair really, because a lot of it could happen in many other places, and it’s a bit unfair on Cambridge too because Cambridge is now changed in its character completely, it’s a much bigger town, it has a bit town attitude. A lot of the old interesting places have disappeared and when we were having fun in the Acorn days, and Clive Sinclair had his bit, and Cambridge Consultants was over there, everybody knew each other. If you went into the centre of town you would meet people you know; in fact, you would go to many places and there would be only people that you knew. That simply doesn’t happen any longer.

What did you think ofÂ  the Micro Men BBC documentary drama? (This focused on the rivalry between Clive Sinclair, who developed the ZX Spectrum, and Chris with Acorn’s BBC Micro.)

I couldn’t bear to watch it. I went to see the producers and tried to correct the script. It was very unfair on Clive. Clive didn’t have anything to do with it. It trivialized what was more important.

The punch up was such a minor thing. Clive and I are good friends, and always were. There were times, of course, during the very competitive days that we didn’t have many opportunities or need to meet up. But that little incident in Shades (a Cambridge wine bar), it wasn’t in the Baron, I had left the Baron and went to Shades and he followed me there a bit later, and the incident when I hit him in Shades was a storm in a teacup.

He came up behind me and put his hands round my face, his hand went in my eye and it made me see red. I swung round and swung him a light blow. The row was about an advertisement put in papers saying the higher reliable of BBC computer.

Who is your technology hero?

I think it has to be Grey Walter. He invented a tortoise known as the Grey Walter tortoise. It was a robot and I always wanted to build one as I was a keen reader of science fiction. I liked the idea of robots and automation. When I started work at the Royal Radar Establishment, I started getting the bits together to build one, and I think I built half of of one.

He was one of the people I enormously admired, and I don’t admire many people. He was building something which demonstrated intelligence. This was a three wheeled device that went around the room and learned where to go and steered itself, eventually deciding when its battery started to go and plugged itself in. It’s a bit like these guided lawnmowers now, but this was in the 1950s.

What about Steve Jobs and Bill Gates?

I have the greatest admiration for the industrial design of the Apple product. I sort of resented the Apple Macs because I felt we could have done it better if we (Acorn) had lived a bit longer to do it.

Certainly not. I don’t know anybody who is really inspired by him because he is a bit of a cold fish.

Chris’ anecdotes of how IBM chose Microsoft over their original preferred option, and how Acorn sued IBM.

The chap that was running the company that IBM wanted to build the operating system for them was out playing golf and he got a message from them and said, “oh, I’ll ring him tomorrow.” And the chap from IBM said, “bloody cheek, whose that other lot?Â  We’ll see if they want to do it.”

And they said they would come round immediately, so there was a major divisional change just because somebody wanted to play golf. I don’t think it’s apothical, I think it’s a true story. Bill Gates went in, and the other chap who ran CP/M missed out.

We sued IBM because while they were developing the IBM PC, we started to sell Acorn computers in America and had to register the name Acorn. We found someone was using the name Acorn and it turned out to be IBM, so we had to sue IBM and tell them not to use it, that it was our registered trademark, and they wrote back a very nice letter saying , “we have no intention of using the name Acorn, it is purely an internal name for a development project and we assure you we have the greatest respect for IPR and will not use it.”

That was the end of the story, but in fact, Acorn was the code name of the IBM PC when it was under development.

What is your proudest achievement?

I think when I was working for Clive Sinclair and the first calculator was the most exciting thing, the Executive, which we sold for Â£79. (see pic) It was a staggering amount of money then and we couldn’t make them fast enough. It was the first one in the world, so it was tremendously exciting to see these little red numbers coming up on the screen in front of you and actually doing calculations. It was very tiny, so building it, laying out the printed circuit board and making everything work was very pleasing. That, and the MK 14, which I built completely from scratch and organised the advertising and everything else.

(The Planet Sinclair website describes the impact of the MK 14 for technology: “Despite the MK 14’s severe limitations, it was one of the most important British computers ever produced. Its success in finding a previously untapped market was not lost on either Sinclair or his employees, notably Chris Curry, soon to break away and establish Acorn. Without the MK 14, there probably would never have been a ZX81, Spectrum, BBC Micro or Archimedes, and the British computer scene would have been very different.”)

Â What is your adviceÂ  for today’s entrepreneurs?

Form a company with people you can absolutely trust from the start because falling out with people from a year in is the most destructive thing. It never happened to me, but I know it has happened to me. When we formed Acorn, Hermann and I never ever disagreed about anything; it was a very extraordinary relationship.

Have a good financial director who doesnâ€™t dominate, is a down to earth and precise person. Nowadays, it is about raising the funds first, so I should think most people think the job of the entrepreneur is to pitch to venture capitalists. One of the things to do is be very selective about who you talk to about money because venture capitalists can be a lot of the wrong people altogether, finding the right investor is very important.

What was good about Acorn was that we built something in six weeks and started selling it immediately, so we never ever had anything but a relatively positive cash flow, we never looked for any investment. In the film, I know there are bits about seeing the bank manager, but we were never dependent on the bank. We had a mail order operation which sold things which covered our costs, thatâ€™s a very comfortable way to be. The minute you have investors breathing down your neck, and some of the people I have seen, especially in biotech area, where someone has a really fabulous idea in technology and they end up owning 2 per cent of the company because three rounds of venture capitalists has just diluted them out of sight. Maybe it doesnâ€™t matter if you end up discovering a cure for the common cold, 2 per cent of it is worth an awful lot, but in many cases it isnâ€™t.

Chris describes being at the Grand Hotel, Brighton when it was bombed by the IRA in 1984. A staunch admirer of Margaret Thatcher, he had been attending the Conservative Party Conference.

We were all drunk in the bar downstairs and there was a bang and everybody thought, oh itâ€™s another suitcase bomb gone off on the beach, and didnâ€™t take any notice and turned round to order another drink. Suddenly, there was this rumbling noise, and from the front door of the hotel, a puff of dust woofed into the room and completely obliterated the light, and then you could just see a pile of rubble coming in like a moraine in front of a glacier, and everybody started to scream and the lights went out. I got myself behind a pillar in case the rubble overwhelmed everybody, but it stopped after the second pillar and then everybody ran out the back.

I went up to bed and stayed there until I was thrown out in the early hours of the morning.

*In my next post, I will describe Chris’ plans to launch a national telehealth scheme with a pilot planned for Cambridge.

*This is the link to the first post describing when Olivetti stitched up Acorn.