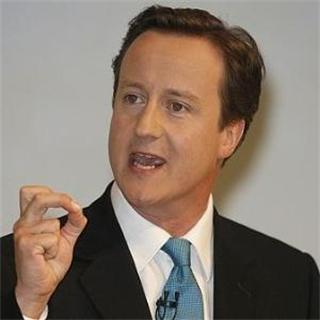 I am delighted to read in today’s Times that David Cameron has vowed to tear up Britain’s adoption rules and end the scandal of thousands of children lost in the care system.

The announcement was made in a speech at the Conservative Party conference at the same time that adoption campaigner Francesca Polini urged the Prime Minister to support adoption reforms in an interview with the London Evening Standard.

“David Cameron needs to lead on this issue and our focus should be to put children first. That means doing away with a system that keeps children in neglect until it is often too late and focuses plainly and squarely on their needs. That won’t happen until we see adoption as a first resort.”

Francesca’s campaign, Adoption with Humanity, has outlined proposals for a National Adoption Authority and has launched an e-petition on the government’s website. The Times is also actively campaigning for reforms and outlines excellent proposals too for the way forward:

â€¢ Ethnicity data on adoption published frequently, and an explanation required by the Secretary of State if minority children are not being placed in the same numbers and timescale as white children

â€¢ A quantifiable effort made by local authorities to speed up the adoption process for babies under one, in particular. Prospective adopters should act as foster carers for very young children, and the decision on whether to pursue adoption in principle made within four months instead of six

â€¢ Adoption should be presented as an option by local authorities, pregnancy advisory services and charities to women who choose to continue with unwanted pregnancies, alongside the option of keeping the child with the support of social services

â€¢ Family court judges should be reminded that a childâ€™s interests supersede parentsâ€™ right to respect for family life.

We will have to wait and see how far David Cameron intends to go. Children’s lives and their happiness depend on it.