Have you sought a second opinion? 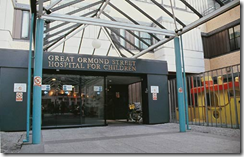 Have you ever sought a second medical opinion? This story in The Mail describes how seeking a second opinion saved the lives of patients who were incorrectly diagnosed, including a woman whose mouth cancer was dismissed as post-natal depression, while a patient with a brain tumour was thought to have a virus.

It is worrying reading. But on the whole, our doctors do their best, and we have to rely on their professional judgement. But what if they are wrong, as sometimes can be case, or struggling to make a correct diagnosis?

I have had personal experience of this which is why I strongly recommend seeking a second opinion too if you have strong concerns about a medical diagnosis. I had to do that when David was in agonising pain after his jawbone swelled. Because he was not a text book case, even the top consultant at Addenbrooke’s Hospital, Cambridge was unable to discover what it was and how to help me. He infuriated me by repeatedly asking David if he was happy at school.

Eventually, I rang my GP in tears after David had been referred for cognitive therapy to help him cope with his terrible pain, yet anyone could see his jawbone was hideously protruding.

My GP told me she had no idea where to send David as his case was so unusual. I could only think of Great Ormond Street Hosptial, the best children’s hospital in the country, and she agreed.

It was the best thing I ever did and David was, for the first time, given a nuclear scan which identified his “hot spots” and chronic osteomyelitis. He had fantastic care and treatment. I thanked them for believing us.

David is now virtually recovered, thankfully avoiding any need for major surgery. His last outbreak of pain was last Easter.

If we hadn’t been referred to GOS, I have no idea what the outcome would have been.

So please, do not hesitate if your instincts tell you something is wrong. The chances are, you are right.