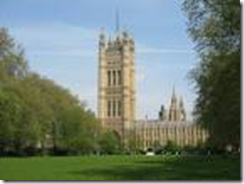 A civil servant who wrote an unflinching blog where she described her working life, the

incompetences and inadequacies she regularly encountered, could now be in very hot water for publishing her views.

The Civil Serf blog now seems to have been removed after it was highlighted in today’s Sunday Times, with the headline: "Hunt is on for demon blogger of Whitehall," while the Sunday Telegraph reported: "Blogger lifts lid on Whitehall failings".

Her blog is easy enough to find, and the Times even has a link to it. But the site shows an error message saying the page does not exist. It’s obviously been pulled.

The blogger, known only as a 33-year-old civil servant who attacked the civil service for its lack of innovation – also highlighted incompetences regarding some of our ministers. Here are some extracts:

"Ministers only take decisions at the weekend (probably because they have their spouse and/or political adviser to do it for them)."

Any attempt at developing policies, she says, are hampered by endless meetings: "We are addicted to democratic decision-making at all levels, reflecting… in my opinion the paucity and confusion of leadership in the senior Civil Service." Civil Serf is careful not to name her department, but her disdain for Peter Hain has prompted speculation that she works for the Department for Work and Pensions, formerly his domain.

In one entry from before Mr Hain resigned, she says that she saw a "union bod" ask him why his staff were paid less than in other departments.

"Hain… said, "I didn’t realise that was the case’. Stop Press! I mean, come on, the guy is in charge of the DWP and consequently the largest payroll (excluding the NHS) in Whitehall. He doesn’t know that his staff are on different pay scales to the rest of government? Hello…is anybody home?"

She also claims that Alistair Darling is desperate to use his first budget on Wednesday to garner “a cheap headline” even if means announcing unaffordable new measures. She also has a dig at Gordon Brown, calling him “Velcro” because of the way negative stories have a habit of sticking to him – unlike “Teflon” Tony Blair.

And she puts her own spin on what might be in Darling’s budget: “High up on the list will be both child poverty and incapacity benefit. On these issues the little ‘p’ politics between my director-general and our private office has reached fever pitch with one accusing the other of scaremongering about spiralling costs. I’m getting restricted e-mails, night-time meetings and all sorts of other shenanigans.”

There are said to be suspicions about the blogger’s identity, who only started writing her posts  last November. Her most recent post last week suggests that she knew her blog’s days may numbered. “Knowing my luck it’ll get me fired,” she wrote.

Does this mean that civil servants are not allowed to write blogs if they are critical of their working environment, but presumably it would be ok if they praised their department and bosses? How democratic is that? If she wrote the blog in her own time, would it still be a disciplinary matter? I don’t think any of the comments she made are particularly serious, no big secrets have been revealed. Are other civil servants writing blogs that we don’t know about?

I sense some material here for a new series of Yes Prime Minister.