Has anyone died in the Houses of Parliament? 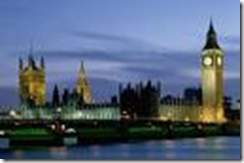 Anyone who has died in the Houses of Parliament will have committed the UK’s most absurd offence – according to Suffolk’s finest political correspondent, Graham Dines.

This is one of the absurd laws highlighted on his post today following a survey commissioned by satellite television channel UKTV Gold. The poll of 3,931 people asked the public to pick the most ludicrous British and foreign laws still in existence, from a shortlist. Twenty seven per cent of those questioned thought the law against dying in the Houses of Parliament was the most ludicrous.

The fact is, if anyone has died in the Houses of Parliament, what could they be charged with – and who would face criminal proceedings as a deceased person would be unable to plead? What is the penalty?

I couldn’t resist adding the whole list of ludicrous laws, they might make you smile like they did me. Which one do you find the most amusing?

1. It is illegal to die in the Houses of Parliament.

2. It is an act of treason to place a postage stamp bearing the British monarch upside-down.

3. In Liverpool, it is illegal for a woman to be topless except working as a clerk in a tropical fish store.

5. In Scotland, if someone knocks on your door and requires the use of your toilet, you must let them enter.

6. In the UK a pregnant woman can legally relieve herself anywhere she wants, including in a policeman’s helmet.

7. The head of any dead whale found on the British coast automatically becomes the property of the King, and the tail of the Queen.

9. It is illegal to enter the Houses of Parliament in a suit of armour.

10. In the city of York it is legal to murder a Scotsman within the ancient city walls, but only if he is carrying a bow and arrow.

1. In Ohio, it is illegal to get a fish drunk

3. In Bahrain, a male doctor can only examine the genitals of a woman in the reflection of a mirror.

4. In Switzerland, a man may not relieve himself standing up after 10pm.

5. In Alabama, it is illegal to be blindfolded while driving a vehicle.

6. In Florida, unmarried women who parachute on a Sunday could be jailed.

7. In Vermont, women must obtain written permission from their husbands to wear false teeth.

8. In Milan, it is a legal requirement to smile at all times, except funerals or hospital visits.

9. In Japan, there is no age of consent.

10. In France, it is illegal to name a pig Napoleon.