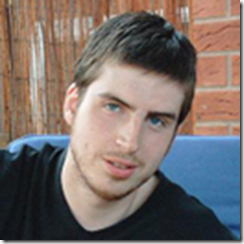 aged 26. He had been staying with friends in Walsall when he disappeared.

He was last seen shopping in a supermarket at about 1pm on Wednesday, 20 September, and a few hours later he sent his mother a text message. Stephen has not been heard from since.

Stephen,who is originally from Devon, belonged to a band, and guitarist Chris Thomas and fellow musicians from Starskey wrote a special song for him.

Chris wanted the song to raise awareness about not only Stephen – aka Stevie G – but other people who, for whatever reason, have vanished across the country.

Chris is in close contact with Stephen’s mum Debby and after speaking to the charity Missing People, he has some idea of what it must be like for the family.

"And when the door goes and every time the phone goes, you think, is it them or has something happened?"

Stephen’s mother must take some comfort from the kind actions of her son’s friends.

Stephen’s family and friends are extremely worried for his safety and urge him to get in touch and let them know that he is okay. He can call the confidential service Message Home on 0808 800 70 70.