Where can I find the best consultant for my son? 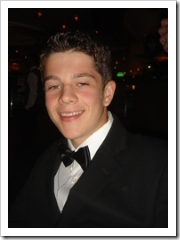 Just in case any medics read this blog,Â can anyoneÂ pleaseÂ tell me where I can find the best consultant for my son so he does not have to have surgery on his face?

I’ve mentioned our visits to Great Ormond Street Hospital to treat David’s chronic osteomyelitis in his jaw. He willÂ  be 17 next month,Â he will soon beÂ too old to continue being treated there, and I’m afraid he is still in pain, though the pain is successfully being managed.

AtÂ his last appointment in April, it was decided to take him off his medication, a very strong antibiotic called Doxycycline which he has taken for aboutÂ 20 months and is turning his bones yellow. We wanted to see if he could manage without it. Unfortunately, the pain returned with a vengence, waking him at 4 in the morning, and he wasÂ forced back on them. David has got used to the pain and often doesn’t even tell me, hiding the paracetamol packet so I don’t worry. He is a happy and easy going boy.

The only alternative to medication is surgery on his lovely face. I can’t bear that thought.

David’s consultant at GOS has been superb and we are heading there for an appointment this morning. I recently spoke toÂ the registrarÂ at GOSÂ who said they had only seen three or four similar cases before, they are baffled about how to treat it, they say it will just take a long time.

I have been thinking aboutÂ where we should goÂ nextÂ as DavidÂ is getting too old to continue being seen at GOS, though his consultant was hoping to successfully conclude David’s treatment before signing him off. I called the Royal Orthopaedic Hospital at Stanmore, but they don’t deal with bone problems involving the face. I need a brilliant maxillofacial specialist. I know our GOS consultantÂ will have some ideas on this, but it’s always worth asking.

The reason we ended up at GOS was because we were referred there after I asked for a second opinion. Even my GPÂ couldn’t suggest where we should go, so I suggested GOSÂ as it isÂ the top children’s hospital.Â David was instantly given a bone scan which correctly diagnosed the problem.

David had been suffering agonising pain and swelling for well over a yearÂ before this and the consultant we had been seeing at Addenbrooke’s kept askingÂ him if he was happy at school as the tests came back inconclusive.Â David wasÂ even recommended for cognitive therapy when his jawbone was visibly protruding andÂ was once told that pain was good for him. I was at my wit’s end. It is believed all this started from an abscess in the root of a tooth and he had to have a perfectly healthy molar removed. It’s all been a terrible ordeal for David over the last four years, and is not yet over.

So where to next? I would be immensely grateful for any suggestions.

*I shall be heading off to Headway Cambridgeshire and wearing my trustee’s hat when I return from London, so I will catchÂ up with you later this evening.