Road pricing trial and its sweetener for motorists 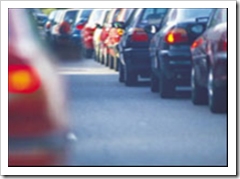 Government plans about how it should trial its controversial road pricing scheme, despite protests from more than 1.8 million people who petitioned against it, is already having problems.

My nearby city, Cambridge, is one of the cities lined up for this. Yet plans so far appear to be very poorly thought out, with the Government said to be looking for volunteers to try out its proposed congestion charging scheme.

One idea is that motorists taking part could be offered cheaper fuel in return for installing a black box in the car to measure journeys and charge drivers according to the mileage they drive. I have no idea how much the discount is, and it is obviously a sweetener to get them on board.

However, Cambridge is renowned for being a “cycle city” and has excellent park-and-ride schemes, it is not a typical city. Why not trial families who live in rural areas to see what impact this will have on their lives, those who have no alternative form of transport available?

This idea sounds very complicated, ill-thought out and impractical to me. What if there are no volunteers, or just a handful? Will it then be forced on all motorists in the selected cities? And will they all be offered discounted fuel?

Shouldn’t a trial be as realistic as possible – and as there will clearly be no discounted fuel on offer once this scheme is implemented across the country, it seems pretty pointless to me.