How can £7 flights to America make a profit? 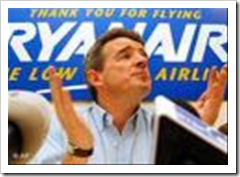 Low-cost fares across the Atlantic will be made possible by the â€œopen skiesâ€? agreement, which will lift the restrictions on where airlines can fly. Only BA, Virgin, American and United are currently allowed to fly from Heathrow to the US. From next year this will be opened to all carriers.

Technology is also making budget flights possible as the next generation of aircraft will be at least 20 per cent more fuel efficient and less expensive to maintain. Budget American airlines are considering doing the same.

But don’t get too excited, according to Bobby Avo, it is too good to be true, he believes only a few seats will be available at that price. He posted a comment on The Times report saying:

“Only a few seats per aircraft would offer the “bargain” fare, but the average ticket would still be less than the existing carriers. “

Of course, it’s ironic that this is all happening at the same time we are being warned about carbon emissions and global warming, but will you need much persuading to take up this offer? What’s the cheapest flight you’ve ever had? I remember flying to Barcelona once for only a few pounds.