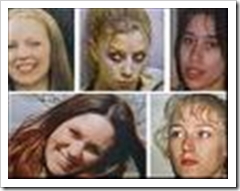 Three months on from the terrible murders of the five Ipswich prostitutes,

police and council chiefs are planning the biggest ever crackdown aimed at ridding the town of its red-light district.

Plans being drawn up include stricter use of Asbos against prostitutes and a more focused law enforcement against kerb crawlers. Women will be offered help to tackle the cause of their problems as part of a move that will also see the introduction of improved street lighting and extra CCTV cameras for the red light area.

But the English Collective of Prostitutes said it was horrified the authorities want to introduce a crackdown that has been shown to force women underground and make them more vulnerable to attack and asked: “Have no lessons be learned?”

They say women in Ipswich are waiting months to get into drug treatment programmes and believe think the street lighting and cameras are just a cover for a “brutal crackdown”.

Ipswich borough councillor David Ellesmere said the plans represent a â€œonce in a lifetime opportunityâ€? to banish the problem.

â€œWhat this strategy will say is; ‘We’re not going to tolerate street prostitution anywhere in Ipswich. We’ve never had a strong statement like that before.

â€œWe’ve got to do as much as we can to help these women out of these difficult circumstances but if they have received the help and are still going out on the streets then you have got to look at Asbos.

â€œThe reason Ipswich and Norwich have red-light areas is because kerb-crawlers know they can pick up prostitutes. If you break that cycle, kerb crawlers won’t come here and women won’t go out on the streets.â€?

Coun Ellesmere is right to say this is the time for them to banish the problem. But I note that the plans have been put forward by the Ipswich Prostitutes Steering Group made up of police, council and drug worker representatives. Are any represent from the ECP taking part in this unique opportunity?

I’ve written about this subject before, and raised the question of legalised brothels, and the many comments give a valuable insight into various views on this. We clearly need to tackle the drug issue, the reality is that prostitution will continue and forcing it underground will not help their safety.

I do not see how plans can be formulated without seeking the views of prostitutes on what it will mean for them. I would like to see the police and local authority working with these women and their organisation and try to achieve a solution that could be a model of best practice for the country.