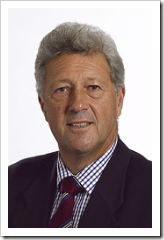 Each month, I issue a report for MEP Robert Sturdy following the extortionate and costly monthly sitting of the European Parliament in

Strasbourg  which is sent to the local press, I thought you might like to see the latest one.

“A funny thing happened to me on Tuesday.  I was on my way to the Parliament building and I saw fire trucks surrounding the building!  I must say, my heart skipped a beat at the sight of that.  Hurray, I thought, we can finally be rid of Strasbourg.  This ridiculous waste of time and money is finally gone (although not in the way we thought it would be).  Imagine my dismay then when I realised it was a bunch of firemen picketing the building for better employment rights.  It looks like we’ll have to rely on the one seat campaign after all.

“I met with Peter Mandelson EU Trade Commissioner this week to discuss the difficulties which surround the DOHA agreement and the likelihood of us reaching a compromise before the deadline.  My report on Economic Partnership Agreements between the EU and ACP (African, Caribbean and Pacific) countries is being voted through the International Trade Committee of the Parliament next week so I was pleased to speak again about this issue.  These EPAs offer a way for trade to be used as a tool to aid development but it is important that we donâ€™t impose ourselves on these countries but work with them to ensure fair and competitive markets for all.

“In Strasbourg my thoughts turned to the upcoming celebrations of the 50th anniversary of the EU. In a few days, EU leaders will agree a declaration to be signed in Berlin to reflect on the achievements of the EU over the past half-century. Now no-one, no matter what your personal or political views may be, can disregard the values of peace, prosperity and democracy as promoted within this declaration. Its recognition that energy, climate change, the environment and economic development are responsibilities shared by all is encouraging. But at the same time, I feel uneasy at the resurgence yet again of the constitutional debate which has crept, not so subtly, back onto the EU agenda. When will our European counterparts accept this treaty is not wanted by the people and is not necessary in achieving our aims and ambitions? Surely ignoring the referendums of previous years goes against the principles of democracy which apparently guide and define us?

“The Commission also announced this week, that together with the current German Presidency, it will be holding a review into European Water Management Law. The review, which takes place this month, will report on which Member States have failed to meet the deadline of the European Water Framework Directive. Water Management is a very important issue for us all and full commitment is needed to protect our food, our land and above all our health. The truth is not always easy to take, but only with transparency and accountability, can we meet the challenges that face us.”