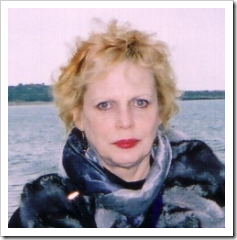 the irresistible charms of the Italian

island. She has no plans to return.

She waxes lyrical about its cuisine and describes their close family life, where students return home at weekends. And mighty giants McDonalds were not made welcome there, that was too diverse from the Sicilian traditional culture and values.

I don’t know about you, but I’m ready to pack my bag right now and head off to the airport. This is her story:

In 1995, I brought a group of British Year 12 (old 6th form) students over to Modica in Sicily on a school exchange visit. Most of these students had never been out of a fairly deprived area of Cardiff before, let alone abroad, so you could say that they were apprehensive â€“ apprehensive, but not terrified. Yet terror was what I saw on all their faces when I met them on the second morning after they had all spent a first night with their respective exchange partners and their families. What, you may ask, had so frightened them? Was it being so far away from home? Was it being plunged into an Italian speaking environment when they had only had two hours a week of lessons for a few months? Was it Italian plumbing? Was it the food? The latter guess would be closest, but it was not the food itself which had worried them; rather, it had been the fact that the whole family had actually sat down, in the same place at the same time, and eaten together. This, sadly, was so outside their experience as to cause them true culture shock.

According to Istat (the Italian National Statistics office) 94.9 % of Italian families sit down together for Sunday lunch, even if, as in some of the northern metropolises of the country, ready-prepared food is eaten. I suspect that the same happens on most other days of the week, too. For at least here in the south, the 1pm closure and the ritorno a casa to eat is sacrosanct, even if it involves quite a long commute. True, some fathers do work too far away to return but this is not the norm and Iâ€™ve always thought that the long lunch break in Italy gives fathers a chance to be with their young children whilst the latter are awake, rather than returning in the late evening to find them tucked up in bed. This has got to be good for family life. Mind you, children in Italy are not sent off to bed early; usually, if the parents are invited out, the children go too and a pizzeria or restaurant will always provide a high chair or somewhere for a tired and irritable toddler to sleep if necessary.

If you take a look around any supermarket here, or even around the frozen food centre, the one thing you will not find is any kind of ready-meal apart from frozen pizza . Packets of oven chips, maybe some arancine (fried rice balls) ready to be popped into the oven, a packet of ready-prepared vegetables for your minestrone â€“ that is as near as this part of Italy gets to the frozen ready-meal. Sicilians will buy hot arancine or focacce to take home from a bar but these will form only part of a meal, not the whole of it.

A McDonaldâ€™s which opened here in Modica a few years ago failed miserably as the Modicani proved staunchly loyal to their own food and traditions. And good for them, I say! This, of course, means that the symbolic figure of mamma â€“ even one who is juggling family life with a very demanding job, as many a mamma does today â€“ being at home to prepare fresh food for lunch and supper remains paramount. How many British women would cook at least two courses and wash up after them not once but twice a day? Suppers are lighter, admittedly, but they usually involve at least one item of freshly cooked food. Dessert, however, does not present itself as a chore, for usually fresh fruit is served. (I thought this was wonderful when I first came to Italy and still do.) If it is a special occasion, the Italian cook sees no â€œshameâ€? in buying pastries from one of the many marvellous pasticcerie â€“ thatâ€™s what theyâ€™re there for! â€“ and usually if you are invited to lunch or supper you take along a dessert rather than a bottle of wine. So in those respects, the work is less, but sometimes when I think of my friends with large families I imagine all that washing up â€“ it still entails work, even for those with dishwashers! â€“ and I wonder how the women retain the will to live.

The case of one friend in particular highlights, I think, the differences in family life between the two countries: Mariaâ€™s son is a student at Catania University (Catania is about two hours away) and he lives in lodgings in the city during the week. Every Friday evening, though, he comes home and on Sundays I have often watched Maria spending the whole day preparing the weekâ€™s meals for him to take back to Catania. Maria is a busy professional woman and I know she finds this task onerous, but she wouldnâ€™t dream of suggesting that perhaps her son could have the occasional meal out, learn to cook at least a plate of pasta or even exercise a little independence! And this pattern is repeated, at weekends, all over Modica. Every Friday night I watch the students alight from the Catania bus and every Sunday evening, when I am walking my dog, I see them getting back onto it. How many college students in Britain attend an institution so close to home, prefer a weekend with their parents to one spent carousing with their friends and have Mum to do all their cooking? (Bringing all the washing home occasionally is a bit different.)

Most Italians I know express surprise that the single son or daughter does not, usually, live at home in Britain. Here they will live with their parents quite happily even well into their thirties and beyond. This is said, these days, to be partly for economic reasons, but from my observations it has always been so in Italy. Couples do not, as a rule, move in together before they are married, either, and it is not unusual [at least in this area] for a young couple to wait ten years before getting engaged, let alone married!

Does all this lead to a healthier (in all senses of the word) generation of young people and happier family life, then? Italy is not, after all, a country without drug addiction among its young, its share of disaffected youth or football hooligans. In the late 1970s and 1980s you could not live in or visit a big city without becoming a victim of petty crime, perhaps several times. Yet here in Modica, I can walk around at night without any fear and you do not need to feel anxious if a crowd of young men strides towards you.

This is a country in which a popular Sunday afternoon quiz programme for young people assumes that they will have a knowledge of the literature not only of their own country but of others which would be unimaginable in the UK. A teacher is still someone deemed worthy of respect and, although you could be forgiven for imagining that the education service is chaotic were you to arrive in a school at breaktime, I find that most young people here take their studies extremely seriously and once they are in a classroom they expect to be made to work. Tom Paine commented on Jamesâ€™s post for Ellee last week that in Russia a taxi driver could tell you who had won a literary prize and I find, here, that everyone could discuss opera, literature and certainly the culture of their own town with you. So my conclusion is that, both educationally and in the way they live their family lives, the Italians must be doing a great deal that is right! I donâ€™t want to live anywhere else on earth.

*I have posted some snapshots of Sicily on my photo gallery, perhaps I can book a trip with the 10,000 Airmiles I have accrued.