Royal Commission into coastal erosion – more than 100 years ago! 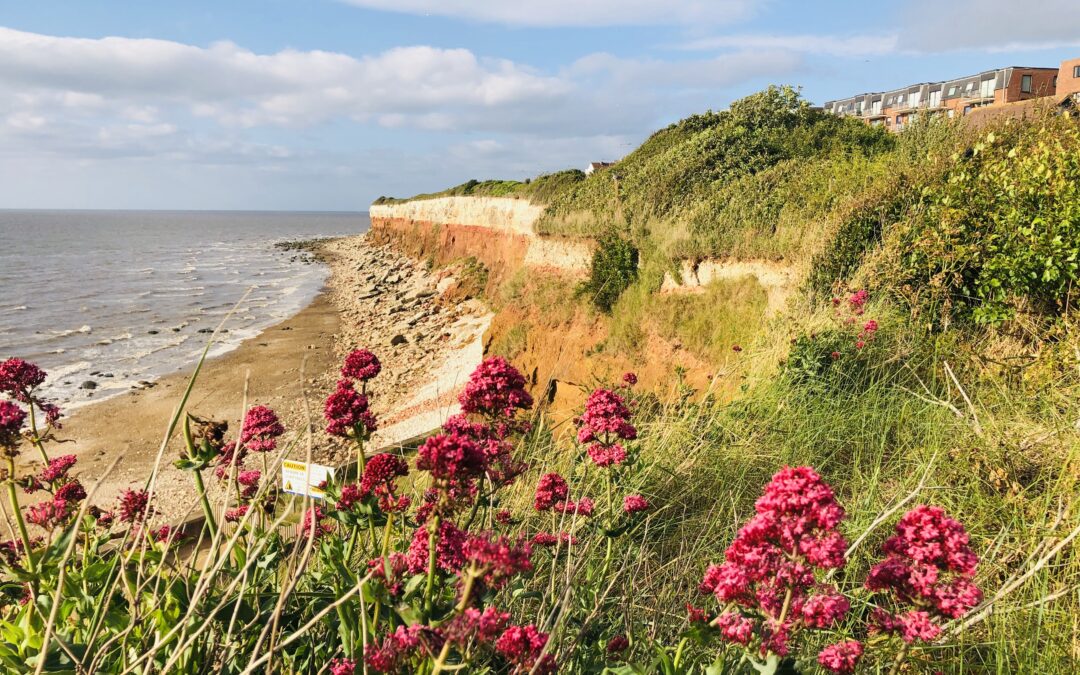 I wonder if Greta  realises that her demands for action on climate change is not being called for the first time. It was a conversation started more than one hundred years ago. At the time urgent recommendations were made to save our coastline from further erosion. Greta will be asking, who listened then? What action was taken then?

At that time, in 1911, these glorious distinctive stripey Hunstanton Cliffs (pictured) in Norfolk, close to the royal Sandringham estate, were losing about nine inches a year on average.

A Royal Commission was appointed in 1906 to look into the “encroachment of the sea on the coasts of this country, and as to what means are desirable for the prevention of such damage.” The findings of the Commission, chaired by Mr Ivor C Guest, and later reported in 1911 in Nature, were practically unanimous, and can be summarised as follows:

We know that parts of our coastline can be severely affected by climate change. The words climate change may not have been common language more than one hundred years ago, but the writing was on the wall then. We must hope we will not still be having these same conversations in the next century, that action and responsibility must taken to save our coastline from further erosion.

It was interesting to read in another extract from the Commission’s inquiry that “Mr Hamon Le Strange, owner of 12 miles of foreshore along the Hunstanton shore, stated that he claimed rights in respect of that foreshore from the time of King John, such rights including fishing all Royal rights, wreck of sea and Royal fish.The rights extended as far seaward as a man could ride into the sea at low water and hurl a javelin.His estate abutted on that of the King at Wolferton Creek. Any  boats beached on his foreshore paid royalties, and also fishing nets, bathing machines, huts and tents.

“A certain amount of revenue was derived by him from selling shingle. Owing to the large accumulation no harm could possibly be done by taking it. In other places where the shingle bank was narrow he prohibited the taking of shingle.”

“With regard to the alleged obligation of the Crown to defend the coasts from the inroad of the sea, the Commissioners, with one exception, consider that the evidence laid before them does not warrant this conclusion, and that there is not any settled principle of the Crown, or statute law, to support the contention that there is a responsibility for sea defence resting primarily upon the nation at large the fact that there is erosion in some places does not affect the nation generally, and there is not any ground for the contention that sea defence is a national service.”

I love the image of a javelin being hurled into the sea to decide on a person’s fishing rights.  At the very least, that will have changed.