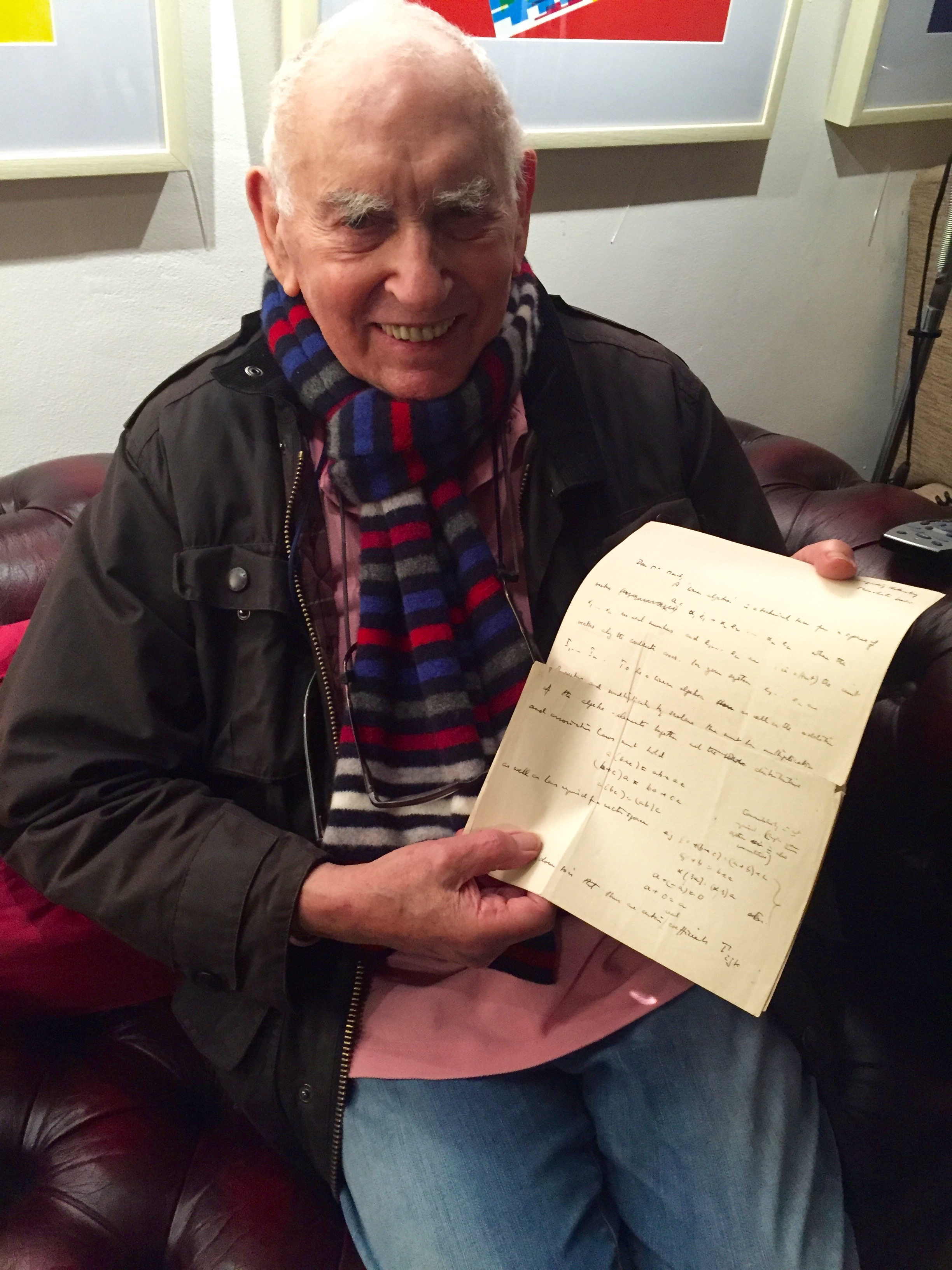 Sorting through a box of papers recetly, “maths genius” Lionel March stumbled across a hidden treasure – a three page letter from Alan Turing written to him when he was a schoolboy. LionelÂ  had created a new form of algebra which so impressed academics that it was sent to the code breaker at his computing laboratory at Manchester University.

Turing wrote two letters to Lionel, now 82, and it was thanks to Turing’s personal strong recommendation that Lionel ended up at Magdalene College, Cambridge, reading mathematics under Dennis Babbage. There he gained a first class degree in mathematics and architecture while taking an active part in Cambridge theater life.

I saw the letter last night, Turing’s explanation to Lionel that what he had stumbled across was linear algebra, and he explained the definition of this, including diagrams of multiplication tables. I wrote about Lionel’s incredible mathematical achievement once before on this post.

At the age of 18, Lionel, the son of a caretakers and a pupil at Hove Grammar School, astonished university dons by thinking out an entirely new kind of mathematics. While doodling one evening, he realised he had stumbled across a new kind of algebra which he called â€˜Redmunâ€™, and is â€˜numberâ€™ spelt backwards. He was credited with using Einstein-class mathematics, yet he didnâ€™t see anything about this to his teachers, continuing to enjoy playing sports and his active involvement with the Scouts.

The acclaimed journalist Chapman Pincher wrote about this incredible achievement in the Daily Express, describing how Lionel, who believing that his mathematical reasoning was sound, typed a complicated 16-page thesis and sent it to a university without showing it to anyone. First, it went to Dr Frank Roberts at University College London who invented the TV microscope who described it as â€œan outstanding contribution to mathematical theory which should be sent immediately to a still higher authority.â€

And then it ended up on the desk of Turning,Â  chief mathematician of the â€œelectronic brainâ€ laboratory at at Manchester University. He was equally impressed and knew that some â€˜top flightâ€™ mathematicians were thinking along similar lines. For a schoolboy to work out the whole theory from scratch was unprecedented.

Turing told Lionel: â€œYou have done this research with imagination and competence and I hope you will find time for more.â€

Lionel later became one of Cambridge’s first computer entrepreneurs, forming Applied Research of Cambridge in 1960 with Ed Hoskins, who he recently visited in the South of France.

I’m sure Turing would have been enthralled to know of Lionel’s many successes, becoming Rector and Vice-Provost of the Royal College of Art, London and a world renowned mathematician, architectural and digital artist and professor emeritus in Design and Computation,