Even celebrities fail to adopt 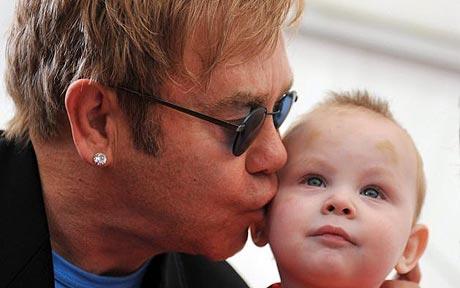 I’m so very proud of my client Francesca Polini for her success in becoming recognised as a leading spokesperson on adoption reforms. Following our considerable campaigning success in the UK,Â  Francesca’s fame has spread to the United States and her story of adopting from Mexico has been included in a new film made about Sir Elton John.

This is her latest blog post about the film. Not surprisingly, Francesca is still in a whirl of excitement.

A few weeks ago I was contacted by Olga Rudneva. Sheâ€™s a filmmaker whoâ€™s been making a documentary feature about adoption. Itâ€™s an international movie, inspired by the failed adoption of Â Sir Elton John and his partner, David Furnish, in which a couple who are considering adoption go on a voyage of discovery visiting orphanages and learning about adoption.

You probably know whatâ€™s coming next: what they uncover is heartbreaking and frustrating as they experience what many adoptive and would be adoptive parents have found â€“ a system that works against the interests of the children. Apparently Sir Elton John and David have provided a great deal of input into the feature, so my delight at being contacted was pretty much off the scale. They sent a film crew from the States to record my experiences of adopting from Mexico. I had to keep pinching myself to believe Â it was true!

Itâ€™s gratifying that my campaign group, Adoption With Humanity, has been recognised amongst global adoption campaigning groups Â for its emphasis on the plight of the thousands of children in the UK forgotten in care. Though Iâ€™m no less frustrated at the situation weâ€™re in with adoption, itâ€™s very encouraging to know that many of you share our views and understand the need to make the adoption process leaner and more child-centric.

Launched in the US this coming September, the film will be shown here in the UK just before National Adoption Week. I have huge hopes about its potential as a catalyst for change. Filming with Olga and dealing with her and her colleague Mike Dudko was an amazing experience and their commitment to giving children a voice is real and will hopefully go a long way. I felt like I had known them both for ages.Â We share the same views and dreams. Dreams it is worth waking up to every day for.

Congratulations to Francesca!Â  Now she challenges the government to take more action, rather than give lip service.