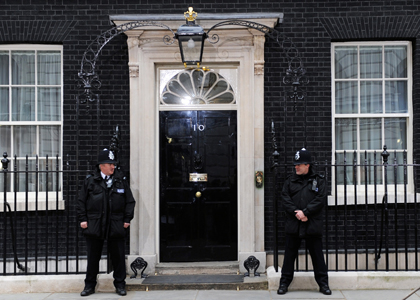 I will be joining Adoption with Humanity campaigners when they deliver their petition at 10 Downing Street, taking their proposals for adoption reforms straight to the heart of government, on 31 October, the first day of National Adoption Week.

The petition, which already has more than 1,200 signatures, will be handed over by Gaia, the three-year-old daughter of Francesca Polini. Gaiai and her brother Luca were adopted in Mexico after Francesca and her husband Rick were turned down by their local authority in Ealing.

Adoption with Humanity was founded by Francesca, along with Stevan Whitehead and Alex Bemrose, who also both adopted children from overseas after being turned down in the UK for their skin colour and class. They believe their proposals will overcome the present failing bureaucratic system which in the last year has seen only 60 babies under the age of one be adopted in the last year.

They propose that a National Adoption Authority is formed which will have control over local authorities and courts and is governed by those involved in the adoption process, including social workers, psychologists, doctors, adoptive parents, birth mothers and adoptees.

One of the NAA key proposals is that a personal budget should be allocated to the child (similar to a statement of special educational needs) and the creation of a separate national budget for the assessment and preparation of potential adopters. Funding for this would come from the reallocation of budgets from the Department of Education and Ofsted.

Their proposals have the support of Baroness King of Bow, Oona King, who has two adopted children, and courtier dress designer Bruce Oldfield, a former Barnardo’s boy.

Earlier this month Dr Chris Hanvey, chief executive of the Royal College of Paediatrics and Child Health, writing in The Times, has called for a National Adoption Agency, saying:

“It is time to set up a National Adoption Agency, answerable annually to Parliament for its performance and committed, through a regional network, to develop standardised measures aimed at boosting the number of children adopted each year.”

Although it is anticipated that David Cameron will announce plans to modernise the present adoption process, reformers are concerned that they will not go far enough. Dramatic action is needed to ensure that more children at a young age are offered for adoption with loving and secure homes, instead of being left to languish in care homes.

Which would you prefer if you had a choice as a two-year-old?

*A press release about the petition can be read on PR Web on this link.