Made in Dagenham – the real women behind it 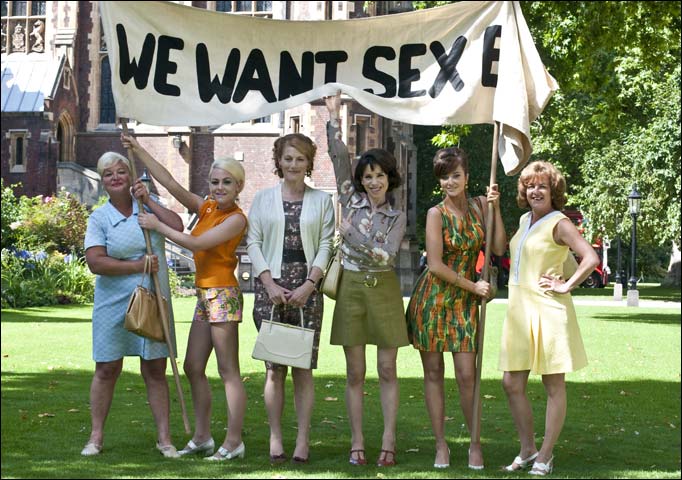 I was confused when I saw Made in Dagenham last week as at the end it included some black and white news clippings from the 1960s showing older women on strike, while the film used much younger women.

The successful and inspiring film is a dramatisation of the 1968 strike at the Ford Dagenham car plant where female workers walked out in protest against sexual discrimination over pay. But how truthful was the film?

A woman who was brought up on a council estate in Dagenham in a street full of Ford workers wrote to The Mail this week and doesn’t think it was. She wrote to the paper saying:

“I was intrigued to to see that most of the women strikers in the film are young, whereas most of the women I recall working on the factory floor were middle-aged. They certainly didn’t use bad language: they come from the Forties generation and women just didn’t swear then. Nor did they strip down to their undies at work.”

Well I guess the film makers can defend themselves by describing this as “a dramatisation”, and at least they didn’t knock 30 years off Barbara Castle – a real heroine for standing up against Ford and supporting these determined and courageous women.

The part of the film which I found most moving was when the beautiful wife of one of the Ford bosses confided in Andrea, the feisty strike leader, about how unhappy and unfulfilled she felt. She was highly intelligent and had a degree, but was not allowed to use her brains, and instead lived the life of a servile wife whose husband looked down on her.

I was reminded of the ageism untruths behind Made in Dagenham after reading today about two Corrie soap stars, Sue Nicholls and Beverley Callard, who compalined that the acting industry was ageist towards women. There is certainly no shortage of talented older actresses in this country.

Now wouldn’t these two have been great in the film…….