Just imagine you are President of the United States… 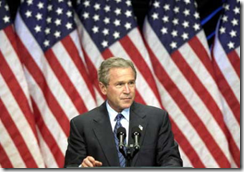 At Cambridge Speakers’ Club last night, part of Toastmasters’ International, I performed the role of Table Topics Master for the first time.

This meant I had to select a topic and provide a series of questions on that theme for members. It is very challenging for them, they have to think and speak on their feet for up two minutes and include the word of the day, which was “fathomless”. It is considered by some to be the most terrifying part of the evening as they are totally unprepared, they have no idea what question is going to be thrown at them.

My topic was the gripping American presidential election campaign. I asked speakers to imagine they were a candidate on a soapbox and had to persuade the public to vote for them. I asked them to outline their policies on different issues, and I phrased the questions so no expert knowledge was required.

It went really well, everyone rose to the challenge, and I wondered if you might want to answer some of the questions too. I also included some lighthearted ones to keep the proceedings entertaining. Here goes:

1. What would you propose to help working mothers get a better deal?

2. Very few young people vote in elections, how would you encourage them to become more interested and active in politics?

3. The elderly complain they have been neglected by successive governments, what kind of help would you give them?

4. Many groups have expressed concern about the lack of respect from today’s young people, what are your views on this, what would you suggest?

5. You are championing climate change, what are your proposed polices for this, how will you encourage the public to support them?

6. Some voters complain that space exploration is a waste of money, that the money should be spent on health or education instead. What do you think, would you like to see space travel continue?

7. Some children feel their views are ignored and would like a minimum figure set for compulsory pocket money. Do you support this idea and, if so, what amount would you suggest?

8. You want to initiate a new Ministerial role, a Minister of Fun, as you believe there are too many miserable people in the country. What kind of fun â€“ and please keep it clean – would you like this Minister to introduce to make the public happier?

9. Itâ€™s now neck and neck in the last primary, the final decision rests on this last nail biting count. Please explain simply what your three top priorities would be if you were elected President of the United States.

10. Congratulations, you are now President of the United States, what will your first action be, and why?

*I wonder if Jeremy Jacobs has used this topic at his Toastmasters.