Have you read the Climate Change Minister’s blog? 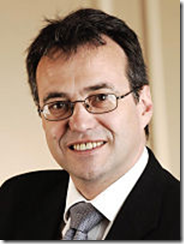 Do you know who our Minister for Climate Change is?  He is Phil

Woolas. Phil who, you might be asking? This is a man with one of the hottest jobs in government right now. His responsibilities also include flooding, as well as GMOs, chemicals, pesticides and radioactive waste.

He wrote a Bali diary from the recent climate change talks and  plans to continue writing his blog through to 2009, but does not appear to be inviting comments. Unless you read the Defra website, you would not know it existed. Because it has exactly the same format as the Defra website, it does not look like a blog. And yet this is such an important topic to be talking about, to encourage and stimulate a global conversation. It already has a high profile following, if you believe this statement on his site:

It seems as though quite a lot of people have been reading it, not least a number of the foreign dignitaries and other notables our Ministers met in Bali.

It tells us little we haven’t already read in the press. I would liked to have known something of what he talked about with Sir Nicholas Stern on their flight over the South China Seas. And what actually happened in the meeting he hosted with China about "where we go from here?"

Don’t keep us in suspense please Phil, we all want to know the answer to that question….

*While we are on this subject, I would like us to have a dedicated Minister for Climate Change which excludes the other responsibilities included with this post. Surely this is more than a full time post on its own merit.

Phil W certainly has a lot of questions to answer on his present record. For example, why, after our catastrophic floods earlier this year, are ministers proposing that we build new homes on flood plains? Is he is agreement with such a loony idea? This is a government criticised for its tackling of water problems and for its appalling handling of the summer floods.

On top of this, researchers have just reported that the world’s sea levels could rise twice as high this century as UN climate scientists have previously predicted, according to the journal Nature Geoscience, which reports that the maximum rise could be about  163cm (64in). That is a terrifying thought.

And I hope Phil W has read the serious concerns raised by a group of top UK engineers in The Times today urging the government to implement new technologies, otherwise the aspirational targets of the UK Climate Change Bill — and the Bali conference — will fail. Their warning letter states:

While it is technically possible to meet agreed targets, bringing the necessary engineering solutions to market in the quantities required is a Herculean task. Sir Nicholas Stern showed that doing nothing will be a lot more expensive than taking action now — but it will still require massive investment in development and commercialisation.

However, the proliferation of schemes, targets and laws around the world creates a confused landscape that only climate change specialists can navigate. The tools to reduce emissions in the necessary timescale come mainly through engineering. But there are no easy answers: renewable energy sources such as wind, wave and solar could all provide low-carbon electricity but are at varying stages of development; biofuels and hydrogen could reduce transport emissions but there are inherent risks; carbon capture and storage could significantly reduce emissions from fossil fuel power plants but there is yet to be a full-scale, commercially viable demonstration.

Throughout history engineers have shown their ability to provide innovative solutions to many of mankind’s problems. We can do so again but we cannot achieve the impossible. If the practicalities and realities of successfully implementing new technologies are not adequately considered then the aspirational targets of the UK Climate Change Bill — and the Bali conference — will fail.

Climate change is new territory for us, but we must be brave and decisive and place our confidence and trust in wide ranging experts to act decisively on these issues.

*Phil W would like your feedback about his Defra blog, btw, so do check it out here, and this is the address to forward your comments: ps.phil.woolas@defra.gsi.gov.uk