Government urged to support families of the missing 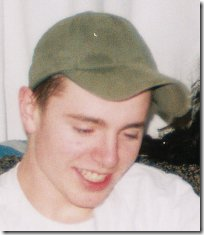 The anguished mother of a

missing son is urging the government to provide desperately needed support and additional police training to deal with these unfathomable cases.

Nicki Durbin, mother of Luke (pic left) who vanished in May 2006 aged 19, and Valerie Nettles, whose son Damien (pic right)disappeared mysteriously in November 1996 when he was 16, are teaming up with other families of the missing to hold a peaceful march in London next March to highlight their plight, as well as pleading with the government to provide much needed resources.

"Whatever the circumstances are that a person may go missing, it is a living nightmare for those left behind. For all families, who have a family member that has gone missing, we are asking for the government to help and support us in this dilemma. It can no longer be left to the family and the local authorities to handle these cases.

"We would like the government to address this problem by passing a Bill for the ‘Missing’ and to make available funds to support and counsel and advise the families left behind to deal with this dilemma.

"We want to highlight the fact that there are thousands of families going through the loss of a loved one who has gone missing and that we exist and have existed, some of us have been fighting this battle for many years with little support or resources.

"If families of the missing can join together with pictures of their missing family member, it will present to the government how large scale this phenomenon is and how many lives this affects. There are limited resources to families left behind in the form of the charities that currently exist, but the problem is bigger and the resources are not there for the long term and we would like to see the government make these funds available to such an organization so that the help is there when it is needed for those left behind and alone to try to put lives and families back together as best they can."

How can the government deny such a request? It would be inhumane to ignore the broken hearts of these devastated families. Government is made up of parents, after all. We have to remember little Madeleine too, and the anguish her family are enduring.

I really admire Nicki and Valerie so much. Nicki asked me who she should contact at government level regarding this. I suggested Ed Balls, our Secretary of State for Children, Schools and Families. And then there is Gordon Brown, of course. I shall ask Nicki if I can publish the letters she writes to government, and the responses she receives.

"There is no support group for families of the missing. The charity Missing People are brilliant but they have had their funding hugely cut by the government – remember they are the only organisation in the Uk for Missing and the families left behind. Missing People wish to be as dynamic as their service users but they are tied by their resources. They recognise the need for a support group for the families and are currently doing research into it.

As I am sure you must know through your own research of missing, when a child goes missing, regardless of age, gender or circumstance the parents and families left behind enter an alien world. There is nowhere for them to turn for counselling or coping strategies – the staff at Missing People are fantastic but they acknowledge they are not trained to support in that way. Also, no one understands like a person going through the same hideous ordeal. So initially from the government we wish to secure funding so Missing People can facilitate a support group for the families left behind.


The other issue that has cropped up with many families (not all), that Val and I have spoken to is the way the police handled cases of the missing in the early days.

"There is undoubtedly a prejudice on class and gender in missing persons cases. One woman I have spoken to lives in an inner city and has a broad Cockney accent, her daughter had been in a lot of trouble before she went missing. She felt that the police and media would not take her seriously. Her daughter has now been missing 9years! So we feel that better and uniformed training for police throughout the country in dealing with missing cases is crucial."