Every man has his price 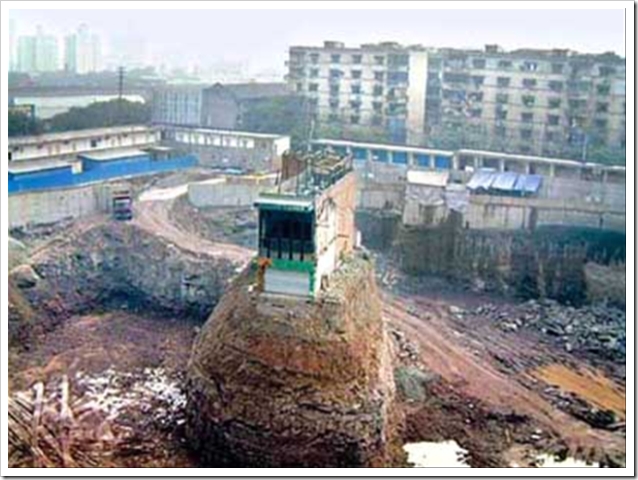 I thought the Chinese might know how to twist an arm, but it appears not. Developers have been unable to persuade the owner of this home to move out so the area can be turned into a Â£40m ‘Broadway’ square, including apartments and a shopping mall.

His asking price to pack his bags is 20 million yuan – the equivalent of Â£1.3 million. I wonder where his/her neighbours are now, what price they settled for. And the developers must be tearing their hair out.

It must be tricky popping out to the shops when you live in self-imposed exile on a 30ft high island. What would you do in this homeowner’s shoes?