Is the cost of divorce to blame for fewer marriages? 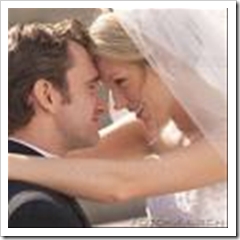 With weddings hitting an all time low, I wonder if a major cause for men is the thought of getting stung in the divorce courts, like Colin Montgomerie and Ray Parlour, whose ex-wives can continue to live in luxury for the rest of their lives.

Mind you, with some women earning more than their husbands, the boot can sometimes be on the other foot.

But now our divorce settlements are to face a major a shake up as they are regarded as being the most generous in Europe towards divorcing wives, with thousands of women flocking here to have their divorce heard.

This New Statesman article reports that while other European countries expect women to return to work and support themselves after the breakdown of a marriage, England has experienced a counter-feminist revolution in recent years. It has become normal here for women to lay claim to all the assets their husbands have brought to the marriage, and even future earnings, as well as being supported by them for the rest of their lives

Now all that is set to change with a massive upheaval being proposed from Brussels and due to come into force next year. The European Commission has put forward a controversial new legal framework to streamline attitudes to adultery and maintenance across Europe. It wants to end divorce “tourism” and prevent disgruntled spouses shopping for a court hearing in England. I imagine that is music to the ears of many divorced men. And how can men possibly afford to divorce twice?

The intention is to introduce greater consistency in the treatment of divorcees through out the European Union. Just compare how divorce settlements differ throughout Europe:

Denmark
Maintenance is not common in Denmark, and when granted it does not normally last more than ten years. In England, chances of gaining maintenance for life increased after the 2006 McFarlane case, in which the wife received Â£250,000 for life.

France
Maintenance for the wife can be claimed if she conceived during the marriage; it is paid until the child turns three. But all maintenance depends on the obligated spouse’s financial ability to pay. Pre-marital assets and inherited wealth are excluded.

Spain
Most of Spain splits assets acquired during marriage equally. In Catalonia, however, these do not have to be shared. Maintenance depends upon factors including length of marriage, health, employment prospects and the parties’ skills.

Sweden
In principle, all marital property is to be divided equally between the husband and wife. Anything acquired before marriage is subject to any pre-nuptial agreement. Ex-spouses are expected to support themselves, though maintenance may be awarded for a transitional period.

Scotland
Often seen as “mean” for its 50:50 division of matrimonial property, regardless of the length of the marriage. Still, inherited assets and assets acquired prior to marriage are excluded. Also, maintenance is usually paid for only three years from divorce unless there are exceptional circumstances.

Harriet Harman, Minister for Constitutional Affairs, is keen to see divorce legislation amended and will be making regular trips to Brussels to search for common ground; it could well be a bitter battle.

I like the French and Scottish rule about inherited assets and assets acquired prior to marriage being excluded from settlements, it certainly seems very fair. I wouldn’t be surprised if pre-nuptial agreements are encouraged, I can see why those with vast wealth want to protect themselves against gold-diggers, but it does take the romance and trust out a relationship.

Then there is the issue over cohabiting couples and their rights when breaking up. That’s why staying single can seem such an attractive option for so many.

So how fair do you feel our divorce laws are? How should they be changed so both sides get treated equally and fairly?