Are men discriminated against? 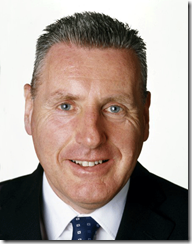 It aims to advise government and other policy makers on designing policies and services that take account of the specific needs and experiences of men in a wide range of areas, including violence, crime, parenting, relationships, health, work and education.

It also seeks to identify “how masculinities and menâ€™s experiences” should inform and enable government and other agencies to develop a collaborative approach to gender equality.

Having read this far, you are probably wondering, like me, what exactly this means, and whether men really feel discriminated against?

Members of the Coalition include the Menâ€™s Health Forum, Respect, Fatherhood Institute, Menâ€™s Advice Line, Relate, the Research Unit on Men and Masculinities at Bradford University, NCH and the White Ribbon Campaign. It is also supported by the Home Office and the Government Equalities Office.

The Coalition’s core principles outline how “the specific needs and experiences of men and boys are not well understood or taken into account in the development of public policy or professional practice across a wide range of areas”.

Excuse me, but I thought opportunity was already available in our democratic system, this is what I do not understand. And are men being discriminated against in policy making decisions?

And what do these two statements mean about their intentions:

“To promote the understanding of how the social construction of masculinities functions within a range of diverse social and cultural contexts.

“To promote effective mechanisms for government and other agencies to engage with men and boys and develop gender-sensitive policies.

I have no idea how much money, if any, the government has spent on supporting this Coalition. The reason for the lack of media interest could be because the Coalition serves no real purpose, that facilities and processes already exist to achieve its aims.

Government should be inspiring and helping our men at an earlier stage in their lives so they leave school with skills that carry them through life, they should focus on helping them to achieve better results at school and raise awareness about specific male health concerns that could be cutting their life short.

Come on guys, there isn’t a Women’s Coalition along the same lines as far as I know, and women are certainly discriminated against in many more ways than men.

But maybe men think differently, so tell me guys, do we need a Men’s Coalition, do you feel discriminated against?