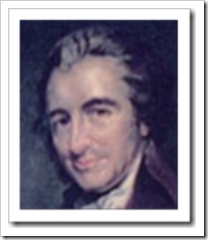 Today, Blogpower’s finest philanthropist Tom Paine, a British lawyer living in Moscow, is my guest author and describes his shyness with small talk. Is that a problem for you too, do you have an opening line that helps to get the

conversation flowing? And have you ever made an embarrassing mistake when speaking a foreign language?

This is Tom’s story.

My fears have set me free.

Ellee blogged [http://lastditch.typepad.com/lastditch/2007/02/what_is_your_fe.html] at my site about her fear of public speaking. She made me think, as she often does. I have no fear of speaking in public. In fact, I enjoy it. But whereas Ellee is entirely at ease meeting new people and making small talk (I know – I have seen her in action) I am shy and nervous face to face.

You might say I am afraid of private speaking.

How do I manage in my job, you might ask. Thatâ€™s easy. I regard all work-related speaking as public speaking. I donâ€™t relate naturally to business contacts when I first meet them. I perform. Only later does the â€œreal meâ€? make an appearance.

My early ambition was to be an actor. I performed regularly in school, community and Youth Theatre productions. Shyness was no obstacle. Many actors are shy. Speaking the words of others behind the mask of a character is a real liberation for a shy person. For an hour or so, your inhibitions are left in the dressing room and you can be fully alive. I took up acting as a boy in order to overcome my shyness, but it didnâ€™t help. Being someone else on stage was far less difficult than being myself.

My acting experience has served me well in life. Whenever shyness threatens to interfere with something I want to achieve, I act the part of a confident man. Few who know me would accept that I am shy. Those to whom I have occasionally mentioned it react with amused incredulity.

Now even I tend to forget. Except, that is, when speaking a foreign language. My wife is a talented linguist. Armed with a couple of hundred words she will sally forth and converse. Over weeks and months of what seems more like play than the hard work it is to me, she develops fluency. After a couple of years in a new country, she is ready to play her favourite game of passing herself off as a native.

Not me. I need to learn thousands of words before I am ready to attempt a public sentence in another language. Of course I understand, intellectually, that languages are best learned by trial and error. The more embarrassing the mistake, the less likely you are to repeat it. I still blush at the decades-old memory of asking a waiter in German to open a window because I was too hot. I used the wrong phrase and announced to general hilarity that I would like him to open the window because I was randy. I would never make that error again. Sadly, my reluctance to accept such humiliations makes learning languages slow and painful.

So why do I live abroad? Why put myself through such grief? Thatâ€™s easy too. My family has lived in the same village for centuries; most within a short walk of each other. I grew up desperate to escape the restrictions of small town life. I hated that I couldnâ€™t take a girl to a pub without my father knowing which girl and where. There is no privacy in such a place and I wanted, more than anything, to break free. Once I reached escape velocity, there was no knowing where I would land.

There are costs, certainly, but the compensations are greater. Nor are they the shallow motivations of lower taxes and â€œexpatriate packagesâ€? which those who cling to home imagine. You might go abroad once for the financial package, but you only stay if you find something more.

I love to experience how others live. To be human is pretty much the same anywhere. The basic problems of life are universal. But it is fascinating to see how other cultures address those problems. Much more unites us humans than divides us. But what divides us – language, culture, customs – is much more interesting.

Itâ€™s worth getting over your shyness, and your fear of foreign languages, for the prize of seeing the world.