Raspberry Pi will launch this week 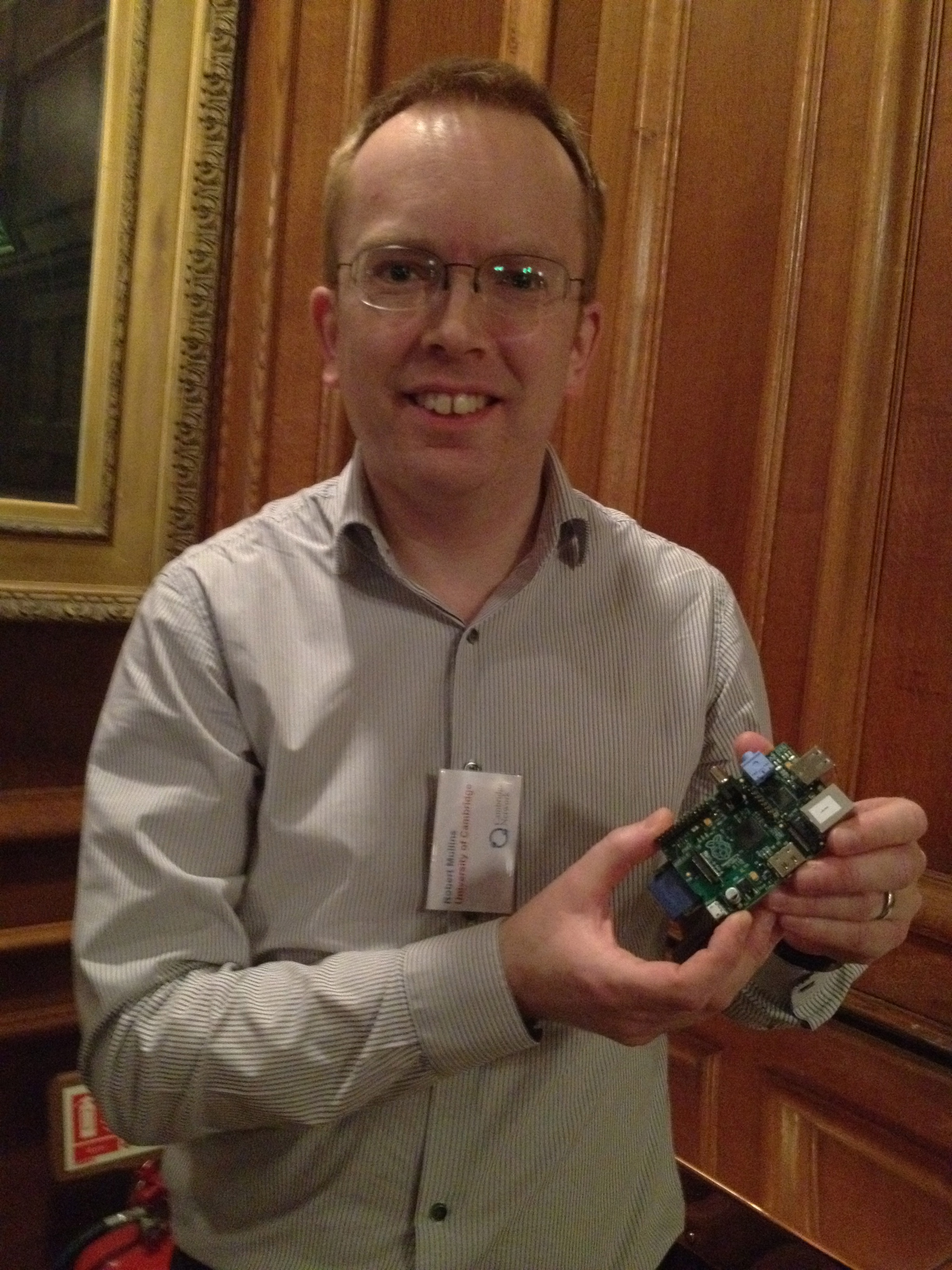 Britain could be heading for a new generation of young creative computer progammers – thanks to the launch of Raspberry Pi, a mini computer board which is hoped will help revitalise computer science in schools.

The very same day that I met Chris Curry, joint founder of Acorn Computers, when he sang the praises of Raspberry Pi, which has drawn inspiration from his BBC Micro, I then coincidentally met one of Raspberry Pi’s trustees who announced that they would be launching this week.

There is a huge buzz on Twitter as fans eagerly await the opportunity to buy this must-have gadgets which retails for a top price of Â£22; a test Beta version attracted bids of more than Â£3,000 eBay in a fund-raising auction earlier this year. The announcement on their websiteÂ  that they should have their deliveries sent today or tomorrow has resulted in 192 comments at the time of writing this. They should be arriving very soon.

Robert Mullins, a trustee of Raspberry Pi, told a Cambridge Network event that they hoped to get children interested in computer programming. He said their project has had positive feedback from the government. He told us:

“This is board number 1. It is an early beta board from a small batch that was made in the UK. It’s a credit sized computer that is going to be sold, primarily the target is school children, for 25$ or Â£$35 dollars, a model A and a model B.

“The launch will be next week (this week now) and there will be more then. Everything is going to be released next week. There is a developmental launch next week where we have a few thousand boards and then later in the year an educational release to school children and anybody who wants to buy one.”

The feeling is that while our school kids might know how to use social media and create websites, they lack the technical skills and knowledge of computer science, and this is what inspired its founder Eben Upton to form the Raspberry Pi Foundation.

Interestingly, this is another Acorn spin-out with its links to ARM (you can read more on this here and here), only this time, it’s gone round full circle. The Raspberry Pi Foundation was founded in 2009 in Caldecote, South Cambridgeshire, as a registered charity and the first ARM prototype version of the computer was mounted in a package the same size as a USB memory stick. Back in the 1980s, the BBC Micro (from Acorn) were widely used for computing in schools, which included programming language which ran on the on the machine, providing an introduction to the challenges of coding. Raspberry Pi will be taking over from where BBC Micro left off.

Chris told me he found it a very interesting project, and clearly liked the way that the Raspberry Pi innovators “want to recreate that personal creativity to computers”.