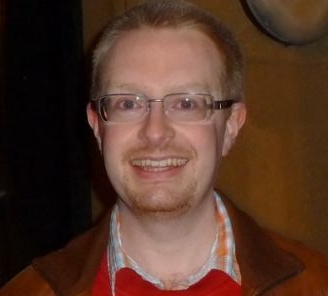 I was invited to attend the a parliamentary meeting regarding family law last week, but was unable to attend. Sam Smith went and has contributed the following report – and concludes that much needs to be done to overcome secrecy regarding family court hearings.

Guests at a meeting of the All Party Parliamentary Group on Family Law last Tuesday were left uninspired after questioning members of the Family Justice Review Panel whose members were appointed by the last Labour government and whose remit does not include key issues.

aired by John Hemming MP brings much need for scrutiny to the controversial area of family law and this second meeting demonstrated just how badly it is needed.

The Family Justice Review was ordered by the outgoing Labour government earlier this year in response to widespread concern in the public and the media. Members of the panel attended the parliamentary group to answer questions from members of the public, representatives of stakeholder groups, family law practitioners and journalists.

As one might expect from a panel set up by a government containing Harriet Harman and Jack Straw, the review panel is composed of four civil servants (including three ‘government representatives’), two local government worthies, a judge, the chair of a charity and David Norgrove the Chair of the Pensions Regulator. Notable for their absence are representatives of families whose lives have been touched by the courts or any of the charities campaigning for reform of the system.

The meeting began with a presentation from John Coughlan CBE, Director of Children’s Services at Hampshire County Council. Mr Coughlan opened by explaining the panel’s view that the welfare of children should remain paramount (who thinks otherwise?) and went on to cover a number of themes including the desirability of ‘greater efficiency’ (who is for inefficiency?) and ‘simplicity’ (who is for complexity?)

The meeting was opened to the floor to give the opportunity to ask questions and to raise comment. The first question was to ask the panel about their views on transparency in the family courts, where hearings are held in secret and families are ordered not to disclose their suffering to their members of parliament or the media. The answer? “Not in our remit”. The panel’s terms of reference are a sparse one-and-a-half pages of new Labour waffle. Needless to say the term ‘transparency’ does not feature once.

Other questions followed in similar vein with representatives of several charities focusing on issues of real injustice touched on only in passing by the review, if at all. What was plain was a disjunction between the concerns of the public and the media and the priorities of the panel. The audience at the meeting, including myself, were left with the impression that the review would provide little in the way of reform. Mr Hemmings is to be commended for shining a light on this difficult area but sadly he has his work cut out for him.

I asked Tim Loughton, the Minister for Children and Families, where he stood. It is clear that the he and the Minister for Justice Jonathan Djanogly are far keener on transparency than his Labour predecessors. The government have suspended implementation of Part 2 of the Children, Schools and Families Act which would have potentially further restricted reporting. Certainly there are good reasons to open up the family courts. Such a policy would cost nothing, would enable better assessment of the real situation in the system and would make a sympathetic minister popular with the media.

Reforming the family justice system is a long term, complex project. However, the coalition government has the people and attitudes to finally bring change to this neglected area.The review panel is due to issue an interim report in April 2011 to coincide with the Munro Review of Child Protection. It is to be hoped that the government will then take the necessary measures to restore confidence in the system by allowing all Family Court judgements to be published, albeit anonymising the parties. In the interim Mr Loughton and Mr Djanogly could do worse than look again at the panel’s membership and terms of reference.

*Sam Smith is a former Labour Councillor and member of Labour Party Staff. He is now a member of the Conservative Party. He has joined the campaign to for reform of the family courts in light of a relative’s difficult experiences.

*I was invited to attend this hearing because of my post about the Court of Protection which continues to arouse considerable interest, with many frustrated people describing their heartfelt personal stories in the comments.