ME sufferer calls for urgent improved screening of blood donors 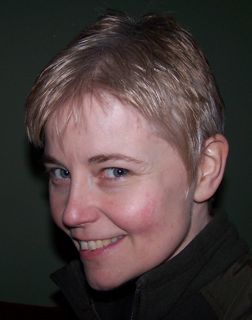 This is a guest postÂ  by ME sufferer Christine Douglas who is campaigning for an urgent improvement for screening of blood donors in the UK similar to other countries in the world. She has called for an international collaboration on blood screening methods, which makes good sense to me:

If someone told you that a brand new human retrovirus (from the same family as HIV) had been discovered in patients with prostate cancer and myalgic encephalomyelitis (ME), and that scientists are close to explaining its link with these diseases, would two of your first thoughts be: how do you catch it; and is it in the blood supply?

If you then heard that several countries had deferred blood donations from people with a history of ME, as a precautionary measure until more is known about the virus, would you think it a pretty sensible precedent that others should follow?

Unfortunately, these are not hypothetical questions.

In 2006, the US Cleveland Clinic discovered the (somewhat inelegantly named) Xenotropic Murine Leukaemia Virus-Related Virus (XMRV) in secretions from familial prostate cancer tissue. In 2009, a tripartite team of US researchers isolated the virus in 67% of ME patient blood samples and 3.7% of healthy controls.

Disturbingly, in 2010, two subsequent UK studies failed to find XMRV in ME blood samples, although time may show that this was more a function of different cohort selection and test methodology than of the virus being refused entry to Britain. Indeed, US researchers are using their own protocols to find XMRV in the UK, with results from an initial phase due imminently.

In the meantime, the international AABB (ex-American Association of Blood Banks), Australian Red Cross, Canadian Blood Services and New Zealand Blood Services have deferred blood donations from people with a history of ME. In addition, the AABB has confirmed â€œan indefinite deferral of donors who have received a diagnosis of XMRV infectionâ€.

In the UK, ME organisations and individuals have lobbied the NHS Blood and Transplant (NHSBT), the Department of Health, the Chief Medical Officer and a motley selection of cabinet ministers and MPs for a similar policy. To date, both old and new Governments have failed even to acknowledge that XMRV is a potential risk, let alone adopt the precautionary principle and act on the matter.

The NHSBTâ€™s position on this (for which permission to repost had to be gained under a Freedom of Information request) is that â€œâ€¦.people who have previously been diagnosed with ME are able to donate blood once they have recovered and are feeling well. There is no set timescale for this, and no additional diagnostic tests are carried out before they can donate bloodâ€.

It seems that the NHSBT has forgotten its â€˜virology 101â€™: you do not recover from a retrovirus. It inserts itself into the host’s DNA. Regardless of how well you feel, you have the virus for life or until science finds a way to get it out of your gene structure.

Granted, the evidence has not yet been published to prove that this retrovirus will harm you but, given the contaminated blood scandal of the 1970/80s and the ongoing vCJD debacle, would it not be prudent to defer donations from all ME patients and anyone who is XMRV positive, just in case?

The issue, however, goes beyond simply protecting the blood supply. It is also about Government being seen to be aware of XMRV and to be taking a proactive stance on its research and management. In the absence of this, frightened and frustrated patients will mount their own communications offensive to force a response. Whether this is via the internet or through demonstrations at blood donation sites, it is likely to be crude and alarmist and encourage public panic rather than public support.

A simple Government statement on donation deferrals, plus confirmation of international collaborations on blood screening methods, would go a long way towards diffusing this groundswell of anger, as well as protecting the blood supply.

If the new Government continues to ignore XMRV, however, it could find itself facing not only another blood contamination and public health disaster but also growing civil unrest, and all before its first year is out.

*Christine is an ex-management consultant with a degree in business studies and a masters in environmental technology. Her career was cut short due to ill health and now she â€˜volunteersâ€™ for a few hours a week. She lives in an old house in the South West and is in a long-term relationship with her bed. She hopes that the XMRV discovery will lead to effective treatments for herself and millions of others worldwide.