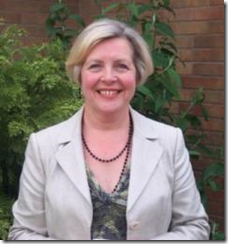 being offered free membership, according to this report. It  now boasts that it is the largest student group in the country.

Their numbers are said to have increased tenfold after what could be construed as  bribery, and a sign of desperation by Madeleine Kirk, the York Outer parliamentary candidate, and her team.

A press release from her office has boasted that â€œthe York University branch was now the biggest Lib Dem student group in the country after 115 new party members were recruited in just one day.â€

A local councillor is quoted as saying, â€œâ€œIt will definitely give York more kudosâ€. Maybe it is also hoping these inflated figures will give their election coffers a boost too.

Conservative parliamentary candidate Julian Sturdy went to the Freshersâ€™ Fayre as well and easily signed up 70 members, with pledges from others too. And Conservative students willingly paid their own signing up fee. Lib Dems usually recruit around 10 members.

The student membership costs only Â£4, but Lib Dems met this cost from donations made to the local Lib Dem group to massage their figures and create a false impression that it was well supported. It is doubtful if, in these circumstances, this support will be transferred from paper to the doorstep.

â€œWe have never had enough members. I was always having to treble numbers when telling people how many we had, just to make us look like a worthwhile party. We decided to try this.

â€œIt is the best thing in the world for me to come into a society that was about to die and completely turn it around.â€

That says it all really â€¦.