Who is the Court of Protection really protecting? 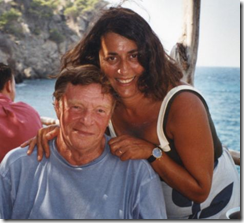 They say you judge a nation by the way it looks after its elderly and vulnerable population. So who can defend this very disturbing report in todayâ€™s Mail on Sunday which claims that the Court of Protection is seizing the assets of thousands of elderly and mentally impaired people and turning control of their lives over to the State – against the wishes of their relatives.

suffering from Alzheimer’s or other mental incapacity. It takes over control of people’s finances, which means appointed â€œdeputiesâ€ must get authorisation to pay expenses such as rent and household bills on their behalf. It is intended to represent those who have not made a lasting power of attorney at a time when they had full mental capacity, appointing someone to help them if they should become unable to handle their own financial affairs.

The system has been a nightmare experience for many families, with the court hearing about 23,000 cases a year and so far taken control of more than Â£3.2billion of assets. It has also resulted in a staggering 3,000 complaints, including allegations that officials failed to consult relatives, imposed huge fees and even ‘raided’ elderly people’s homes searching for documents.

This report is very worrying, particularly as dementia and Alzheimerâ€™s is predicted to soar in future years, resulting in even more vulnerable people and their carers facing turmoil and financial loss. It demonstrates how important it is to plan for our future. In fact, a friend my age has appointed me as her lasting power of attorney, as has my mother, and although I have made a will, this is not something I have yet considered. Perhaps I should.

Here are some of the worrying cases highlighted in the Mailâ€™s report:

Children’s author Heather Bateman (pictured) was forced to get permission from the court to use family funds after an accident left her journalist husband Michael in a coma.

In a moving account of her family’s ordeal in Saga magazine, she wrote: ‘Michael and I were two independent working people. We had been married for 28 years. We had written our wills, both our names were on the deeds of the house we shared in London and the Norfolk cottage we had renovated over the years.

‘We had separate bank accounts and most of the bills were paid from Michael’s account. Now, to continue living in the way we always had done, I needed to access the money in his account.

‘The Court of Protection brought me almost as much anger, grief and frustration into my life as the accident itself. [It is] an alien, intrusive, time-consuming and costly institution, which was completely out of tune with what we were going through. It ruled my waking moments and my many sleepless nights.’

Mrs Bateman even had to apply to the court for permission to pay the couple’s daughter’s university fees.

She added: ‘I could write as many cheques as necessary up to Â£500. But if I needed to access more I had to get permission from the court.’

The Mail also describes how an internet support group, Court of Protection Problems, reveals other struggles with the system.

One recent posting by ‘gillm1’, whose mother suffers dementia, said: ‘They are causing me so much stress and worry and I feel I am being treated like a criminal. Their letters are bullying and threatening and they completely ignore everything I say.

‘I have grown to hate them! They took years to process my application and I object strongly to the extortionate fees they are demanding.’

"â€™They have upped my supervision level without taking any notice of my appeal – therefore costing my mum yet another Â£800 per year. It’s nothing short of robbery.

‘All I want is to be left alone to pay my mum’s bills and to safeguard as much of her money as I can, but these people are constantly demanding high fees for their "services" which, as far as I can see, consist of harassing people and little else!’

The huge number of complaints surely demonstrate that this system is not working and needs to be urgently reviewed. This is a devastating time for families without having to suffer additional trauma like this. The court is simply forcing an additional stealth tax on the vulnerable.

One of the comments posted on the Mailâ€™s website summed up the concerns of many:

Having now read the full story I am utterly disgusted with this Government. My husband and I are now going to make arrangements for a full Power of Attorney so they can’t touch what little money I have. I want something left for my children and I don’t intend for it to be TAKEN by this Government or any future Government.