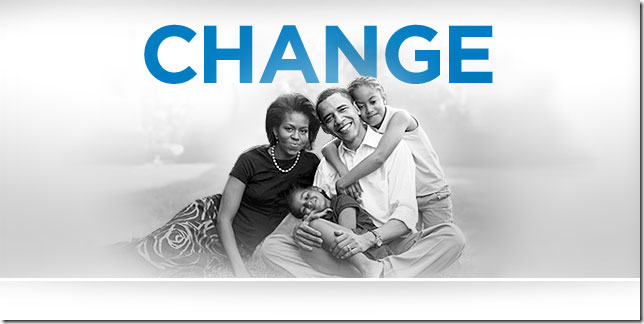 I believe I was the first political blogger in the UK to write about Barack Obama back in January 2007. Who could have guessed then that he would sensationally snatch the Democrat presidential nomination from Hillary Clinton, and is now only days from possibly being America’s first black president.

I asked then if he could end up in the White House, and I’ve asked the same question again today because it is hard to

predict if he really has it in his lap, or whether voters will swing away from Obama and play the race card.

Also, when will we Brits have our first black Prime Minister?

Commenters on my blog in 2007 doubted that the Democrats or Obama would succeed. I thought it would be interesting to recap on those views. And I wonder what those bloggers think now:

Tim Roll-Pickering: He could do better than Hilary Clinton – yet another New England liberal isn’t going to make the breakthrough in regional polaristion that the Democrats need to make to win the White House. But does Obama really have what it takes to appeal to somewhere in the South, the Mountains and the Great Plains to win over the states needed?

cityunslicker: The Democrats are very unlikely to be able  to beat Guliani or McCain in the next race, no matter how it looks now. I for one am pleased, as their protectionist agenda is the last thing a faltering economy will need.

Istanbul Tory: Obama is a media creation, portrayed as the second coming of Lincoln and John F Kennedy. He does not exist. He is a one term senator with no accomplishments to speak of. He has established himself as a left of centre politician

in a country which isn’t left of centre. Anyone who thinks Obama would be able to win a presidential election is living in a politically correct fantasyland. Hopefully the Dems will pick a contender (even Hilary the Ice-Woman) and not a light-weight media celebrity.Even a wooden eco-warrior like Al Gore would be preferable to a man who  hasn’t got a clue…Britain has learned to its cost what happens when you get the latter as leader.

All in all, Obama has the tone and substance of a Blair…the prosecution rests.

If the Democrats want to win, they should pick a moderate from the South, probably someone with a military background. Not Hilary not Obama. Despite his age, I think John Mccain will be elected president in 2008. Personally, I would prefer to see Rudy Giuliani in the Oval Office…but the republican base and party grass roots are not keen on him. Alas.

I’d not heard of him before so thanks, Ellee. I can’t see them voting for this man but it will be interesting, that’s for sure! I think it’s time for a woman president but I can’t bear the thought of the smug smirk on Bill’s face if he gets back into the White House as consort or whatever the term is.

The Curmudgeon: Obama is a Chicago guy. Hillary grew up in Park Ridge, just outside Chicago. Right now, Obamamania is sweeping the City and the media here has practically acclaimed him the winner without any need for an election.

He’ll certainly be the darling of the ABC crowd (Anybody But Clinton) when he does go national — but can he survive the scrutiny? The mud-slinging? Hillary believes it’s her turn.

president. Let me ask you a different question: Can America elect a president from the North?

Think on it: Although the Bush family hails from Connecticut (and still summers in Maine), Bush pater et fils are Texans. Clinton — Arkansas. Carter — Georgia.

You have to go back to Ronald Reagan of California to find a candidate from a state that stayed loyal to the Union in the Civil War beating a southerner. But Southern California is hardly the frozen North (the present frost damage to the citrus crops notwithstanding).

Before Reagan, there was Richard Nixon — who was practicing law in New York after losing the gubernatorial race in California in 1962. But he scampered back to sunny California as the nominee — and his opponent in 1968 was Hubert Humphrey of Minnesota. In 1972 it was George McGovern of South Dakota. And of course there was Nixon’s (pretty overtly racist) “Southern Strategy).

Before Nixon — LBJ of Texas.

You have to go back to John Fitzgerald Kennedy of Massachusetts to find our last truly ‘Northern’ president. (Gerald Ford doesn’t count; although from Michigan, he was never elected.)

I met Obama once; I have nothing bad to say about him — although there is the Tony Rezko angle still to be fully explored. My wife thinks he sounds too good to be true. But when was the last time we could say that with a straight face about anyone?

Jim: He must be in with a chance if he opposed the war from the outset, unless there are some dramatic improvements  in the Iraq situation.

Unless the electors confuse his name with Osama.

Lee: I  doubt very much that Obama will make it to the White House…this time around, anyway. I also doubt Hillary Clinton will be setting up home there again, either. I don’t believe the American people want another Clinton in the White House…and, what would she do with Bill, if this did occur?

James.R.Skinner: I’m not so sure Ellee. I’m currently studying in america at the moment, and majority of people claim

there will be a female president before a black president. Will be interesting to see the results though.

Tejus Ramakrishnan: Yet I wonder.. Is Mr.Obama popular for the deeds he has accomplished or is it merely that he happens to be of African American Descent and in this politically correct day and age that seems to be a qualification by itself.. but again I am not familiar with Mr. Obama or his politics entirely..

antonio: hey people… as a foreigner who feels (like 95% of foreigners) that the US is making the world a racist and money-minded (oil minded) and dangerous world I would love to see Obama in the white house… not only does he represents the best option for the US but also the best possible american president for the rest of the world… ask anyone outside the US and NO… no one wants the world to be trethened by another Republican president.. we really wish you americans to embrace peace and idealism not war and racism…