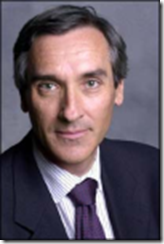 The government’s bungling of the Northern Rock crisis has led to John Redwood standing his ground on Tom Watson’s site. And it was a most civil interaction between the two MPs, no need for the Speaker to call out: "Order, order".

I wonder if this marks a turning point in political blogging, is it the first time an MP has posted a comment on another MP’s site?

"John Redwood helpfully spelt out what the Tories preference for administration would mean: “putting Northern Rock into administration could lead to a fire sale of assets and might result in taxpayers not getting all our money back” (John Redwood blog, 15 January 2008) though to be fair to John, he also condemns nationalisation. You’d expect him to do that of course. At the end of the day, he is John Redwood."

"I have consistently set out a better way of handling Northern Rock by the government acting as an intelligent and firm bank manager. The government should have taken more collateral for its loans, and specified tighter timetables for repayment, with a professional term sheet and cashflow monitoring. Taking the bank over makes the taxpayer responsible for all the debts, the staff, the pension deficit and everythign else, which will result in bigger losses for taxpayers."

That was early yesterday morning, I wonder if Tom Watson will respond to it, at least a courteous "thank you" ….