The truth about Hackney, do you feel safe walking there? 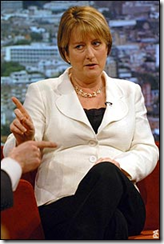 If our Home Secretary Jacqui Smith doesn’t feel safe walking in Hackney, what do the people who live and work there think? I asked a teacher I know at Hackney Free and Parochial Seconday School to tell me, and her response was very candid and eye-opening about the violence. This is what she said, this is her story:

I have listed below some of the incidents/ experiences I have encountered or heard about working and living in Hackney. Be warned these are really shocking:

1). The front entrance of the school is cordoned off by the police; no one is allowed to leave the building, whilst police secure the crime scene. Two Turkish boys have used razor blades to slice the faces of two Vietnamese boys, who they had a vendetta with.

2). One of my students is sent to Feltham Youth offenders’ unit for sexually abusing younger girls and taking lewd photographs.

3). Another one of my students is sent away to a youth offenders’ unit for a crime he committed. Crime unknown.

4) One of my students has her face slashed with a compass, by a fellow student, on the neighbouring estate. He is immediately permanently excluded.

5) A group of our students throw a firework into a local Kebab shop, on their way home from school. They are immediately permanently excluded.

6) A few years ago one of our students murders a boy from another school, outside Hackney Town Hall.

7) In 1986 a teacher at Homerton College of Technology, buys a gun and murders four people, one of which is the Deputy Head’s son. Another is the father of a boy at the school.

8)  A student tries to attack a technology teacher with a sharp instrument during a lesson, a few weeks later he is charged with the murder of a pizza delivery man.

9) One of my students on the estate is considered a geek and is violently beaten up by fellow students and residents. His family are then subjected to continued abuse and intimidation because they did not fit in. He has a police escort to take him home every afternoon, after school. The family decide to relocate to another borough in London.

10) A deputy head teacher is arrested for alleged having a relationship with a female student. Trial date pending.

11) I hand out resources to my students; a boy has a cut on the back of his neck. I ask him how he got it; he tells me his brother stabbed him.

12) Close to where I lived on Kenworthy Road, in the space of eighteen months there are two fire arms incidents, in which two men were shot dead.

13) A Ghanaian boy breaks down in tears, during a lesson I am teaching on the dangers of carrying a knife. He is upset because his little brother is regularly being bullied by a group of older kids on his estate. He tells me about an incident involving a knife. His parents were at work at the time and he was frustrated and angry with the bullies, he describes how he ran into the kitchen and selected the biggest knife he could find – a bread knife, he then ran outside and confronted the gang, waving the knife about in the air. They soon cleared off.

14) One of my students, wears a knife vest under his shirt. The teaching staff refer to him as a ‘proper G’ – gangster. He turned up one day to my lesson with over two hundred pounds, which he then throws up into the air and shouts out, at the top of his voice “scramble!” Only one boy is brave enough to scramble around on the floor and pick the money up.

The truth is it’s not actually safe walking in Hackney at any time of the day, particularly when the school children are being released from school, this is when the most muggings occur, and it is for this reason that there is always a heavy police presence outside all of the schools and in particularly on Mare Street, near MacDonald’s, where a lot of the trouble seems to escalate. It’s a terrible admission on Jacqui Smith’s part, especially when she is responsible for reducing crime on our streets.

Since Labour has been in power they have failed to tackle the issue of childhood poverty. The gap between the rich and the poorest in our country has actually widened significantly and it these issues that have contributed to the sharp rise of incidents of violent crime committed by teenagers. Over the course of the last two and a half years I have been involved with three different schools in Hackney. I can list a catalogue of brutal and extreme incidents involving the students, teachers and people living on the neighbouring estates. All of these incidents involve violence, intimidation, murder and rape. I do not exaggerate, some of the stories you hear in Hackney are truly shocking.

The truth is that there are some parts of Britain that are no-go areas. These are areas where there is a total break-down of decent values, these places are run by violent gangs, who intimidate the local community, this is why people never come forward as witnesses to crimes, because they know what the consequences will be – they’re scared. There are twenty two different gangs in Hackney and because many of the children have either absent parents or parents that are simply incapable of looking after them, the kids turn to the gangs for support and for protection against other rival gangs etc …

Diane Abbott (MP for Hackney area) has recently come out and said that she would like to invite Jacqui Smith to go on a late night walk through Hackney. Okay, will that be a nice little meander down murder mile, where rival gangs frequently park their cars up, across from each other and have regular shoot outs?  There is so much going on in Hackney, that doesn’t reach the national press, perhaps it should. I think that perhaps Diane will take Jacqui to leafy, middle class, predominately media-ville Church Street, in Stoke Newington, they can both go to one of the cosmopolitan bars/restaurants there and have a leisurely Frappuccino. They will be safe there, or will they? I did meet a police officer, last year, who told me that his colleagues stopped and searched a teenage boy, on a bike, on Church Street; he only had a shotgun in his rucksack. He was drug runner apparently, the gangs like them young, something to do with the age of criminal responsibility. I don’t know.

The schools ARE doing the best they can to pick up the pieces, created by dysfunctional chaotic families. These families have no idea how to look after vulnerable kids. At the school I work at we have enrichment activities after school, homework clubs, sport activities, film clubs, literacy, numeracy clubs etc … So, that keeps them out of trouble for a further two hours and away from the dangers and temptations of living on the estates. They get a lot of intervention, in the form of behaviour mentors, educational psychologists, councillors. At the end of day there is only so much a school can do, we’re not social workers, or parents, we’re teachers, and this is why so many teachers get burnt out so quickly – teachers are trying hard to patch these kids up, trying to engage with them, teach them, show them a better, more worthwhile alternative.

*This woman is such a dedicated teacher, and I am full of admiration for her. She does the job because she loves some of the kids, she worries about them, it’s an unselfish labour of love.