My sympathies for Nadine 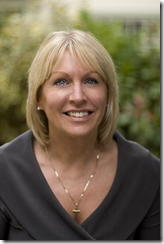 I lay in bed last night thinking about Nadine’s dilemma. I

expressed my disappointment yesterday that she had switched off her comment facility, which I feel is crucial to a blog.

Nadine indicated it was a time-issue, without mentioning that she had been targeted by hundreds of merciless "low-life" bloggers. I’m sure I would do the same in her shoes.

The furore followed her controversial posts on abortion and the science and technology committee on which she sits. Abortion is a subject Nadine feels passionately about. As an MP with a medical background, her judgement should be valued. She believes the committee was hi-jacked by those who have powerful financial vested interests in the abortion industry.

This is Nadine’s report on abortion, describing how she thinks MPs were misled and not presented with all the facts about foetal pain. MPs were discussing whether changes should  be made to the 24 week limit for abortions. They decided it should remain unchanged.

Nadine left a comment last night in response to my post. I do send her my sympathies, particularly being sent "scary" messages too late at night. It is unfair that her loyal following should be deprived of the chance to debate a very serious topic, that it should be hijacked in such a forceful way, leaving her no choice but to ban comments altogether.

I share Nadine’s hopes that she will re-open her comment facility when she feels comfortable about it. We want Nadine to continue writing her great posts without being under duress from cyber stalkers.

This is what Nadine said:

The fact is I was getting hundreds of comments. Many, as a result of what I have been doing with regard to abortion, some of which were absolutely vile.

There are some lovely people out there, but there are also some serious low life – and when you put your head above the parapet, as I have, the low life take aim.

I may, when my work regarding abortion takes a slower pace, re-introduce comments. However, in the meantime, having to deal with people who think it’s cool to re- post their comments 40 times a night, and there are dozens of them, so that it takes over an hour to sort out the email account in the morning is no joke.

The comments I now take on email are far more serious in content.

It would be great if I didn’t have a day and night job and could focus on the blog, but that‘s not why I’m here.

Very few of my constituents used the blog to communicate with me, but almost every person I meet reads the blog and therefore that is where I need to focus what little time I have.

I did take comments on my BB but I am afraid I had to stop that also when I started to receive some very weird posts late at night, which frankly scared me.

*I’ve just spoken to my technical adviser Geoff and he recommends Nadine should add blocks to prevent offensive comments and emails.