Would you recognise this abductor? 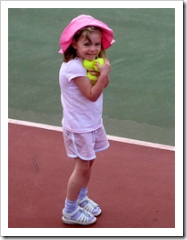 Would you recognise the face in this sketch? It is a copy of an artist’s impression used used by Portuguese police hunting the abductor of Madeleine McCann. It has been described as looking like “an egg with a side parting”. It has no eyes, nose or mouth, no distinguishing features at all.

How can police hope catch this evil person if they do not release any description locally, as well as globally, especially if the worst is feared, that she has been snatched by an international pedophile network. She was abducted a week ago today.

I do not see how a closed police culture can be successful in a desperate case like this where witnesses and forensic evidence are crucial. No photofits or e-fits have been published by the police on the grounds it is against Portuguese law to reveal any information about their inquiry.

There are also claims that Portugal’s Judicial Police, the equivalent of Britain’s CID, even held back from showing images of suspects to uniformed officers in the region, some police were not even allowed to see sketches of suspects until Monday – four days after Madeleine’s disappearance.

This report I wrote about the different approaches used by Ipswich police, who worked with the community, and their less communicative counterparts in Atlantic City, following the murders of a number of prostitutes, clearly demonstrates why a closed police culture does not work. Of course, there are exceptions, such as cases involving terrorism or national security. The fact that British police experts and Interpol are now helping must be a huge comfort to the McCanns, let’s hope their valuable experience is used to the full and Madeleine can be found. This is a truly heartbreaking story.