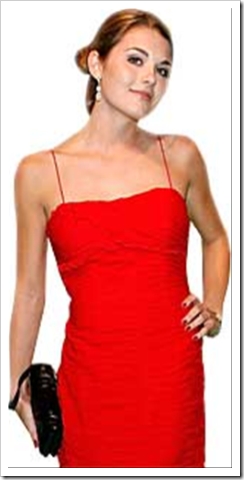 favourite sites had problems with Blogger. I left a few comments suggesting they switch over to WordPress like myself.

And especially as it seems that cool internet celebs are favouring WordPress too, according to top 25 internet celebrities listed by Forbes.com, including the No1 celeb LonelyGirl15, as well as Jeff Jarvis, Amanda Congden, Robert Scoble, Mike Arrington, Jimmy Wales, Merlin Mann and Om Malik.

Lonely Girl15 (pic) has become an extraordinary success thanks to Web 2.0.  To millions of online fans, she was first known as Bree, a 16-year-old American teenager. Unusually self-possessed and literate, Bree recorded her private thoughts into a digital video camera and posted them on YouTube under the name Lonelygirl15, where she attracted millions of fans.

In August 2006, the videos were exposed as scripted fakes, and Bree was outed as 19-year old New Zealand-born actress Jessica Rose. But this just increased her fame, and in the media, Jessica became the poster child for the phenomenal success of YouTube and user-driven Web content. Jessica is now being offered movie deals and recorded a commercial for a United Nations anti-poverty campaign.

Forbes is quite clear that the face of fame is changing. The Forbes.com Web Celeb 25 is a list of the biggest, brightest and most influential people on the Internet, from bloggers to podcasters to YouTube stars, these are the people creating their fame through the digital world.

So will these fame hungry digital discoveries ever reach the same dizzy heights as Hollywood stars, desperately fighting off the paparazzi? Jessica has proved that it can happen to anyone if they have the talent – and the looks. Do film and record producers trawl YouTube searching for new blood to catapult into stardom? Have you discovered any great cyberspace stars? Does it give them a level playing field?

Thanks to Geoff for posting me this info.