Will UK politicians advertise on our political blogs? 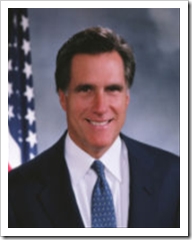 from their online discourse and interaction. If British politicians follow the example of what is happening in America, the chances are it could  happen here too.

Edwards’ blog ads began appearing earlier this month on sites including Daily Kos, MyDD, AmericaBlog, and Crooks and Liars. The ads offer links to Edwards’ video message from New Orleans announcing his candidacy, hosted on YouTube, and to his campaign site.

His campaign team also plan to use social networking sites like Facebook and MySpace, as well as SMS messaging to bring people to the campaign site. He said  the Web was central to their goal of creating a truly national grassroots campaign in 2007 and 2008.

Romney has also run a series of blog ads on right and libertarian-leaning blogs, including OutsideTheBeltway.com, RightWingNews.com, the Townhall.com blog network, and Powerline.com.

Romney’s campaigners are planning an “aggressive, innovative and integrated campaign” that will include search marketing. He hopes the blog ads will reach the most influential voters.

Do you think it will happen here too, that this kind of campaigning and advertising will be effective? Will the message mainly reach political geeks when we need to target voters who don’t read political blogsites? Besides using the social networking sites, should they be advertising on non-political sites too in an attempt to engage with wider audiences? I suspect it will only be the big guys like Iain and Guido, as well as ConservativeHome, that will be used by our Tory politicians if it did happen here.

Incidentally, it seems that Romney is a Mormon, which would make him the first Mormon American president if successful. So why has he only got one wife?