How can I stop my friend Sue from drinking herself to death? 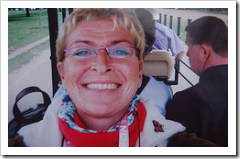 Today my friend Sue should be celebrating her 50th birthday, she is a real party animal and had been planning a bash. Only drink got the better of her first – or should I say the worst.

As a result she is in a vegetative-like state in the Queen Elizabeth Hospital, King’s Lynn, virtually comatose,

unable to recognise me or to speak, simply lying flat on her back, staring up at the ceiling, waiting for medical results about possible damage to her organs.

Tears filled her eyes as I stroked her face in sadness and disbelief at how my former fun-filled friend, generous to a fault, could have ended up like this. It doesn’t help that her husband is a tax exile and has to spend half the year out of the country, always away for Christmas and her birthday. She was distraught that many of her friends died young in recent years, but it was the grief of losing her mother that I think finally pushed her over the edge, they were inseparable.

I have watched Sue’s decline over the last few years and pleaded with her to seek professional help, to call Veronica, a reformed alcoholic who runs a clinic in Cambridge, but she never did. I called the police a few months ago when her slurring, inaudible voice tailed off on the phone and I feared the worst. It was her friend Celia who found her barely alive on the kitchen floor just before Christmas.

Sue used to be a beautician and a cordon bleu chef, she was clever and bright, witty and entertaining. Yet she ended up being shunned by friends who found her unpredictable behaviour and outbursts upsetting, she alienated herself from everyone, even my younger son found her actions scary at times.

She used to seek solace at the convent school she attended as a child, helping out with gardening and odd jobs, only the nuns banned her visits when it was noticed she was sipping vodka from her hip flask while weeding. It would be laughable, except it isn’t when it is your friend who has lost all restraint, the will to win the battle of the booze, sinking into a deeper and deeper stupor to drown out your personal sorrows and inadequacies.

My concern is that at the end of the day, Sue has nobody close by her side to help her through this, her husband is flying home from Rio de Janeiro today where he captains a ship, but it won’t be long before he is off again. He is naturally at his wits end too.

Sue is a toughie and I’m hoping she will pull through, though we don’t yet know if she will retain the full use of her faculties. It is certainly a sober warning about the vice-like grip which alcohol has. What can be done to help our lost souls like Sue?