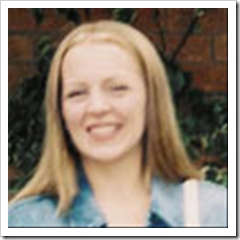 A month ago I highlighted this very subject and asked whether we should legalise brothels. That very same message is now being endorsed by a local newspaper following the death of a prostitute from Ipswich, a young

woman of 25, and the disappearance of a second prostitute from the town, aged 19.

A murder investigation has been launched by Suffolk police following the discovery of the naked body of Gemma Adams (pic) which had been dumped in a stream. She had been missing for two weeks.

There are also considerable fears for the safety of Tania Nichol, who disappeared from Ipswich more than a month ago. Detectives have said the disappearance of the two women, who were friends, had “obvious similarities”.

This terrible scenario has prompted renewed calls from English Collective of Prostitutes for legalised brothels to be set up. They argue it would stop women being forced to ply their trade in dark back streets.

An editorial in the East Anglian Daily Times has backed them saying:

“Legalised brothels take away the element of danger. The girls work in a safe environment, their sexual health is checked regularly, thus reducing health risk for their customers. It also removes red-light districts from towns.

“If this admittedly controversial change is not made, then more prostitutes like Gemma will meet violent deaths.”

If anyone else died while carrying out their profession, health and safety inspectors would soon be investigating, as well as police, isn’t it time that some measure of safety was also be offered to prostitutes?