Should Jon Snow wear a poppy on TV? 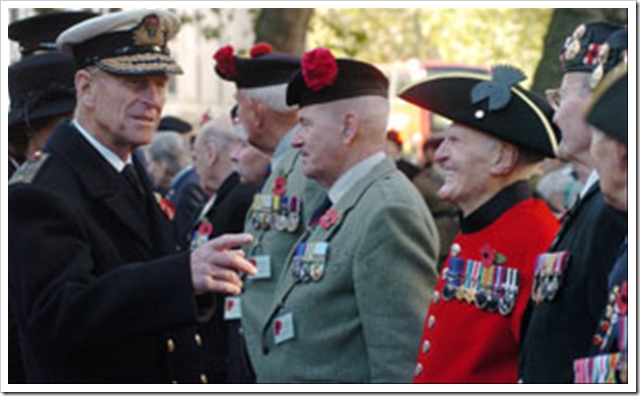 Will TV anchorman Jon Snow buckle under pressure from “poppy fascists” and wear a poppy when presenting Channel 4 news tonight? I don’t think so. Here

is what he said that has caused so much rumpus:

“The Poppy issue is an interesting one – opinions are much more bitterly divided and assertively put than on any other symbol.

“Fiona Bruce is to be allowed to continue to wear a crucifix, or a cross-shaped item of jewellery. I am allowed to wear unspeakably bright ties. But there’s a world of difference there that we should be assertive about.

“My ties are abstract – I do not believe in wearing anything which represents any kind of statement. You may say my ties, my socks are a statement anyway. But of what? A statement of rebellion? Joy? Absurdity? You see we don’t know what the statement is – if indeed there is one – and that is as it should be.

“I am begged to wear an Aids Ribbon, a breast cancer ribbon, a Marie Curie flower… You name it, from the Red Cross to the RNIB, they send me stuff to wear to raise awareness, and I don’t. And in those terms, and those terms alone, I do not and will not wear a poppy.

“Additionally there is a rather unpleasant breed of poppy fascism out there – ‘he damned well must wear a poppy!’. Well I do, in my private life, but I am not going to wear it or any other symbol on air.

“I respect our armed forces, the sacrifice and the loss, and like others I remember them on Remembrance Sunday. That’s the way it is. I won’t be wearing a black tie for anyone’s death – I don’t for my own relatives, so why on earth would I for anyone else’s? “

So Jon is very much his own man, and was just as forthright in his younger days. The son of a Bishop, he failed to complete his law degree after being “rusticated” for his part in a student demonstration. His life has been as colourful as his eye-catching ties and socks. However, his outspoken views are not necessarily shared by his colleagues.

I think Jon is being pig-headed and insensitive. He is not against wearing poppies, and there is a big difference with the message behind a poppy compared to many of the other well-meaning causes he also refuses to publicly support, the poppy invokes feelings of national pride. It would appear that Jon objects to being told he is expected to wear one by his boss when doing his job. That seems quite churlish and deliberately defiant and I wonder how much of this rebellious streak goes back to his childhood, perhaps trying to break away from the constraints of a strict religious background.

Jon must recognise that he is a public figure, that at the moment we are thinking of our troops in Iraq and Afghanistan. Remembrance Day brings the nation together to remember those who died in wars to help give us the freedom we enjoy today.

The Royal British Legion says more than 80% of people in Britain will observe tomorrow’s two minute silence. And new research found that 85% of people think the silence is still relevant today. They will naturally be very disappointed by Jon Snow’s stand on this. I do hope Jon will be big enough to change his mind and wear his poppy tonight.

Do you feel it should remain a private matter between Jon and his conscience? What does Remembrance Day mean to you? And what do you think about white poppies, I must admit I’ve never seen one, should this group choose another time to promote their peace message?